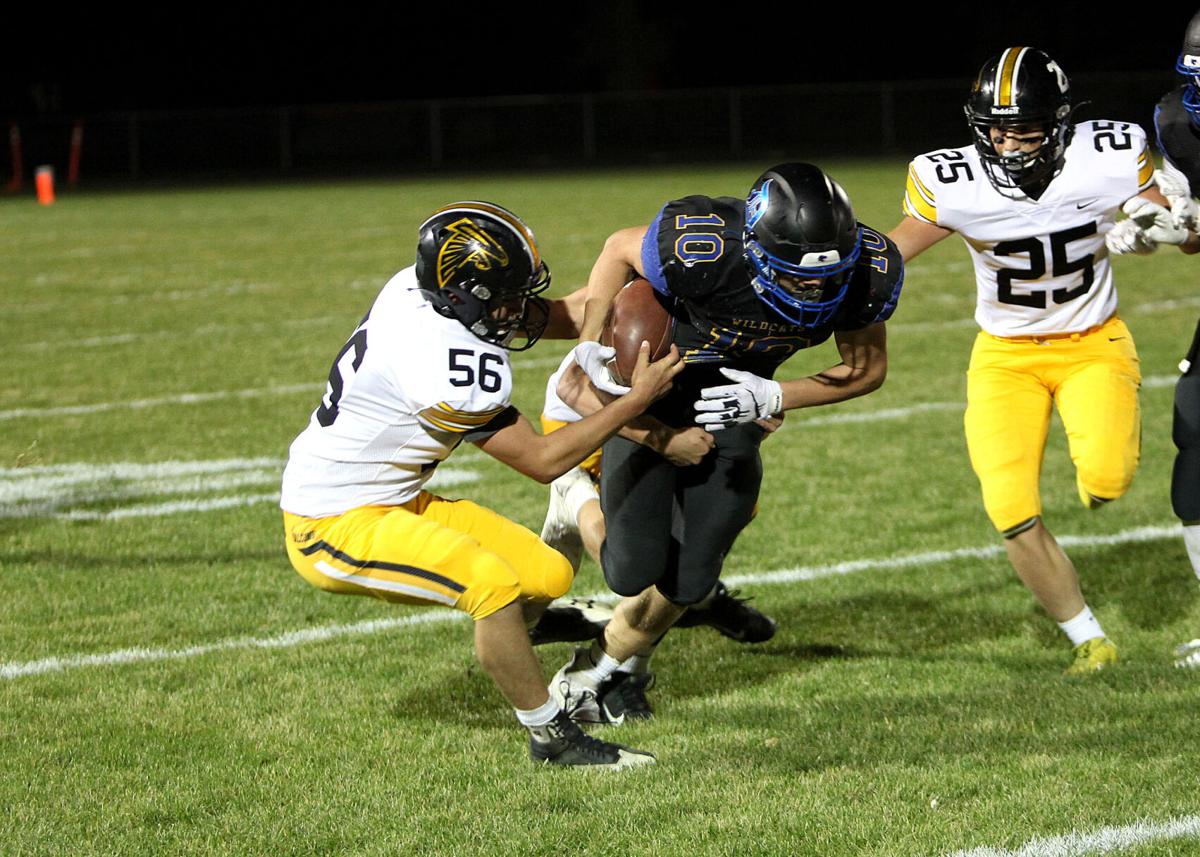 Durant's Nolan DeLong runs for the first down as Louisa-Muscatine's Parker Stender tries to strip the ball during the first half of Thursday's playoff opener. 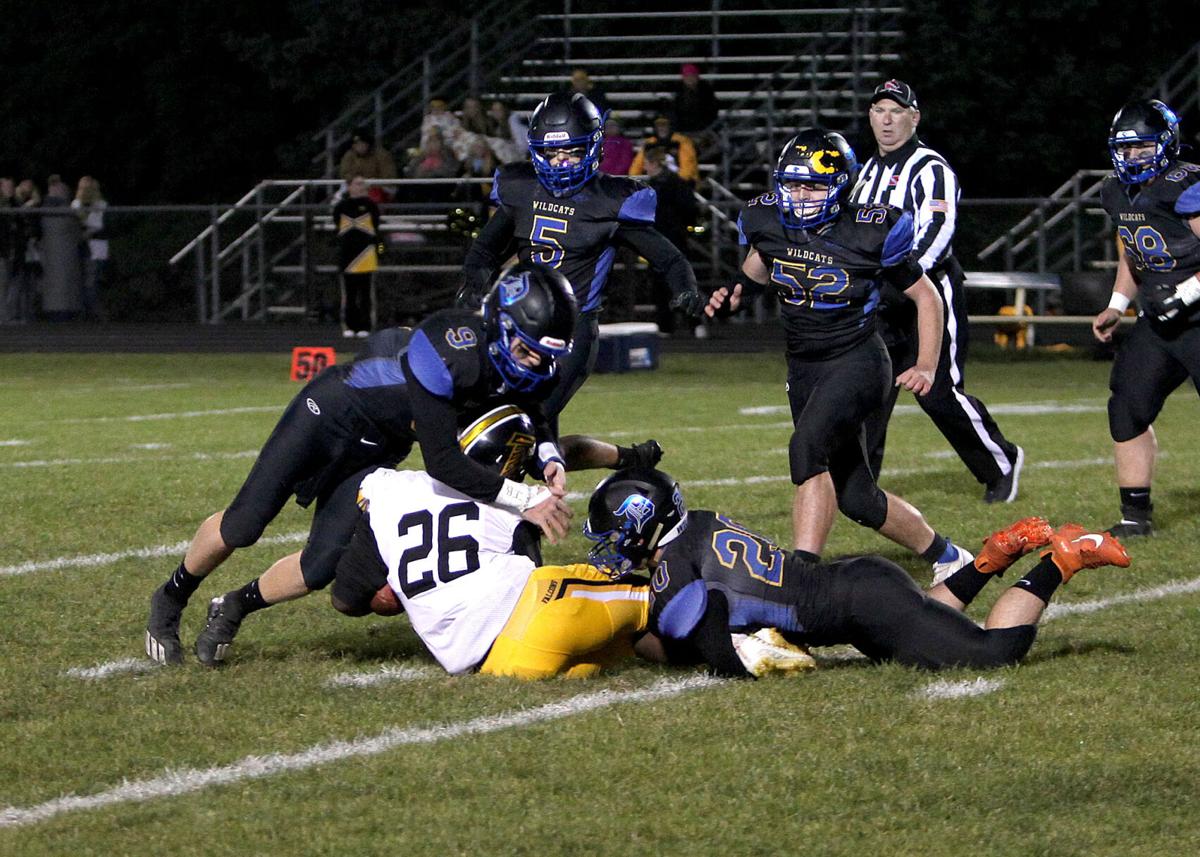 So, when the Wildcats and sophomore running back Nolan DeLong got a chance to do that Thursday night, they did it in a big way.

DeLong rushed for 323 yards on only 14 carries and scored six touchdowns as Durant really began clicking in the second quarter and rolled to a 55-21 victory over Louisa-Muscatine in the opening round of the Class 1A playoffs.

The Wildcats (4-3) now must wait to see who wins Friday night’s game between Dyersville Beckman and Northeast Goose Lake to see who they play in their first-ever second-round game.

"It was amazing," Delong said after his career-best effort. "This was our goal from Day 1 this year, from July 1, when we first started lifting. To be able to come out and get this win means a lot."

DeLong had an awful lot to do with it. He started somewhat slowly — for him — with only 71 yards in the first quarter but then ripped off 185 yards on six carries in the second quarter alone. He played one snap in the third quarter, rocketed straight up the middle for a 67-yard score, then took the rest of the night off.

"I wouldn’t say I made it look easy," DeLong said. "I really didn’t have to do much because my line does such a great job. There was some of those plays where I hardly got touched so I give all the credit to them. They work their butts off day in and day out."

Durant coach Joel Diederichs pointed out that DeLong did get touched quite a bit on a few of his early touchdowns but he just kept getting stronger.

"He was just getting his motor running," Diederichs said. "It’s a blessing to have him. On a couple of the first ones, he made a couple of moves and he’s basically 1 on 5 making moves and getting first downs. He’s a special talent. He makes the offensive coordinator feel a lot better."

DeLong now has 1,482 yards in just seven games. He broke Durant’s single-season rushing record with a 17-yard run with about two minutes remaining in the first quarter.

Louisa-Muscatine coach Eric Gabe certainly has seen enough of the kid for awhile. The 6-foot-1, 190-pound sophomore rushed for his previous career high of 299 yards in an earlier 49-0 win over the Falcons.

"He’s a good football player …," Gabe said. "I don’t know if anybody in the state can replicate what he brings on a practice squad. Our game plan was right. We had guys right where they needed to be. We’d have two, three, four guys right there and he just made plays.

"The scoreboard didn’t show it but we played a lot better defensive football than the first time we played them," he added. "He’s a special player and he just made some big plays."

L-M (1-7) showed some fight at the end, scoring a pair of late touchdowns in the fourth quarter, thanks to a Durant fumble and a 104-yard rushing effort by Emmanuel Walker.

It actually was the first playoff game played in the state for 2020. It was moved up a day to allow L-M people to attend Friday funeral services for assistant basketball coach Cory Kahl, who passed away this week.

Durant's Nolan DeLong runs for the first down as Louisa-Muscatine's Parker Stender tries to strip the ball during the first half of Thursday's playoff opener.