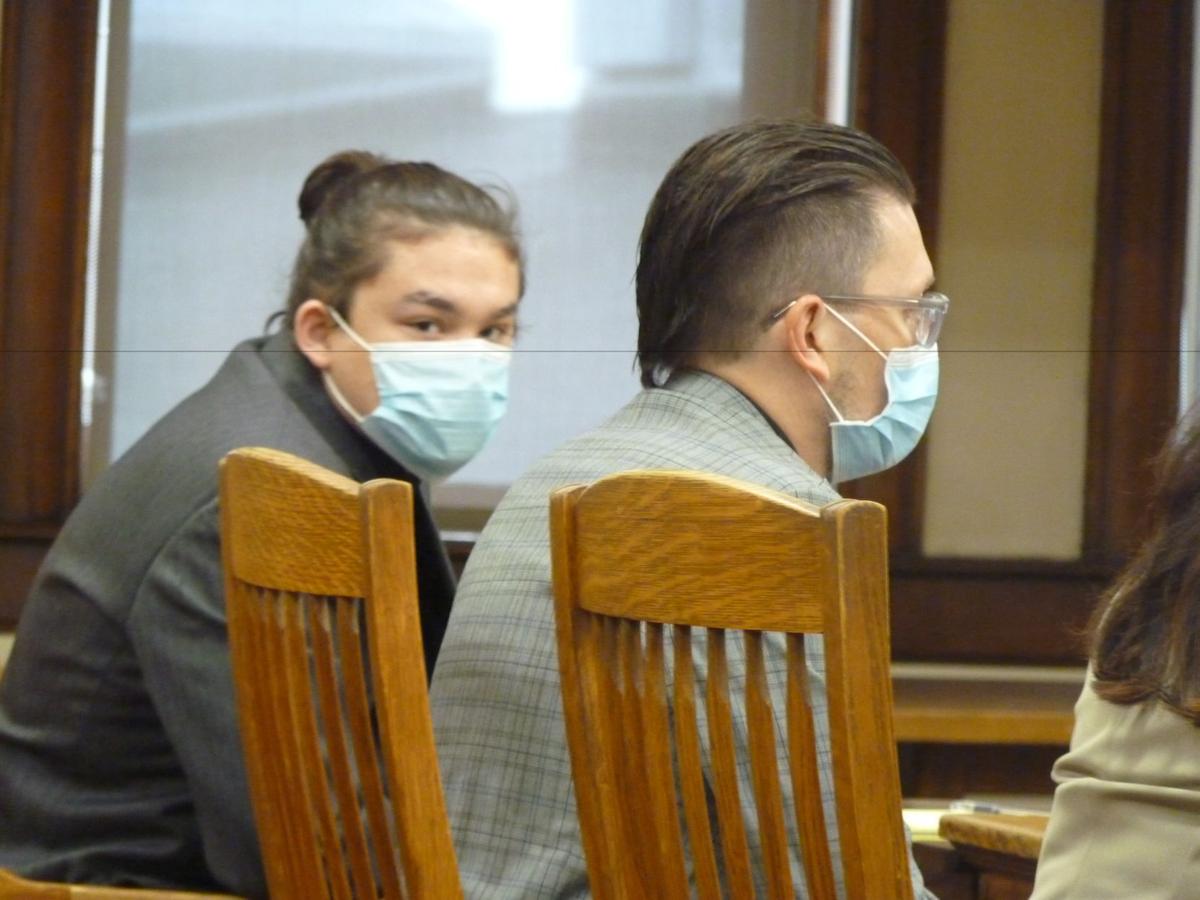 Milton Serrano, left, was convicted of second-degree murder in the stabbing death of Chantz Stevens. 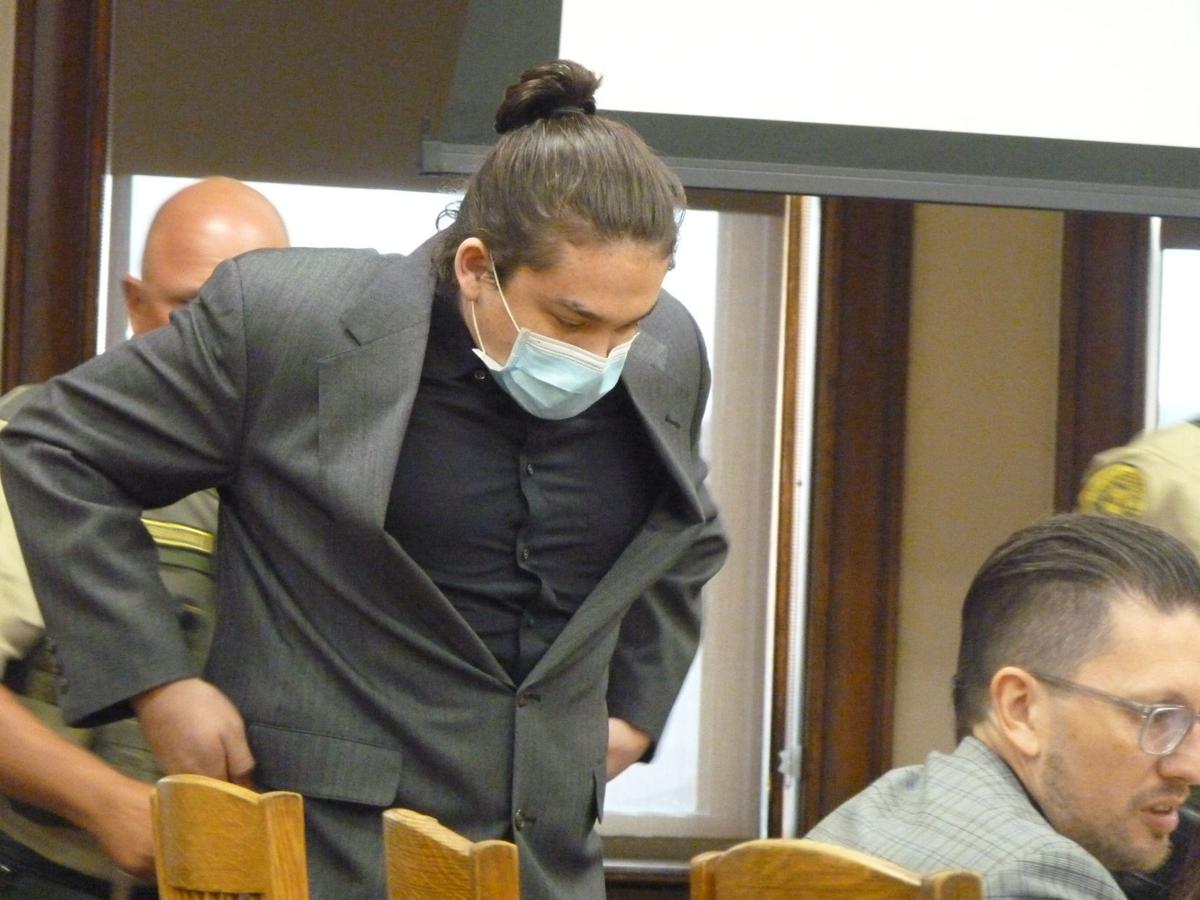 Milton Serrano wore a mask during most of the first day of his trial for first degree murder in Dubuque County.

DUBUQUE — The prosecution and defense in the murder case of Milton Jermaine Cole Serrano Jr., rested and the jury sent home for the day. Closing arguments and jury instructions are set to begin Tuesday morning.

Serrano, 23, of Muscatine, is accused of the stabbing death of Chantz Stevens, 19, Wilton. Serrano declined to testify in his own defense. The defense called no other witnesses.

On June 19, 2020, police were called to a homestead outside of Tipton to reports of a stabbing. When they arrived they found Stevens with two stab wounds. Responding officers had attempted to revive Stevens to no avail. He was pronounced dead at 3:12 a.m. July 19.

Serrano was later arrested at a house in Muscatine after partygoers reported he had been the one who had stabbed Stevens. It was reported Serrano had keyed a car, a charge he has pleaded guilty to, and was asked to leave. Two fights had reportedly broken out as a result of him not leaving. After the party, Serrano allegedly made Snapchat and Facebook posts about the fights.

Defense attorney Miguel Puentes made a motion for acquittal, arguing the prosecution's case didn't meet the requirements for a charge of first-degree murder, specifically claiming the prosecution had not proven intent to kill or that he had planned to kill Stevens. Judge Mark Lawson denied that motion.

During Monday's testimony, jurors heard about the morning Serrano was taken into custody. Since the trial began Wednesday, jurors had heard from 25 witnesses for the prosecution, including 17 partygoers who described what they had seen as Serrano got into fights, first with Austin Hubler and then with Stevens.

In a taped interview with the Iowa Division of Criminal Investigation, Serrano told investigators he was "jumped" by several people at a party in rural Cedar County. He told the agent he didn't know Stevens, and didn't know he had died until agents told him. Several times Serrano asked why he had been brought into the sheriff's office when he was the one who was jumped. He also said if anyone was hurt, it didn't have anything to do with him.

Muscatine County Sheriff's deputy Matt Bowers testified he had spoken with Serrano after his interview with DCI. During the discussion, Serrano admitted that he had pulled out a knife as he was being jumped by several people. The discussion was recorded and the video of the discussion was played for the jury.

"Mother f---ers jumped me so I pulled out a f---ing knife," Serrano was shown on video saying to Bowers. "I started just swinging that b----."

When asked if he stabbed someone, Serrano said he had because he was being assaulted. The video also showed Serrano saying he was scared and asking Bowers "did he really die?"

Jurors saw photographs of the Sherman Street apartment where Serrano was taken into custody. The photos included several items Serrano allegedly used to clean blood off himself. There were also several pictures of Serrano showing that he had been injured during the fights. There were several cuts and scrapes on his face, back, arms and legs. He also reported that his shoulder had dislocated during the first fight.

Milton Serrano, left, was convicted of second-degree murder in the stabbing death of Chantz Stevens.

Milton Serrano wore a mask during most of the first day of his trial for first degree murder in Dubuque County. 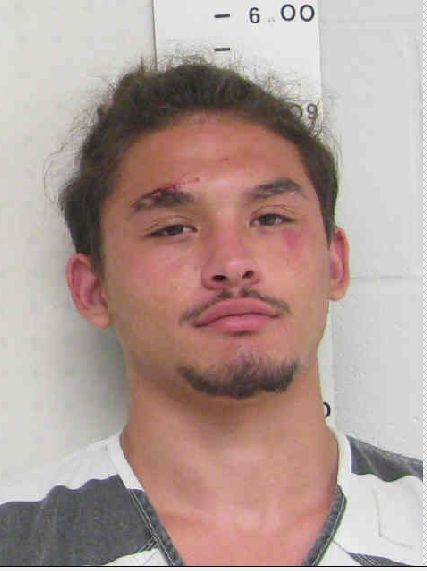