Cafe Confidential: UTHS cafeteria is a palace and my lunch mates were kings
View Comments
Share this
{{featured_button_text}}
1 of 3 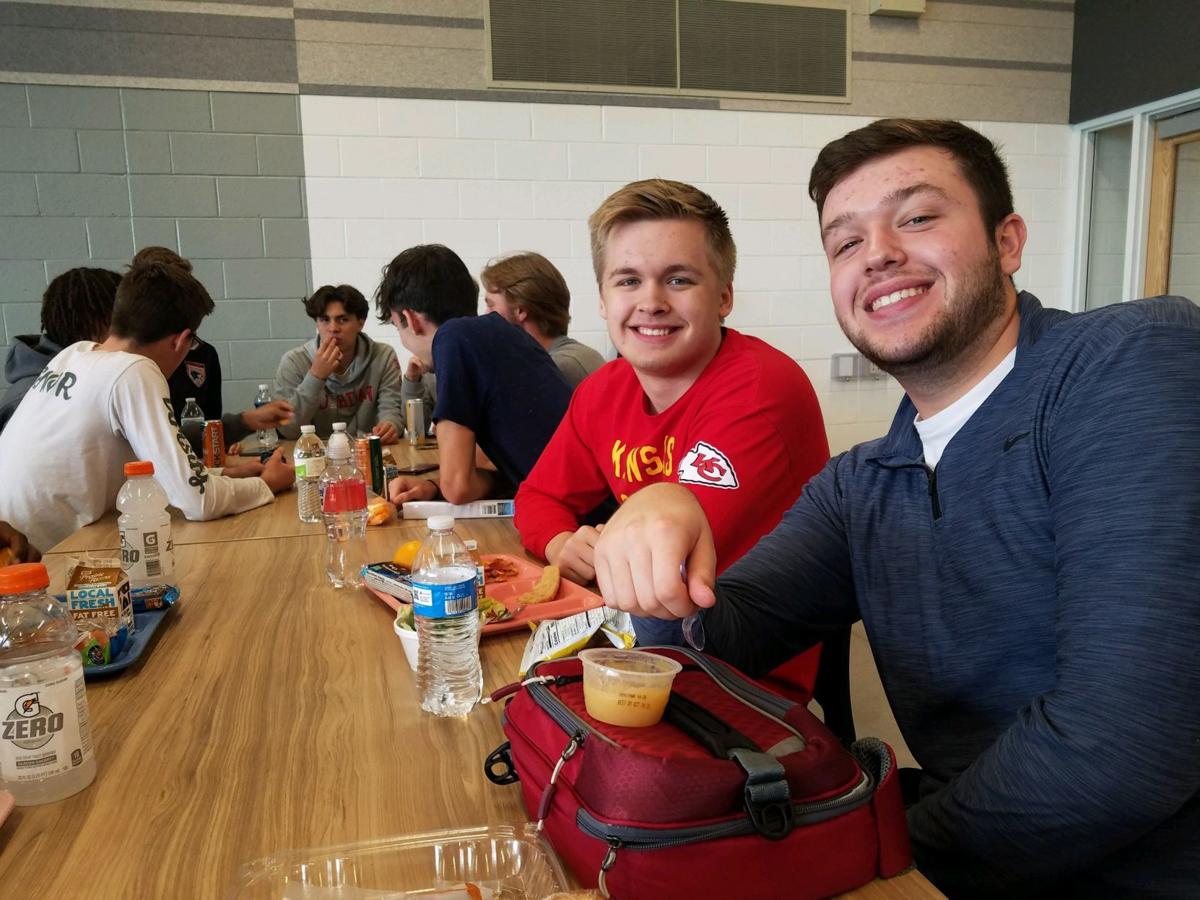 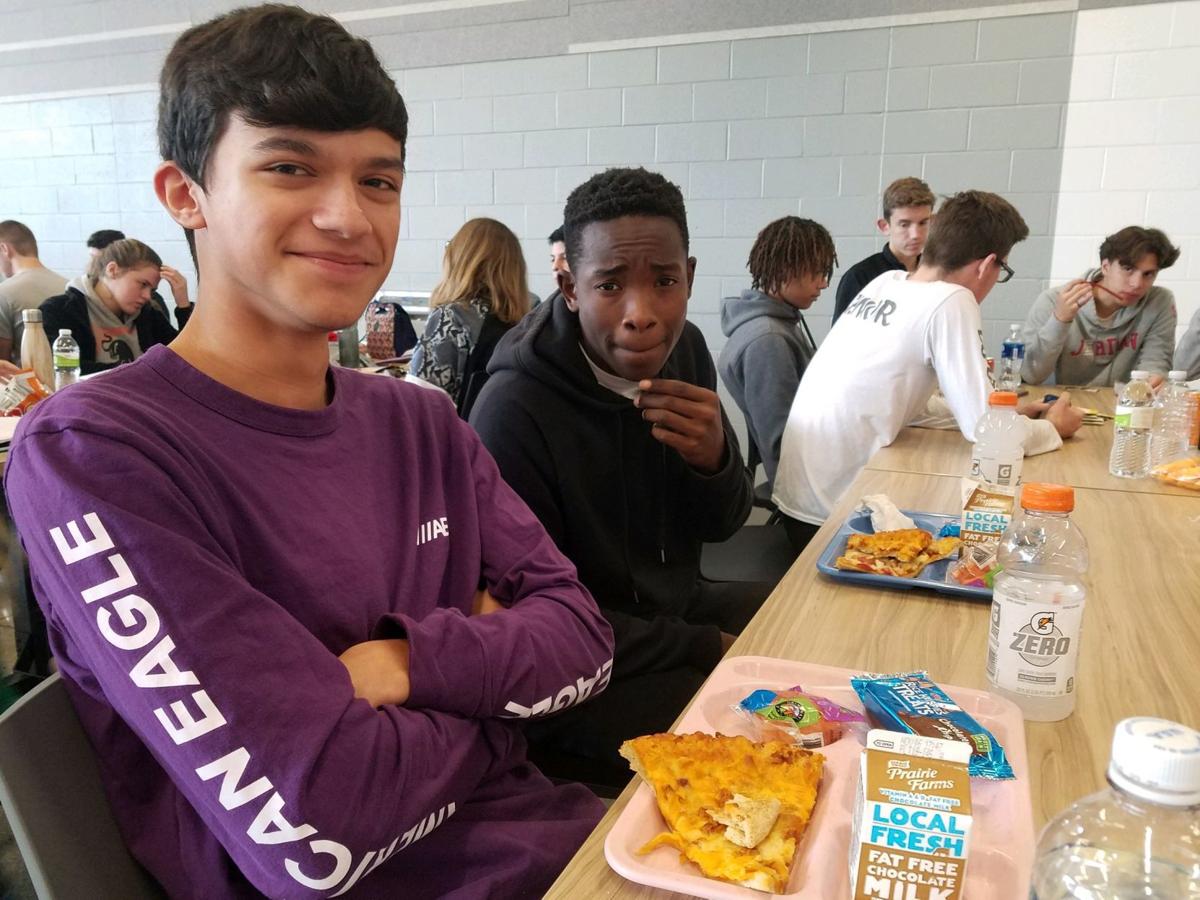 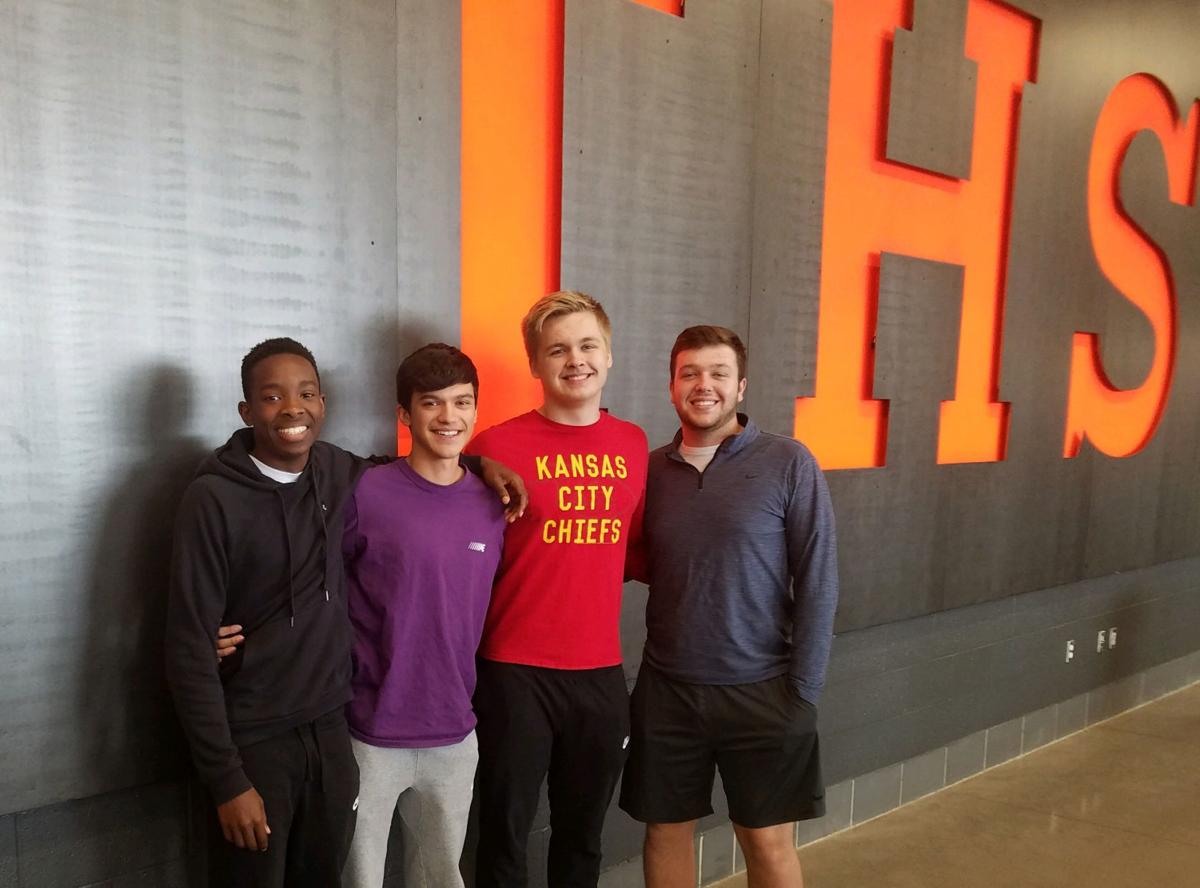 EAST MOLINE — Let's dispose of the elephant in the room.

With all due respect to other high schools, it will take a Paul Bunyon-like effort to one-up United Township High School's monster-sized, ultra-modern cafeteria and commons.

Wow! Awesome on so many fronts.

On top of the awesome digs, the food was good and the conversation — a 45-minute Cafeteria Confidential with seniors Daniel Ruiz, Michael Merrick, Helmut Soglohun and Noah Jansen — was top-notch on all fronts.

The $10-million worth of infrastructure improvements at UTHS looks great. The school's facade, its entryway, new offices, new library, cafeteria and commons was just the pick-me-up the Panther faithful needed.

I love what they did with the place.

My group sat at the south end of the commons, at a table with seating for a dozen. While we were eating an intense and interesting game of UNO broke out at the far end of our table. One dude took great exception to us sitting where we did and wouldn't let it go.

Who knew it was that big a deal?

The commons, which hosted the UT homecoming dance, relieves any congestion of trying to feed 1,600 high schoolers over four lunch periods. It has to be the coolest high school lunch area around.

• Ruiz is a National Honor Society member, a baseball player, a member of the Student Council and works with the Suicide Prevention Club. He is looking at a future career in architecture.

• Soglohun plays soccer, runs track, is involved with the National Honor Society, Student Council, Foster's Voice, the Link Crew, Interact Club and is a Junior Rotarian. He would love to be Olympian and will explore a career in the medical field, possibly occupational therapy. The University of Illinois-Chicago is on his list of potential colleges.

• Merrick is a member of the Student Council, plays basketball and is also part of Foster's Voice, the Panther Posse and Link Crew. He is leaning toward the University of Kansas and a possible career in broadcast journalism as an analyst.

• Jansen plays baseball and basketball, is a National Honor Society member, and is part of both the Interact Club and Letterman's Club. He says a two-year stint at Black Hawk College is in his future. After which he then hopes to finish earning his engineering degree at either Illinois State, Iowa State or the University of Wisconsin-Platteville.

All four were insightful, personable and just the right mix of being hard-nosed and understanding. If Merrick, Ruiz, Jansen and Sogluhun are our leaders of tomorrow, we are in great shape.

I had the grilled chicken, and it was amazing, but the chef salad was the best, and most filling, salad I have ever eaten in a cafeteria. If you are hanging out at UT, get it. It's like three meals in one.

Jansen noshed on a homemade turkey, salami and cheddar cheese sandwich his dad packed him. The rest of the group gave the pizza a solid 3-plus, enjoyed the Rice Krispies treats but begged for mini Bosco Sticks. Whoever this Bosco dude is, he is popular among high schoolers. Everyone loves Bosco sticks.

Note: I caught the nice lady at the checkout lane by surprise, springing for the lunch of my crew. I don't believe I will be getting a Christmas card from her this year.

The food at the UT cafeteria gets a 3.5 out of 4 pizza slices. Time did not allow me to get a slushy or hot chocolate from the cool corner cafe in the commons. My next visit I'm checking it out.

All four of my lunchmates love the new look at UT. No sooner did they say the new library was too big, they backtracked, singing the praises of private workspaces and all that library offers.

"I'm glad we get to benefit from the project,'' Merrick added. "We came in as freshmen and heard it might happen, and then when it started you hoped everything would be done in our time. The place looks great.''

Sogluhun, with approval from the group, kept rolling about the education he has received at UT.

"Take Mrs. (Heather) Monson, just today she brought in a bunch of food,'' he said. "Oranges, other fruit, doughnuts. She did it to keep us engaged. She is always thinking about us and how to make us better. She wants us involved in discussions, and she wants us to do more than take notes and memorize something. She cares. It's why she is one of the best.

"Don't forget Mr. (Scott) King,'' Merrick said, jumping in. "He stands out. There are many great teachers here. I think it's what sets us apart from other schools, so many teachers that care about us.''

Merrick, who works at a kiosk at NorthPark Mall, owns a 2012 Ford Fusion, to which he makes car and insurance payments. His ride has a shade over 31,000 miles on it, and he says he must take care of it. "If I'm making payments I might as well keep it in good shape,'' he said. "It's a really nice ride,''

Ruiz says his 2007 Toyota Corolla is the perfect car and is in great shape for having 147,000 miles on it. "We've had it for five years and it runs good and I try to take care of.''

Sogluhun says his 2007 Honda Civic, with 180,000 miles, is just getting broken in. He has no complaints about his ride and says he's fortunate to have his own set of wheels.

My lunchmates said there were folks they didn't know, but they have a strong, tight group that they hang out with.

"My core group is sitting at this table, and while there are others I have as friends, the people around this table I know,'' Jansen said, getting a nod from the group. "It's a matter of trust. It's just easier with people you have grown up with.''

"I have people in a class I have gone to school with for four years and I don't know them,'' Merrick added. "That's OK in this case because you have people you know and you trust. Is there drama in high school? You bet. It's high school. After this, you move on and you find others to hang out with, but you still have the people you know and trust from here. This place (UT) is OK.''

My UT crew will all turn 18 before next November's election and beat me to the punch before I asked. The response from the group left me feeling our young people have a grasp on the world around them.

"Yes I'm voting,'' Ruiz said. "I'm exercising the right. There are some things in this country that need to be changed. We need to look people in the eye and talk to them if we disagree. I mean talk, not just throw insults at them if they have a different opinion. I'm not saying I have the answers, but I respect someone's right to say what they want, even if it differs from me. We have to change, man. We have to be better.''

As soon as Ruiz finished his point, Soglohun jumped from his seat.

"We are both too sensitive and not sensitive enough in this country,'' he said. "Our country is being led by a political child. There is no one with any great vision leading our country. You don't hear anyone — especially our leaders — talking about having an impact today and the future. Each day President (Barack) Obama was in office, someone — him as well — talked of doing better, having a beacon of hope. It's just not the case today. You bet I'm voting.''

And with that, "A'' lunch ended. After a photo, my lunchmates went about their day.

We are in good hands, folks.

I got a good look at our country's future during my visit to United Township High School, and our future looks bright.