SHANE BROWN: The power is out. What would Laura Ingalls Wilder do?
0 Comments
Share this
1 of 2 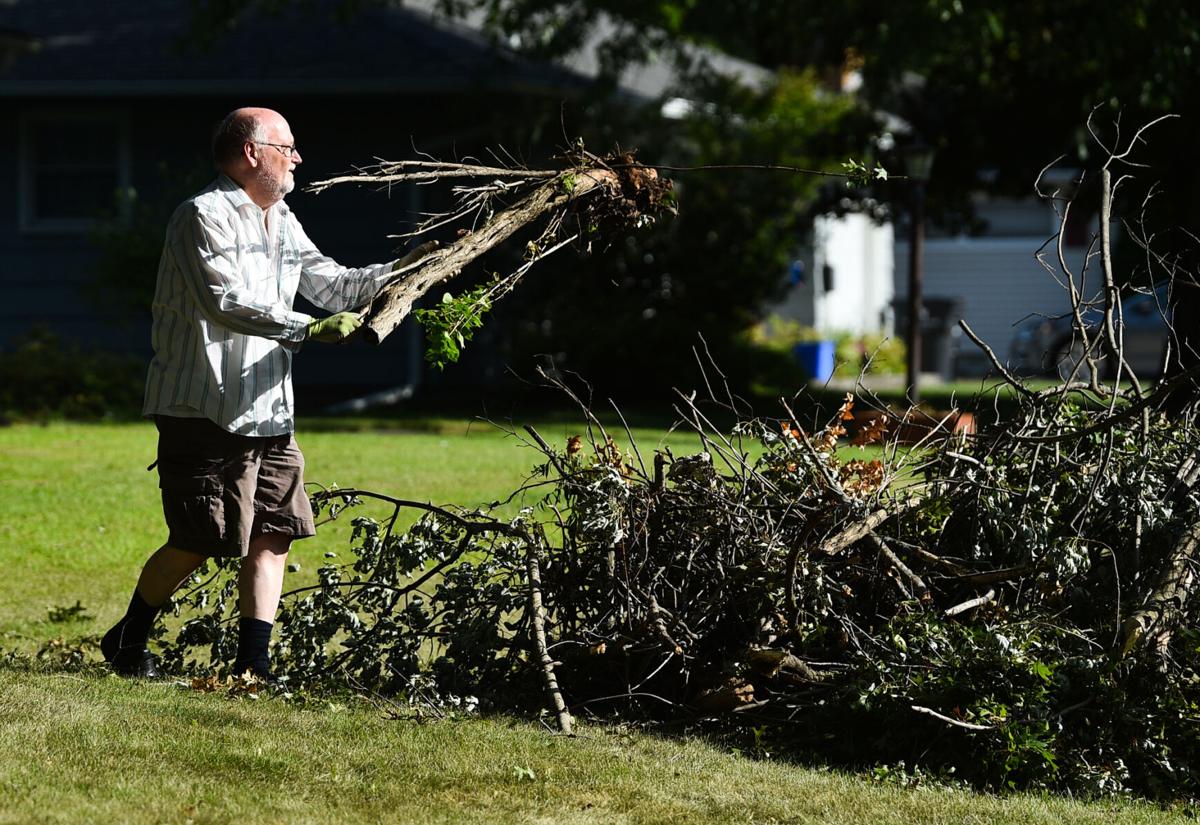 Russell Kennedy, of Rock Island, clears a way branches from his yard Wednesday, Aug. 12, 2020, in Rock Island. A Derecho storm went through the Quad Cities Monday with winds reaching 70 to 80 miles per hour. 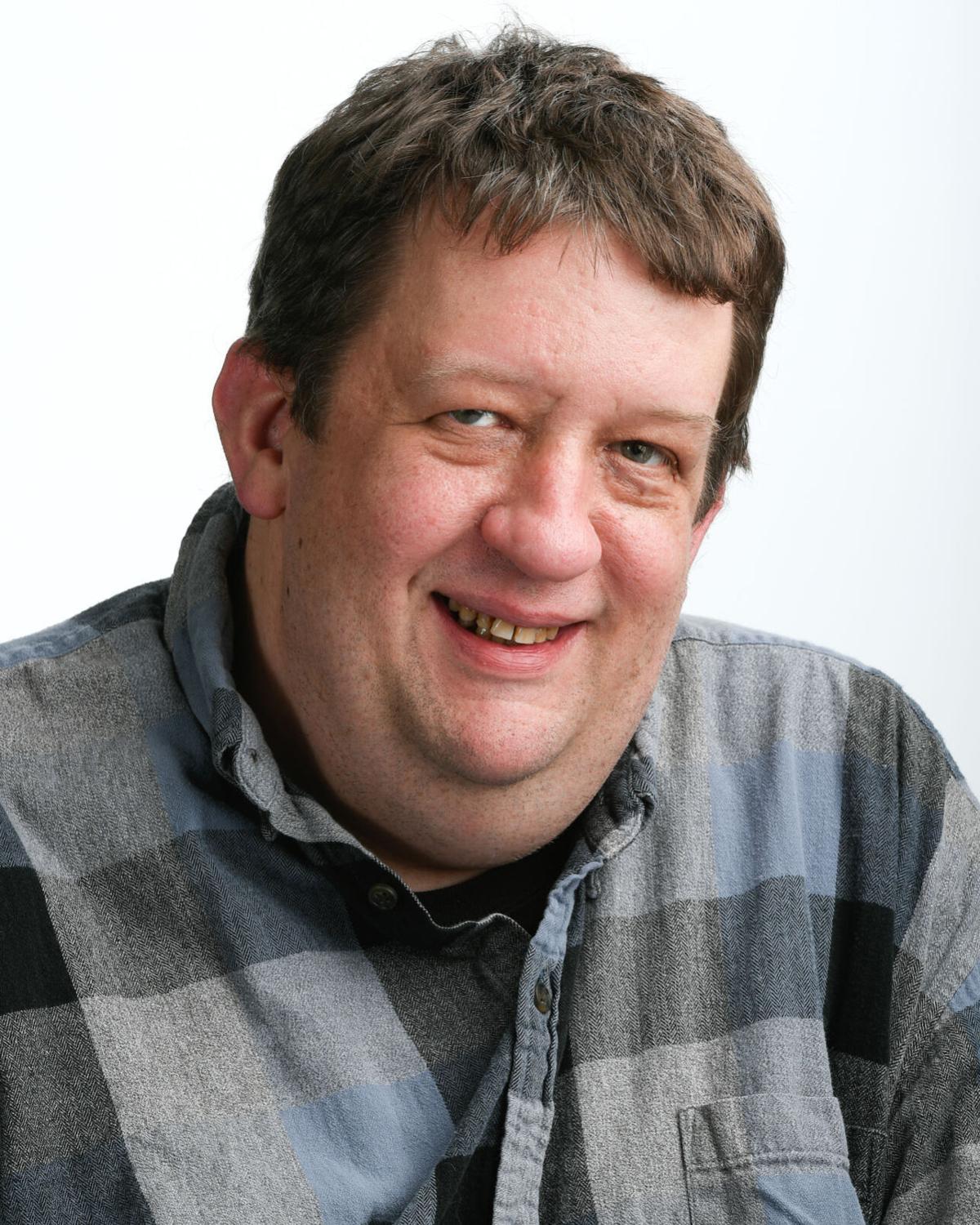 Right now, someone somewhere is likely paying good money to hang out in a quiet place. Entire business models exist around the concept. You can go relax at a tranquil spa. You can take a vacation to a completely isolated getaway. You can float in one of those sensory deprivation tanks. Experiencing pure calm and serenity is said to improve your cardiovascular health, reduce stress and tension, and even increase creativity and cognitive function.

Like many of you, I got to experience a full evening of absolute calm and serenity at the hands of our surprise derecho last week — and I've got to say, I'm not a fan. Serenity is definitely overrated. I am now officially 100% pro-noise.

As I detailed in last week's column, I was home on my lunch hour when our derecho friend (I call him Derek) popped round for a quick visit to steal our power, trees, crops, and even a couple of wayward trampolines. Later that night, once my alley was sufficiently cleared of debris, I ventured out assuming I could find limitless food options once I reached a neighborhood with power.

That neighborhood ended up being the I-80 truck plaza in Walcott, where I — along with a measurable percentage of the Quad Cities — waited in line for almost a full hour for a meal from some VERY stressed-out fast food employees doing God's work that night. Normally, when one leaves Walcott and heads east, you're greeted by the warm glow of the approaching QC metro. But THAT night, darkness was king.

After narrowly avoiding about 18.2 traffic collisions, I eventually made it back to my pitch black house and struggled to find the only two candles I own. They are NOT especially functional, but that's because their function is to smell like cinnamon rolls, NOT provide light to a powerless home. Not that it mattered, because I only kept them lit for about five minutes. It turns out the OTHER occupants of my home must have skipped cat school on the day they taught the "fire is bad" lesson. No sooner had I set the lit candles on the table than two of my furry friends attempted to run headfirst directly into the flames.

For the safety of felines and human alike, I extinguished the candles and sat on the couch in total darkness going, "Now what?" I didn't even know where my phone was. "HEY SIRI," I yelled to the open air, "TURN ON FLASHLIGHT!" Somewhere on the table in front of me, I heard my phone croak, "I'm sorry, network not found." I wasn't just without power, cable, and internet — I was without phone service, too. I was 100% cut off from society. You know, like the pioneers. The only thing I could think to do was document my harrowing journey through isolation for future generations to learn from. Just as Laura Ingalls Wilder once did, I picked up my iPhone, opened Notepad, and began a diary of my tribulations.

10:25 p.m. In the back of my mind, I vaguely recall having existed from 1971 until June of 2007 without a pocket device connected to all of the world's information, but I'm not sure how I did it. I could have urgent e-mails to reply to. There could be people on Facebook this very second wanting to be MY friend. HOW AM I SUPPOSED TO SLEEP NOT KNOWING WHAT KYLIE JENNER ATE FOR DINNER OR WHAT SHOES SHE'S WEARING?

10:35 p.m. Okay, maybe I can live without 24/7 access to the Kardashian clan, but let's be honest: It's scary to NOT be able to keep tabs on Trump's Twitter account. Whether you love or hate the guy, we need social media to keep up with him. I reckon there's a 20% chance he's named Ted Nugent as Postmaster General by now.

10:50 p.m. When I moved into this place, I thought it was crazy quiet. Nope. THIS is crazy quiet. Even as its most silent moments, there's usually still the hum of the fridge, the a/c, the air filter, and whatever I'm watching on Netflix.

11:14 p.m. There is a horrible monster somewhere in this house making a terrifying noise. Tell my mom I love her.

11:18 p.m. Correction. There is a snoring cat somewhere in this house making a terrifying noise. Mom still has my love.

11:24 p.m. There is nothing more horrifying in a dark and silent house than the sudden sound of laughter NOT coming from me. I figure either (a) a couple people are walking down the sidewalk outside, or (b) the Children of the Corn are here seeking retribution for their homeland getting blown over.

11:26 p.m. The laughter has subsided. Either they've walked on or taken notice of my neighbor's tiny corn patch in her garden.

11:28 p.m. Tiny corn sounds good. I wish I had a can opener that didn't require electricity.

I didn't bother transcribing what followed. I only know how to strum three chords, and I couldn't make out their faces well enough to see whether or not the cats enjoyed my one-man ukulele salute to the Ramones. Somewhere around trying to remember the words to "Beat on the Brat," I fell asleep on the couch.

Thankfully, when I woke up, I had power and phone service. Cable and internet returned the next day, then went away again, and then came back for what I'm hoping is keepsies. I was one of the lucky ones. I know some people who didn't get power back until a day or two ago. Had that been me, I'm pretty sure my house would have descended into tribal feudalism, and I'm pretty sure the cats would have won.

Some people say that moments of calm and tranquility lead to a sense of self-empowerment. It turns out I don't need self-empowerment as much as I need house-empowerment. That next night, I fell asleep with the lights on, the TV blazing, and My Bloody Valentine pumping out of the stereo.

Photos: Clean up after the Derecho storm continues

These pet products are unnecessary, according to vets

Watch Now: How to stick to your New Year’s resolutions

Watch Now: How to stick to your New Year’s resolutions

Once upon a 1980s, a short-lived teen dance club opened up in my hometown of Galesburg. Parents worried it had a special visitor ... Satan.

Wordle is evil and has plagued our fragile earth for too long. It must be stopped.

SHANE BROWN: The information superhighway needs a detour into truth

Russell Kennedy, of Rock Island, clears a way branches from his yard Wednesday, Aug. 12, 2020, in Rock Island. A Derecho storm went through the Quad Cities Monday with winds reaching 70 to 80 miles per hour.