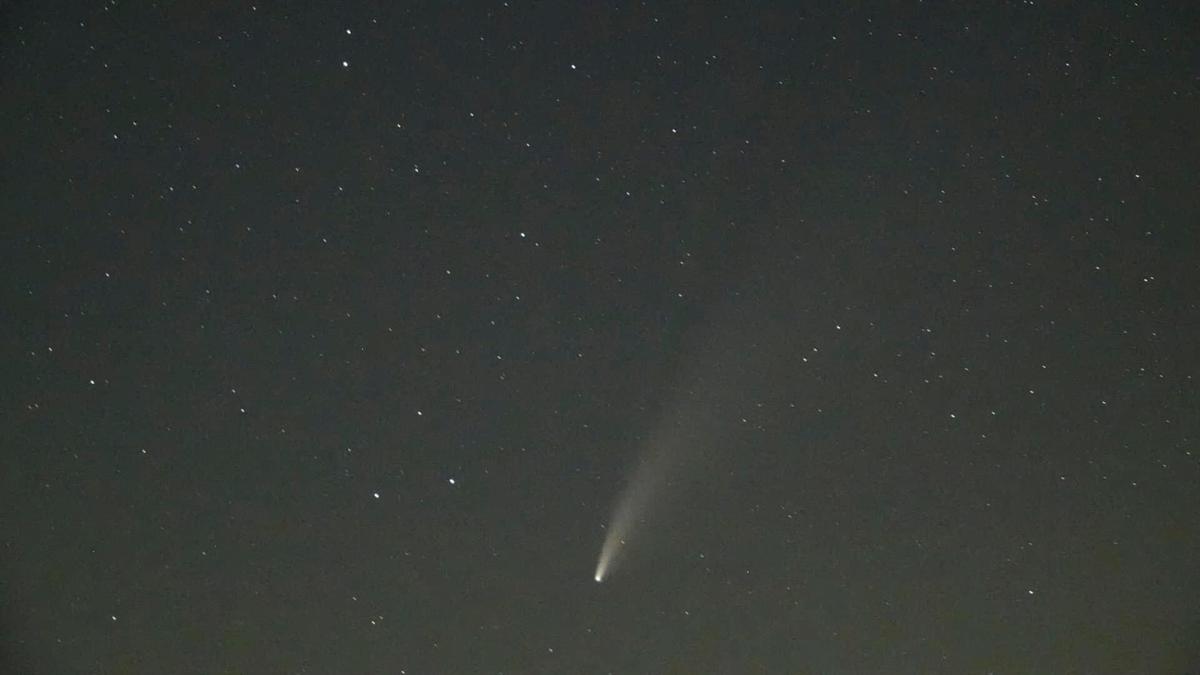 The Neowise comet as seen on July 17 from a roadside near the Wapsi River Environmental Education Center, Dixon, Ia. 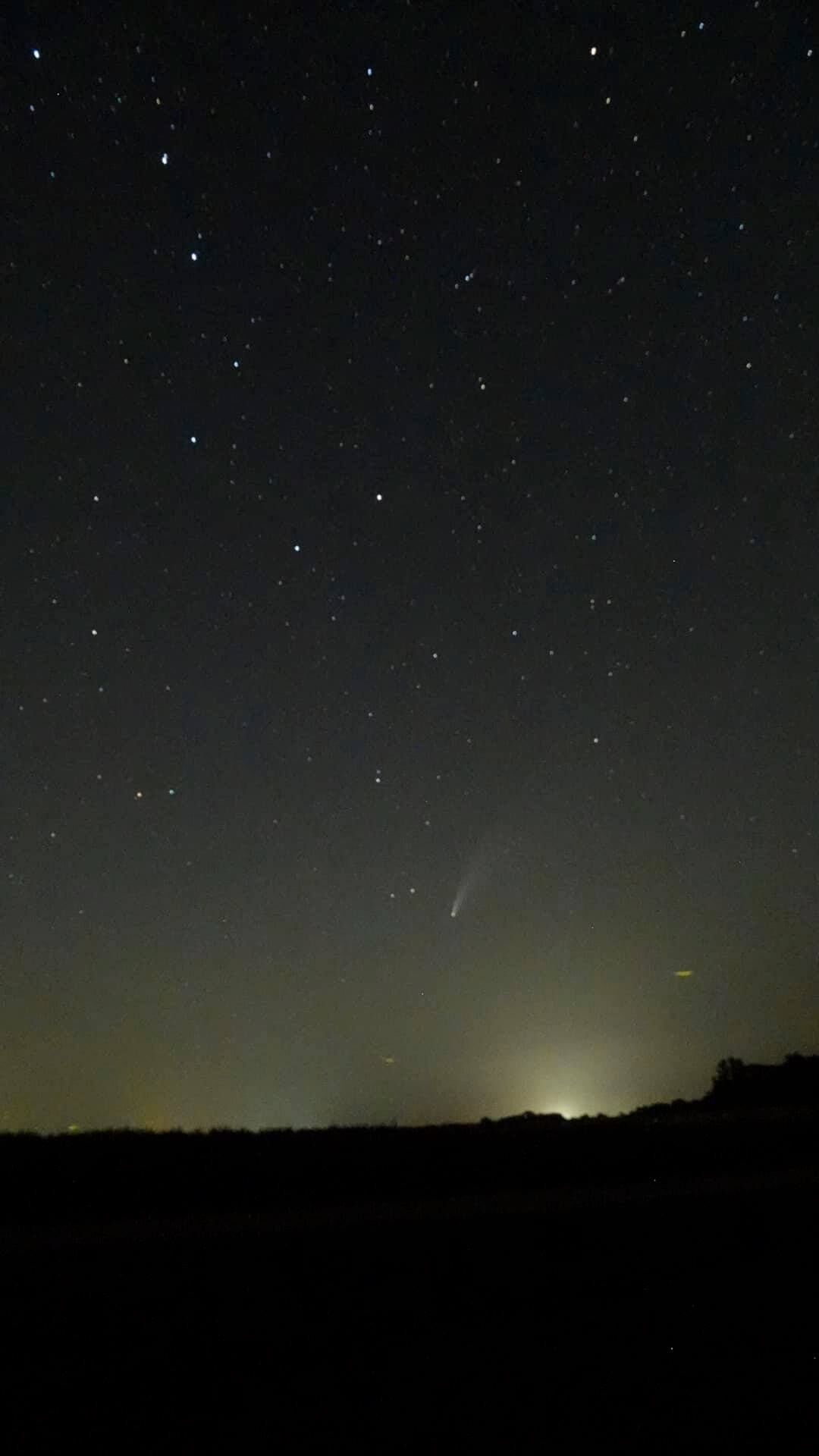 The Neowise comet as seen July 17 on a roadside near the Wapsi River Environmental Education Center, Dixon, Ia.

2020 has been woefully lacking in adventure.

But I'm talking about good old spontaneous adventures to new places and new experiences. Many of my best stories start with calling up a friend and saying those magical words, "I'm bored. Wanna hang out?" Over the years, those fateful words have been the start of tales that end with phrases like:

...and that's how we ended up in Beloit, Wisconsin at 4 in the morning.

...and that's how I ended up dancing in a meditation dome with Oscar-winning director David Lynch.

...and that's how we almost got arrested at the Canadian border.

All those stories began with an "I'm bored" phone call, usually to my best friend, Jason. Some of the best times in my life have been random spontaneous drives to parts unknown.

But 2020 has put an end to all that. The only "hangout" I've done with my friends this summer has been preceded by the word "Google." I've seen Jason once since February, when we met at Sunset Park to eat dinner from separate corners of a long picnic table. I'm pretty sure I've only filled my car with gas five times this entire year. 2020 is the worst.

But last weekend, I came pretty close to checking off that annual adventure box.

Friday night, I got home from work with several hours to kill before my weekend DJ gig. I ate some food and settled down to waste yet another night in the loving embrace of Netflix. But after five minutes, I shut the TV off defiantly. "NO!" I told myself and likely 1-3 cats within earshot. "2020 doesn't get to win tonight!"

I was sick of my four walls, sick of television, sick of repeating the same life day after day after day. I grabbed a mask and hopped in the car in search of socially distanced adventure.

I'd seen some friends online talking about Neowise, the newly discovered comet that's been gracing our skies just after sunset for the past month. Maybe it was discovered before, but that person was probably too busy learning how to make pottery because Neowise only pays us a visit every 6,766 years. Well, I wasn't waiting until the year 8786 for my next chance to see it.

Neowise shows up just after sunset below the Big Dipper, so I set off on the I-280 loop for a good glimpse of the northwest sky. Unfortunately, when you head off in that direction, the only thing you see to the northwest are trees, hills, and the nuclear glow of the Walcott truckopolis. Frustrated, I kept driving. More hills. More trees. More lights. No comet.

Eventually I found myself pretty far away from the Quad Cities. TOO far away considering I had a DJ gig at midnight and had no real clue where I was. I found myself on a dusty farm road driving along the banks of the Wapsi, cometless and running out of time. I decided I'd turn around at the next intersection and head back dejectedly. That's when I saw him.

There, on the side of the road, in the absolute middle of nowhere on a Friday night, I spotted a guy with a fancy camera on a tripod. Specifically, a camera pointed straight to the northwest sky.

"Are you hunting for the comet?" I rolled down my window and asked.

"I came out hoping to catch a glimpse myself," I said.

"Pull in," he offered. "I'll show you what it looks like through a camera lens."

...and that's how I ended up spending an hour watching a comet with a total stranger in the middle of nowhere.

The stranger in question is my new friend, Dana Taylor. He's one of the founders and a former president of the Quad-Cities Astronomical Society, and it was pure luck I happened upon him. Man, I'm glad I did.

Even on a dark country road, Neowise is tough to spot with the naked eye. It mostly looks like a slight haze in the sky that I could only really see with my peripheral vision. But point a camera at it with a 15-second exposure and it's an entirely different story. Neowise is a marvel to behold, with a bright nucleus and an elegant dusty tail. Taylor would leave his camera motionless, controlling the ISO and exposure from a phone app. I stood there for minutes, not even caring that I was serving myself up as a banquet to a legion of mosquitoes. This was epic.

For a time as a kid, I was convinced my life would be devoted to astronomy. Then I found out astronomy was mostly math, and my dreams were crushed. I am not especially gifted with numbers (I had to pull out a calculator earlier just to figure out that 2020+6766=8786.) As an adult, I fear my full appreciation of astronomy consists of the phrase "space is neato." But that night, standing on the side of the road, looking at a rock 64 million miles away flying through space at 144,000 mph? In that moment, I was Carl frikking Sagan glimpsing the heavens.

The next moment, I looked at my phone and realized Carl frikking Sagan had 45 minutes to get to his DJ gig. So I bid my new friend farewell and raced home to make my gig with precisely 4 minutes to spare. By that time, Dana had already sent me some of the best pics he shot that night. As I type this, he's out there right now with an even better camera trying to get some last souvenirs.

The moral of the story? Like the books of our youth, choose your own adventure. Don't let 2020 win. You've only got a couple more days to check out Neowise before it fades from view for an awfully long time. If you think 2020's rough, who knows what 8786 has in store for us.

The heat and humidity — Bix 7 weather — returns today and will continue to hang around through the weekend. There's still time to run the race…

The Neowise comet as seen on July 17 from a roadside near the Wapsi River Environmental Education Center, Dixon, Ia.

The Neowise comet as seen July 17 on a roadside near the Wapsi River Environmental Education Center, Dixon, Ia.