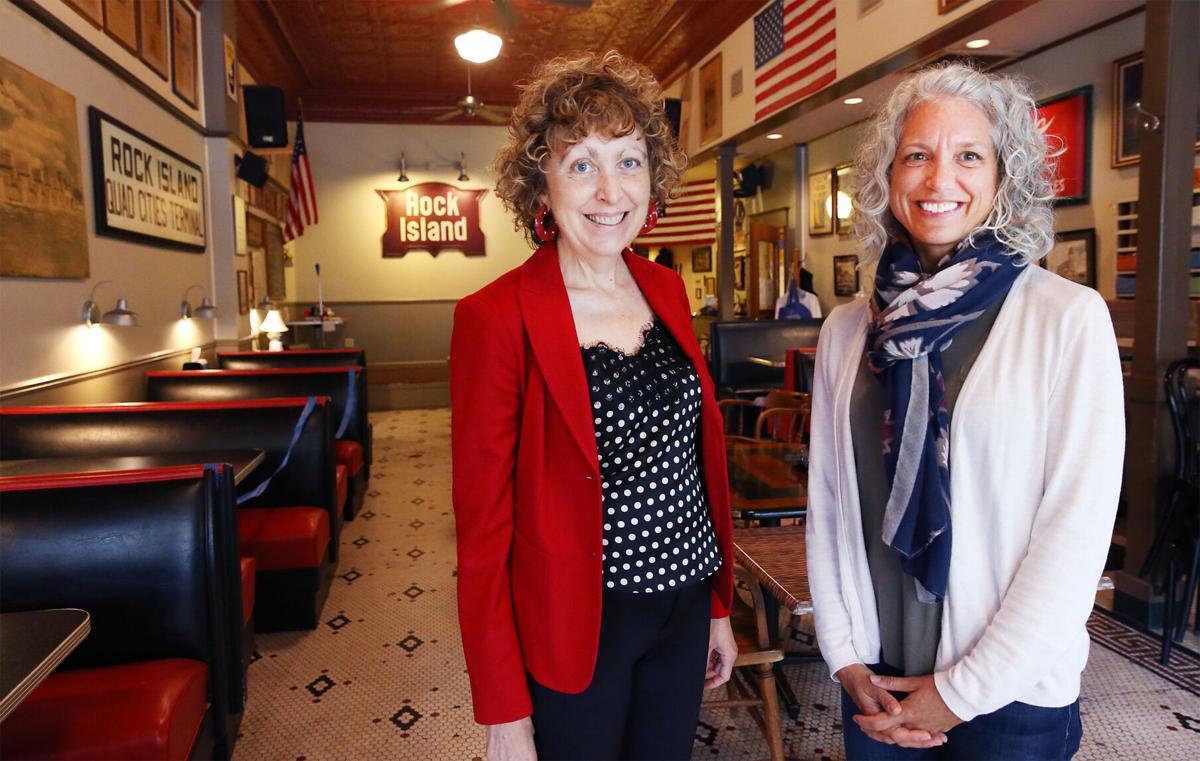 Heidi Huiskamp Collins, left, a local investment broker, and Laura Mahn, the founder of NEST Café, meet in person for the first time at Theo’s Java Club in Rock Island. Huiskamp Collins gave $75,000 to the café project and challenged other local business leaders to do the same. 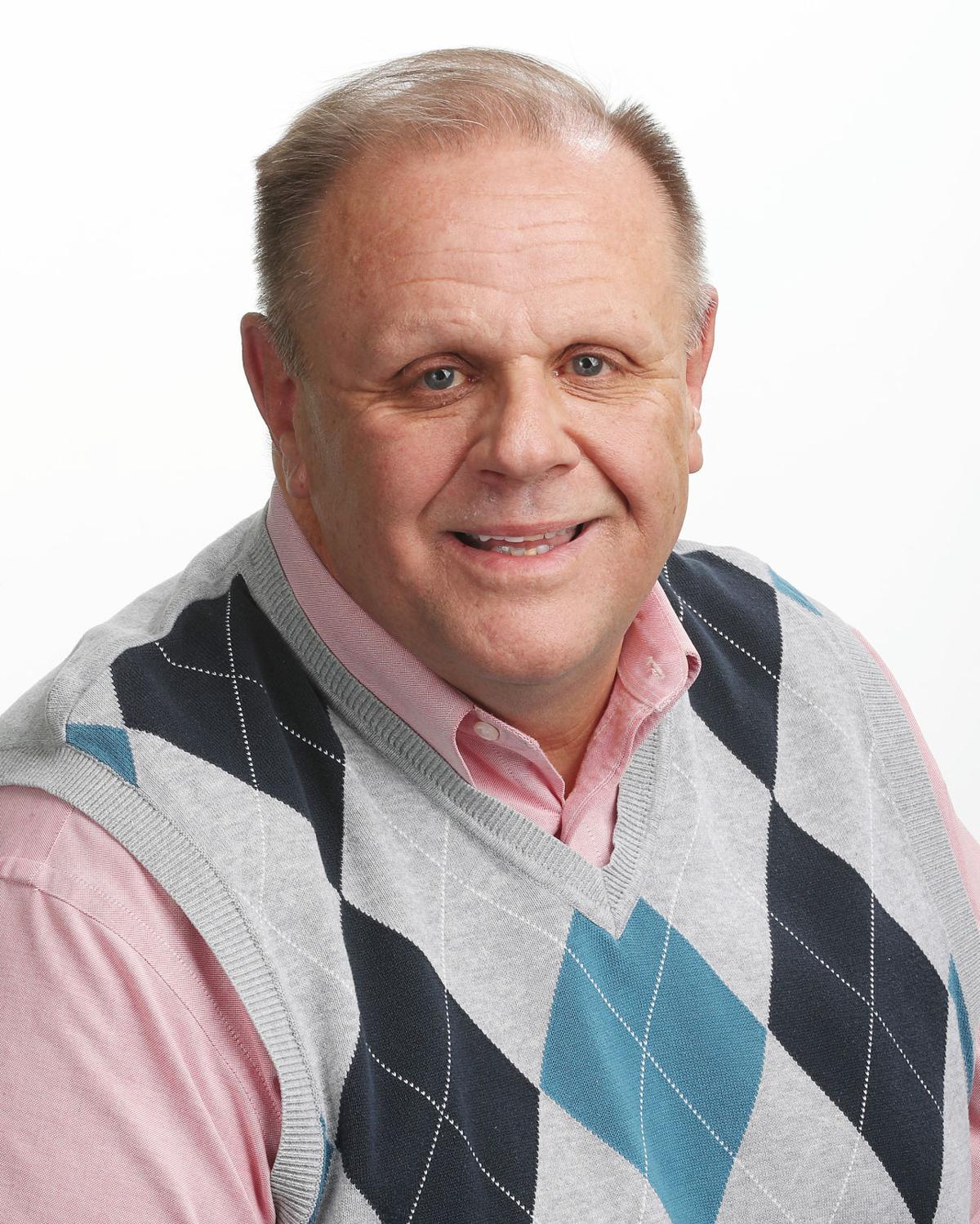 Heidi Huiskamp Collins smiled and gently placed the cup of coffee on the table before her.

She wanted both hands to be free to make a point.

Huiskamp Collins' latest philanthropic venture is a $75,000 gift to the nonprofit, pay-what-you-can restaurant NEST (Nourish Everyone Sustainably Together) Cafe.

NEST Cafe's mission, according to founder and director Laura Mahn, is to nourish bodies and community by providing delicious, sustainably sourced food (whenever available) to all who enter, regardless of their means.

The gift is a huge boost to NEST Cafe reaching the necessary funds to complete its projected Spring 2021 opening.

"Heidi is so committed to making her town — Rock Island — a better place to live and making life better for those around her,'' Mahn said. "Amazing, just amazing, the spirit she has. What a great heart. Now it's time to make sure her faith in this mission is warranted.''

The vision of NEST Cafe began a dozen years ago. Mahn, though, took things from dream to reality in the past 24 months thanks to a gift from a favorite relative.

"Aunt Lois, my grandfather's sister, was the relative I was closest to,'' Mahn said. "We disagreed on politics, economics and a variety of other things but this was something she knew was important to me. It was important for her — before she died — to make arrangements to have a little nest egg — no pun intended — to help bring this to life. I told Heidi she reminds me a lot of her. When she died, I decided it was time to do this.''

With this recent boost in funding, Mahn and NEST Cafe's board and volunteers secured a place to call home. It will occupy the west wing of the old Seaford Clothing (2623 5th Ave.) building in Rock Island, already home to The House Church and the Closet-to-Closet clothing outlet.

"Besides Heidi and others, Jerry Jones of the Martin Luther King Center, has kind of been the wind beneath my wings for this,'' she said. "But everyone, everywhere we have gone, has been great and supportive.''

If one believes we meet certain people for a reason, then Huiskamp Collins and and Mahn were destined to join forces and share the NEST Cafe vision. The two met via email as Huiskamp Collins, president of the Bettendorf Business Network, was looking for presenting speakers for the group.

And Mahn's name kept coming up.

"I reached out to some friends and asked about innovative speakers,'' Huiskamp Collins said. "Someone said there is this lady in Rock Island and her name is Laura Mahn and there is this unique idea called NEST Cafe. So I found her on Facebook and then read up on her plan and thought this was the coolest thing I had ever heard. I sent this blank email and and explained my name was Heidi and asked of we could talk. Within 15 minutes ...''

Even better for NEST Cafe was a planned fundraising Zoom call that evening to which Mahn invited Huiskamp Collins to sit in on.

"She didn't want to be on the fundraising team because of the many boards she serves on, but she was willing to attend the virtual meeting,'' Mahn said of Huiskamp Collins.

In that meeting, Huiskamp Collins was wowed by what she heard and watched.

"It was in a half hour after Laura and I made contact,'' Huiskamp Collins said. "So I canceled everything to attend. And there were these passionate people at every turn. I'm a Rock Island girl and this was lighting me up. It was just meant to be.

"I have done work every week in the western portion of Rock Island, working with at-risk families and that lights me up,'' added Huiskamp Collins, who said her father, W. Gerard Huiskamp, chairman of Black Hawk Bank and Trust, set an amazing example for her and many others when it came to giving back to the community. "This project not only is it a Rock Island project, but it is a project that is going to feed my neighbors, but do so with dignity. It lights me up.''

An already motivated Mahn says there is much work to be done in the next six months, but each moment of bringing NEST Cafe to light is a labor of love.

"Because of people like Heidi and the so many dedicated to the project, we will get there,'' Mahn said. "This concept has a place in our community.''

It does. Success will find NEST Cafe.

SHANE BROWN: The curious case of the barred owl in the nighttime

When my garage was broken into a couple weeks ago, I wondered if I'd become one of those jumpy people constantly paranoid about safety and security.

You can learn about historic downtown Moline

How to stop glasses from fogging up when wearing face mask

It's a pesky problem: As soon as you strap on your cloth face mask and head out the door, your glasses fog up. But there's a simple fix for that.

Three barns in Scott County will be among the dozens open for self-guided tours Saturday-Sunday, Sept. 26-27, as part of the Iowa Barn Foundation's statewide tour.

With months of research now behind us, experts say we probably don't need to sanitize everything in sight. But that doesn’t mean surfaces present zero risk. Here’s how to approach things now.

Out of the blue, checks began arriving in the mail.

Heidi Huiskamp Collins, left, a local investment broker, and Laura Mahn, the founder of NEST Café, meet in person for the first time at Theo’s Java Club in Rock Island. Huiskamp Collins gave $75,000 to the café project and challenged other local business leaders to do the same.