It was a long and winding road, but Hansen brings Lane Evans book to life
View Comments
Share this
{{featured_button_text}}
1 of 2 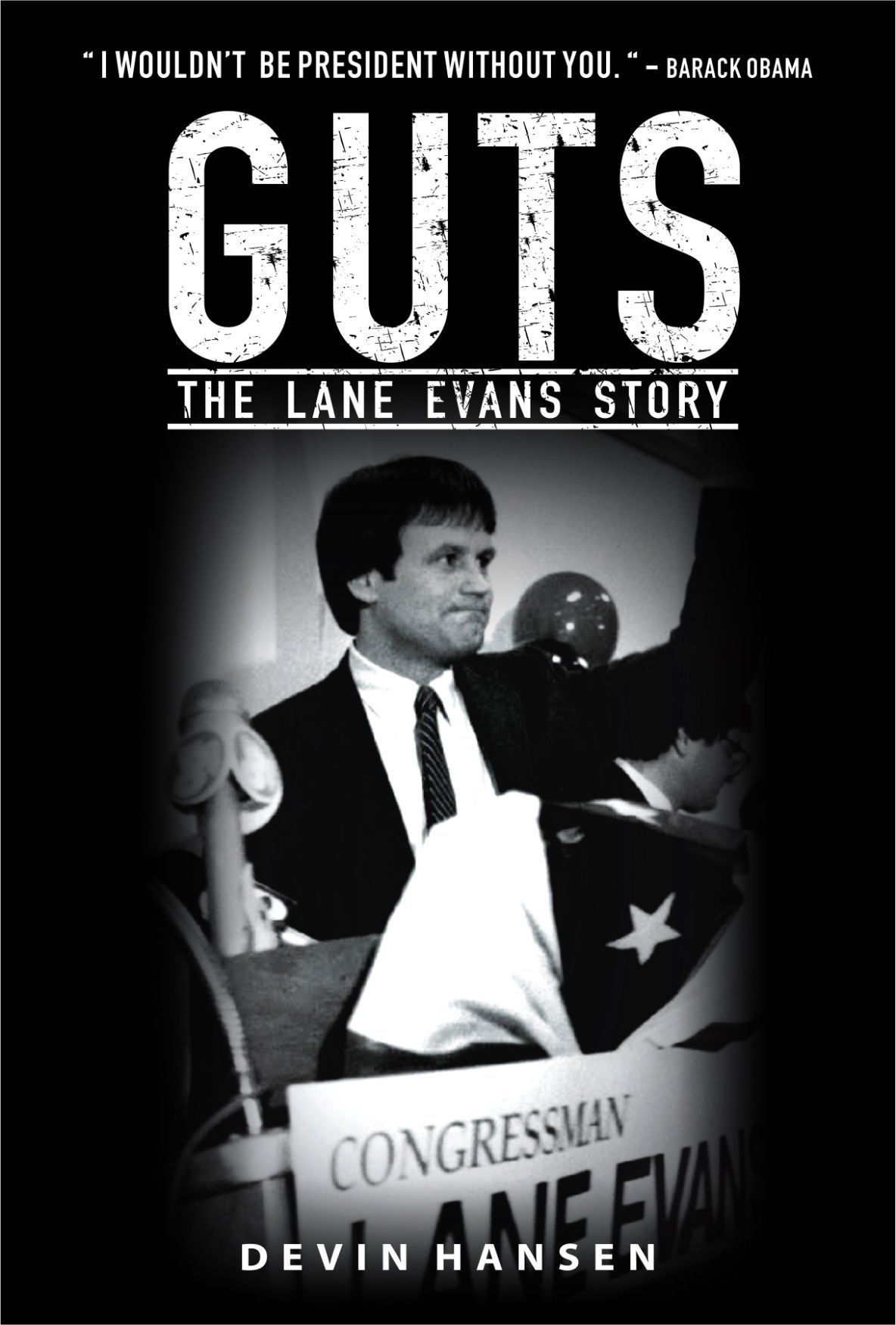 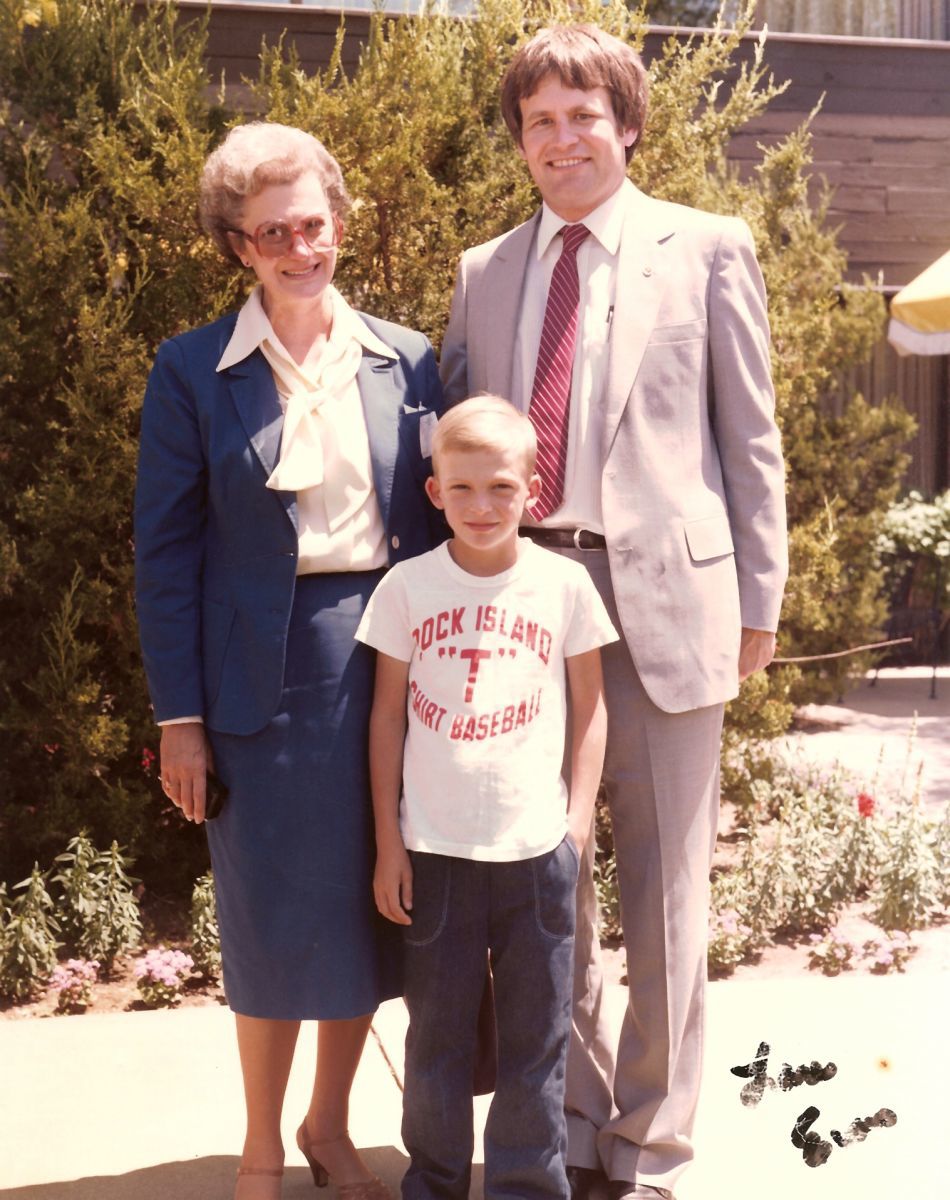 Author Devin Hansen, at the age of 8, and his grandmother, Catherine Hansen, met U.S. Rep. Lane Evans for the first time in 1984, in Galesburg.

MOLINE — It began with a single thought, a hope to chronicle the life of political legend Lane Evans, who, regardless of where one stands politically, was forever a man of the people.

More than a decade later and after a variety of misfortunes — including Evans' passing and the scrapping of his initial effort — Devin Hansen's dream of sharing Evans' story has been realized.

"Guts: The Lane Evans Story,'' published by Washington, D.C., based Strongarm Press, is available to the public. Strongman is led by Ryan Grim, the D.C. bureau chief at the Intercept. He was also the Washington bureau chief for HuffPost, where he led a team that was a finalist for the Pulitzer Prize twice, winning once. Grim understands a good read when he sees one.

The book is available on Amazon, Barnes & Noble, and Kindle. The audio version of the book was narrated by WQAD-TV news anchor Jim Mertens.

Released last week, "Guts'' was the No. 1 new release in the "Local Government'' category on Amazon through Sunday, Sept. 15. It also reached a sales rank of 19,380, out of 8 million titles on Amazon over the first weekend.

"Great opening,'' Hansen, a Rock Island native, said in a recent sitdown while sharing the trials and tribulations of his decade-long quest to bring the story of the late U.S. Representative's career and battle with Parkinson's disease to print. Evans passed in 2014, at age 63.

The released version of "Guts'' was Hansen's second attempt at telling Evan's story. Hansen says his original book, after some hard evaluation and soul-searching, was scrapped.

"Everything that went into it was worth it,'' Hansen said with a smile. "It was a challenge, working on it for 10 years while simultaneously working as a freelance website designer, writer, and raising a family of three kids with my wife. To have a publishing company like Strongarm like it and believe in the book like it has, is also something special.''

Hansen met Evans, who represented Illinois' 17th District in Congress for 24 years, at age 8. Though many years his junior, Hansen grew up not far from where Evans spent his formative years in Rock Island.

At that first meeting - in Galesburg back in 1984 - Hansen said he was impressed with Evans' humility and ease. Later, Evans' Rock Island-based office was also near the downtown movie theater Hansen owned and the two would occasionally share conversations there as well.

"He led a priest-like life in that he gave so much to everyone and his primary focus was serving,'' Hansen said of Evans, a corporal in the United States Marine Corps, who served in Okinawa during the Vietnam War. Evans spent much of his career in public life going the extra mile for our nation's veterans.

"He always had time for others,'' Hansen said of Evans.

When Parkinson's forced Evans away from public life, Hansen decided it was time to share Evans' story. With permission, Hansen visited Evans weekly for several years, interviewing him at Hope Creek Care Center, where Evans spent his final years. The conversations played big in the heart of "Guts'' and will forever live with Hansen.

"We talked about a lot of things, but the impact he had on (President) Barack Obama and that he was the one who, though he did not get credit for it, got the Marines out of Beruit (after the 1983 bombing), are lasting to me,'' Hansen said. "He could have been a U.S. Senator, replacing Paul Simon, he was that highly thought of. When I asked him why he never ran for the (U.S.) Senate, he said: "What Parkinson's wasn't enough?'''

The book, it must be noted, is not a fan letter from Hansen to Evans despite the respect he had for him.

"The book explores the scandals around him,'' Hansen said. "Reactions will be mixed, but as I state in the first chapter, this is Lane as I knew him. Guts and all."

Despite a working address that read Washington, D.C., Hansen said Evans never forgot where he came from. It was that home-base loyalty that endeared him to so many.

"Lane was always a Rock Islander - he just happened to spend a couple of decades visiting D.C.,'' Hansen said with a chuckle." In a perfect world, Lane would be writing his own story, and much more eloquently I’m sure. But this is how fate worked out. This is Lane Evans. As I know him. Guts and all."

A story worth spending a decade to tell.

MARX: I'm sad Jim Fisher is no longer on WOC

My phone began to explode around 1 p.m. that warmish Tuesday eight days ago.

John Marx: Moline mayor needs to step back and let city staffers do their jobs

Dickie Stout: 'He liked laughter' - and he loved life. He will be missed

If you knew Richard "Dickie'' Stout and know his family, you will understand the next line in today's offering.

DAVENPORT — It was the busiest of delivery days, but even the FedEx driver took the time to stop and talk about the cause.

Don't toy with an old man's emotions (mine), Michael Nunn and Pat Miletich.

It is strangely quiet inside Moline's Highland Park Bowl.

Two months later, my house is almost a home again

It was a Halloween to beat all Halloweens.

Author Devin Hansen, at the age of 8, and his grandmother, Catherine Hansen, met U.S. Rep. Lane Evans for the first time in 1984, in Galesburg.