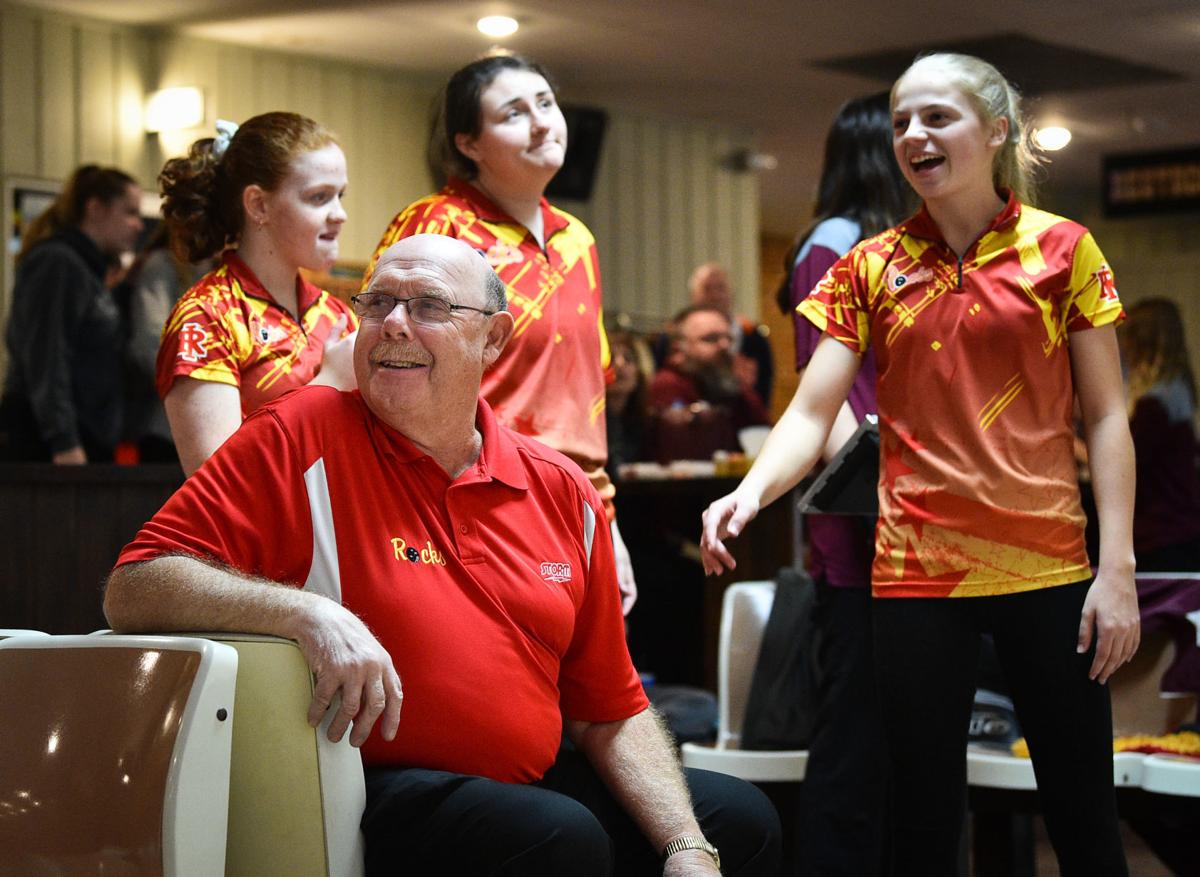 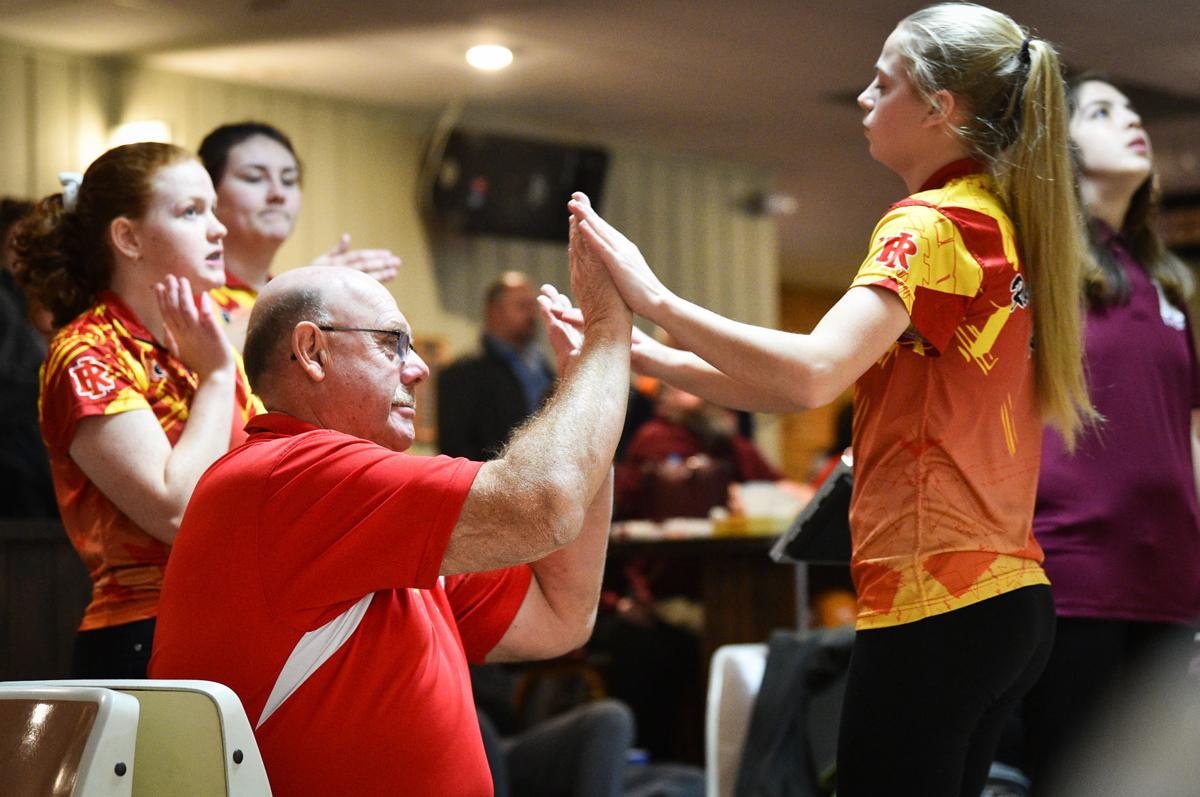 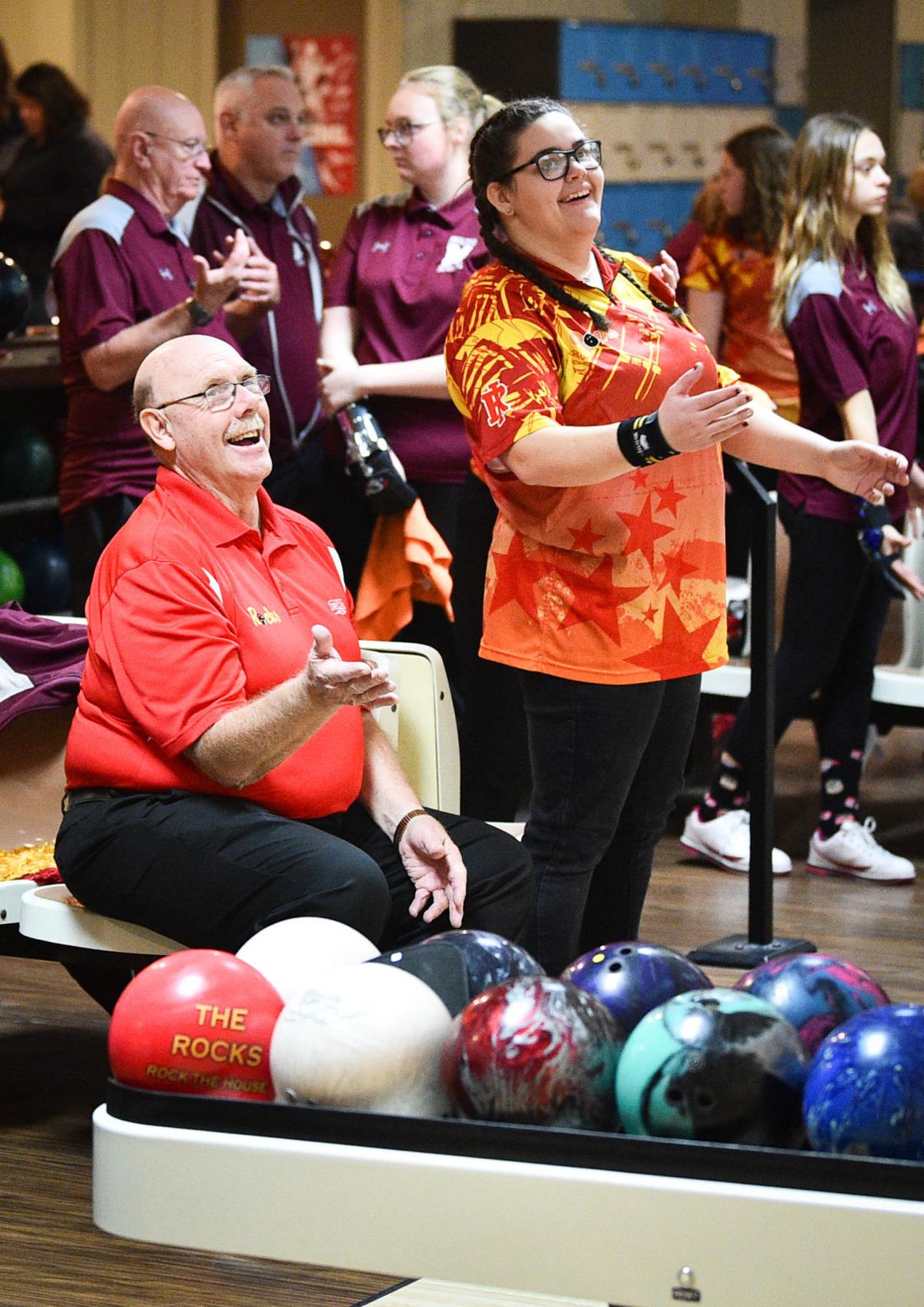 Rock Island coach Jim Braet cheers on his team during their match against Moline Thursday, Dec. 19, 2019, at Highland Park Bowl in Moline.

It is strangely quiet inside Moline's Highland Park Bowl.

In the players' area of two lanes on the north side of the local bowling landmark sits a man sporting a grin that, unlike his hairline, never wears thin.

He is 72 and rounder than he was when he began his unique journey 51 years ago. What has not changed, though, is his grace. He is a wonderful, kind man who, after five decades, still harbors an intense desire to better the lives of young people.

Few, if any, on the local coaching landscape are as universally liked as Jim Braet, the head girls' bowling coach at Rock Island High School. You would be hard-pressed to find anyone else in the Quad-Cities who has coached for 50 consecutive years or has been as engaged with youngsters as Braet.

"He's the best,'' Matt Woods, the head varsity bowling coach at Moline High School, said of Braet, who has coached two individuals in track and two in bowling to second-place state finishes, as well as numerous bowlers to Top 10 finishes during his distinguished career.

Braet coached the jumpers on Rock Island track teams that finished first and fourth in the state, and nine of his bowling teams have finished in the Top 10 at the state finals, including second-, third- and fourth-place efforts.

In addition to being a wonderful man, Braet can coach.

"First, Jim makes it fun, and he does his best to help everyone — my girls and his — be better,'' said Woods, a tremendous high school and college football player who has years of varsity coaching experience on his resume.

Woods knows good coaching when he sees it.

"He's in this for all the right reasons, always has been,'' Woods said prior to a recent Rock Island-Moline bowling dual. "I can have a conversation with him, I can bounce things off him, and know that no matter what happens, his motivation is to make it better for the kids.''

Braet's coaching journey began with the track program at Rock Island's Edison Junior High School in 1969, then turned to basketball. He coached basketball in the Rock Island system for 10 years under the legendary Jerry Leggett.

"That was my basketball story: I applied (for the head varsity basketball job), and they made a 'mistake' by hiring Duncan (Reid) and not me,'' Braet said of the late coaching legend who took Rock Island basketball to heights it had never reached before. "They didn't want a junior high coach.''

So he found another avenue to better the lives of young people.

"Heck, I taught P.E. at Immanuel Lutheran School during college,'' Braet said. "You didn't need (teaching) certification in those days in a private school setting.''

After coaching basketball, Braet coached girls' golf at Rock Island, and when his friend Bob Wilson switched from bowling to cross-country, Braet took over the girls' bowling program at The Rock.

"It doesn't seem that long,'' Braet said. "It's really been a fun ride. I have met some wonderful people and coached some amazing girls.''

There are a couple constants with the Rock Island program. They Rocks are always good and treat each other as family. In one game against the Maroons last week, the Rocks' top three bowlers shot a combined 725.

"We have always had great support from our families,'' said Braet, who has also lent a guiding hand this season to Rock Island's first-year boys' bowling program. "We spend a lot of time together at home and on the road, so you have to be able to get along. It makes it so much easier.

"And we have had great support from the community. The late Buddy Bateman, who owned Town & Country (Bowl), our home for decades, took care of us. He stepped up so many times to help us out. He was an amazing man.''

In standard coach-speak, Braet said he has no eye on the future. He did admit, much to the delight of those around him, that he would like to keep coaching.

"I'm still having a blast,'' said Braet, who is assisted by his niece, Jen Braet-Sholl, a standout during her prep days at Rock Island. "There are moments, but they are moments and few and far between. Hopefully I will get to keep doing it.''

For the overall good of the young people he encounters, let's hope Jim Braet does not stop what he's been doing so well for half a century.

Rock Island coach Jim Braet cheers on his team during their match against Moline Thursday, Dec. 19, 2019, at Highland Park Bowl in Moline.