Dickie Stout: 'He liked laughter' - and he loved life. He will be missed
View Comments
Share this
× 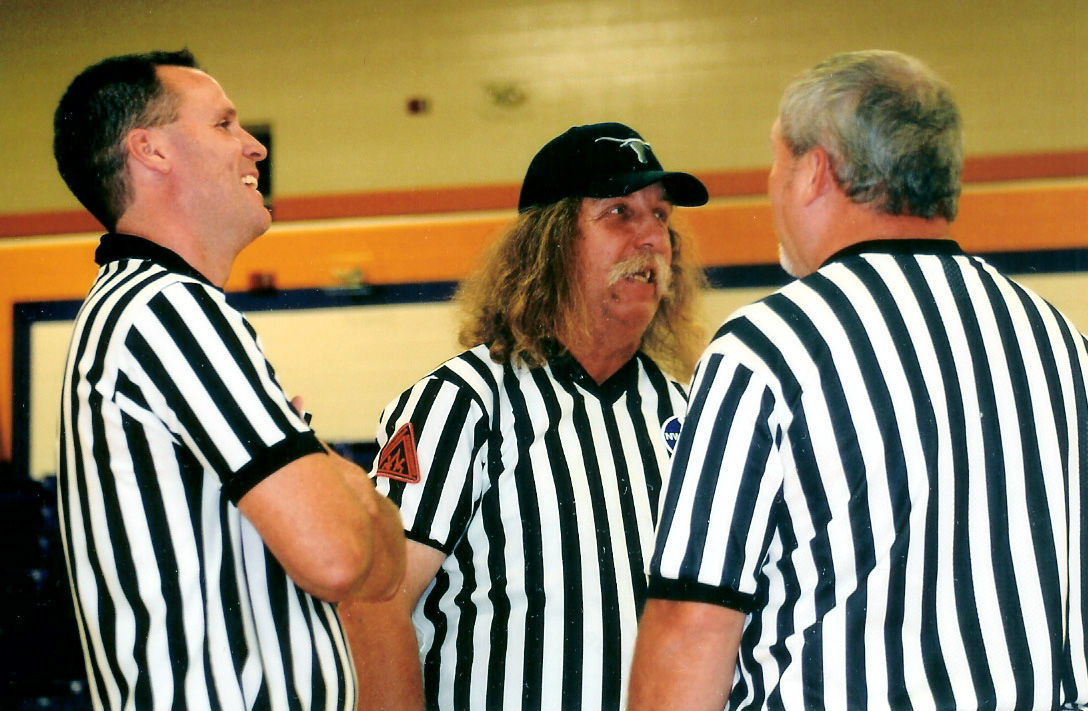 The late Richard Stout, center, worked as a referee at many community games. 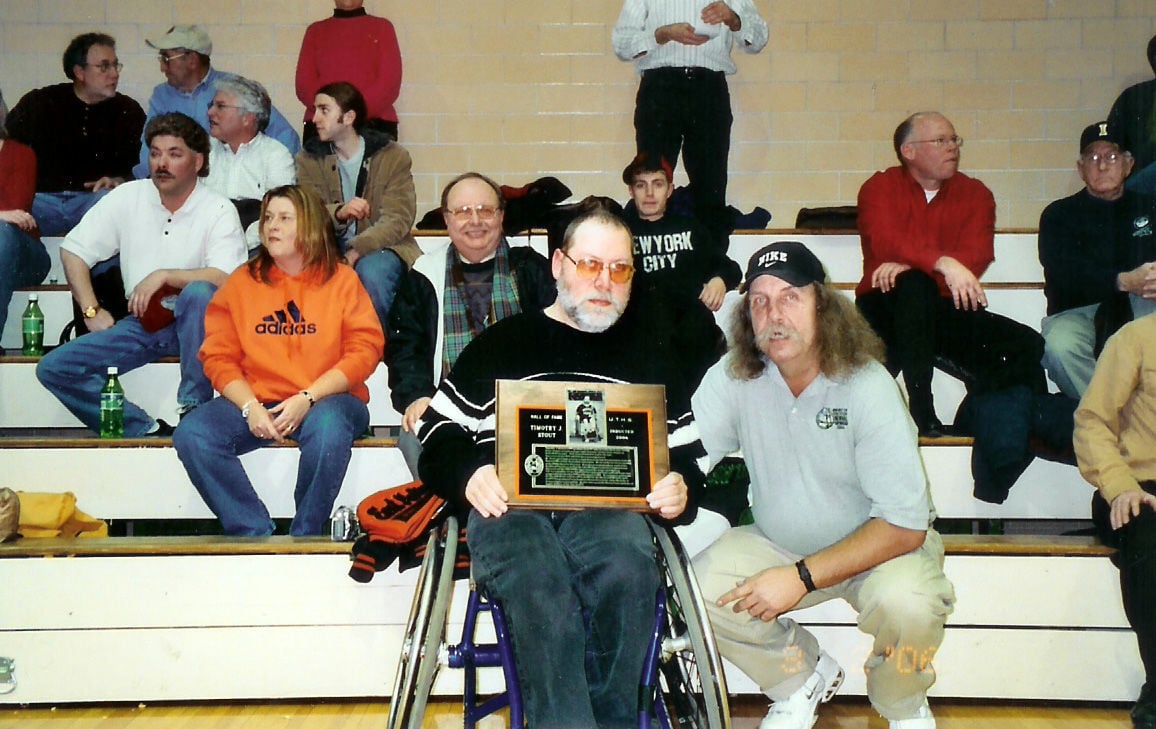 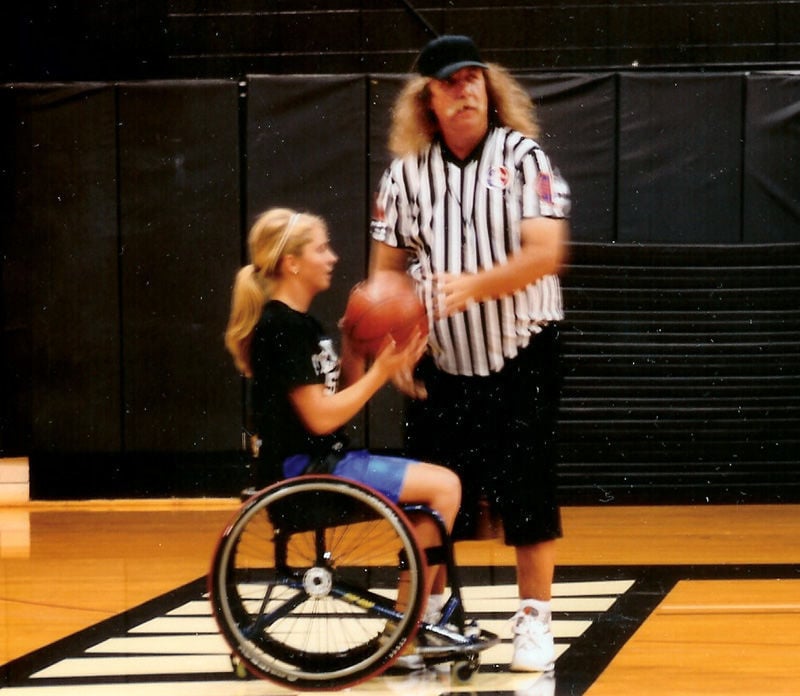 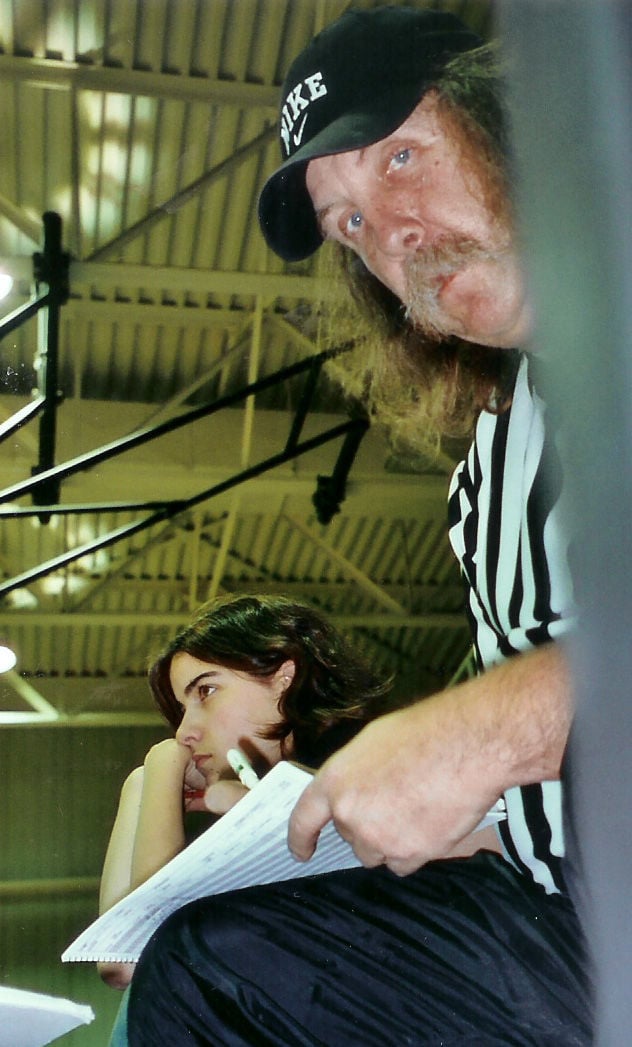 If you knew Richard "Dickie'' Stout and know his family, you will understand the next line in today's offering.

"That's one way of making the news,'' Tim Stout, Dickie's older brother, said when I called to talk to him about his brother's death.

Dickie died Wednesday after being struck by a pickup truck when he was en route to work at Moline's TaxSlayer Center, where he was part of the service crew.

"If you knew Rich and you know our family, you'd laugh at what I said," added Tim, a true gem himself. "You have to understand our sense of humor and our relationship. He would have said the same thing about me.''

Rich, Richie, Dick or Dickie as he was known to me, he of the greatest 1970s-era Afro and wild locks and full mustache in his later years, was every dude's Everyman.

A kindly soul with an enormous heart, Dickie will forever be the 15-year-old gym rat and pickup-game specialist. He was a man who never saw color, race or creed, and who believed age was simply an unwanted number. Few are as comfortable in their skin as Dickie was in his.

Dickie was a combination of smooth, cool and genuine, with a hustler's edge. He did not drive — too much hassle — and he loved being known as the dude who could be anywhere, anytime, without benefit of his own wheels.

Dickie really loved his hair — in all its shapes and forms. His high school baseball coach told him it needed to be cut if he wanted to play, and Dickie responded: "I don't need baseball that much.''

Gene Henze, the legendary baseball coach at Black Hawk College, once made the same request. That was Dickie's final day with the club. Dickie carried his own drum and marched — never drove — to his own beat. He lived life on his own terms — and loved every second of it.

Our paths crossed early in life at pickup basketball games at the Moline YMCA, where Dickie was easily the Y's lifetime scoring leader.

No one loved shooting free throws more than Dickie. As a teen he shot them against United Township High School coaching legend Cliff Talley, sometimes for a "fin,'' Dickie's name for a $5 bill.

I learned the hard way that Dickie was a 10-for-10 guy, losing to him in back-to-back Quad City Senior Olympics. That was a feat he reminded me of just before Christmas 2019, the last time I had an audience with him and his hair.

For what seemed like forever, Dickie played and umpired softball at East Moline's Northeast Park. He was, to many, mayor of all that was recreational in East Moline and all that was fun at the TaxSlayer Center.

Dickie was a fan of every professional team to grace the hallways and locker rooms at the Moline-based civic center. If Dickie was not at his assigned arena post, he could be found in the locker room, talking it up with a coach or player. Few could shoot the breeze like Dickie.

"Rich was a dependable worker here at the TaxSlayer Center for 25 years and will be missed,'' said Scott Mullen, executive director of the local arena. "He was a great person who always had a sports story to tell. He regularly attended games for all the local teams was a true Quad-City sports fan. ''

One of the benefits of marriage for me is my brother-in-law, Jimmy, who has cerebral palsy. For years, Tim Stout and Jimmy were the driving forces behind the Quint City Roughrider Wheelchair Basketball Club.

I cannot count the number of days Dickie Stout — under the watchful eye of Tim's wife, Joline — loaded wheelchairs to haul to games, unloaded them, and then loaded them back up post-game. In between his loading chores, Dickie usually refereed the game.

Dickie Stout was a fixture, a huge part of the local landscape. His life was simple in nature, but it also was rich, fun-filled and full. He had friends at every turn and a family that loved all that was him.

"That's him,'' Tim Stout said. "Always with a story, always willing to help. He would not want sadness, that much I know about all of this. He liked laughter.''

And loved life. That was Dickie Stout.

The late Richard Stout, center, worked as a referee at many community games.