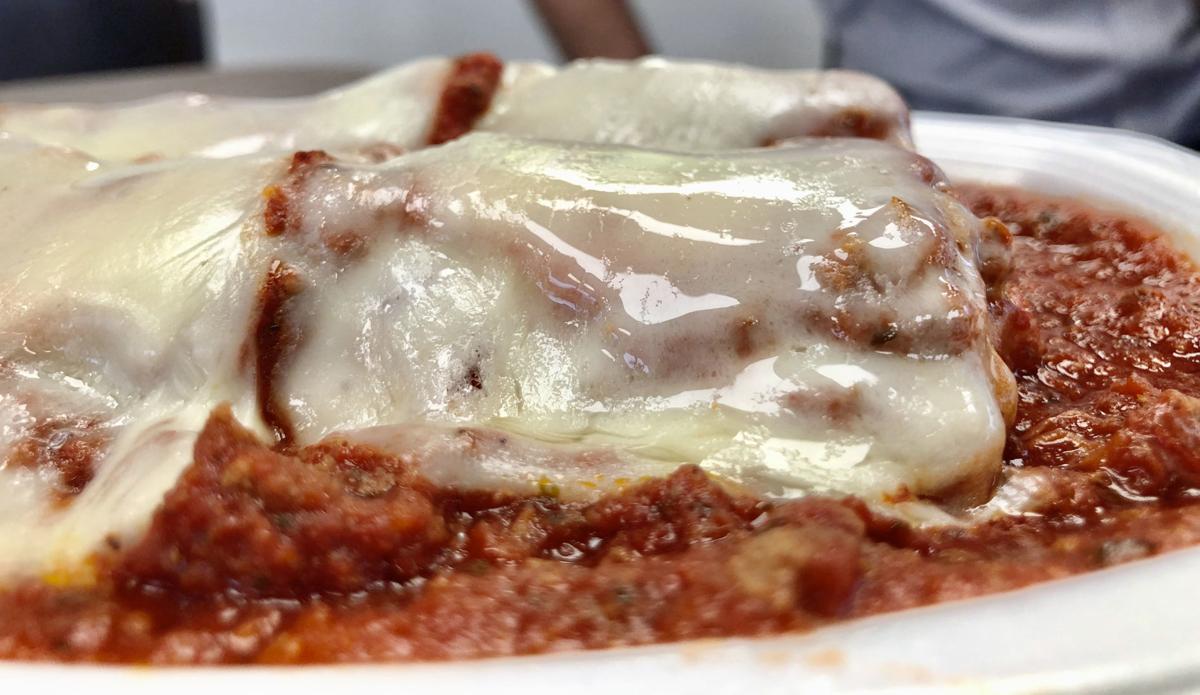 This is The Grinders & Spaghetti House's mostaccioli — a large macaroni noodle smothered in meat sauce. 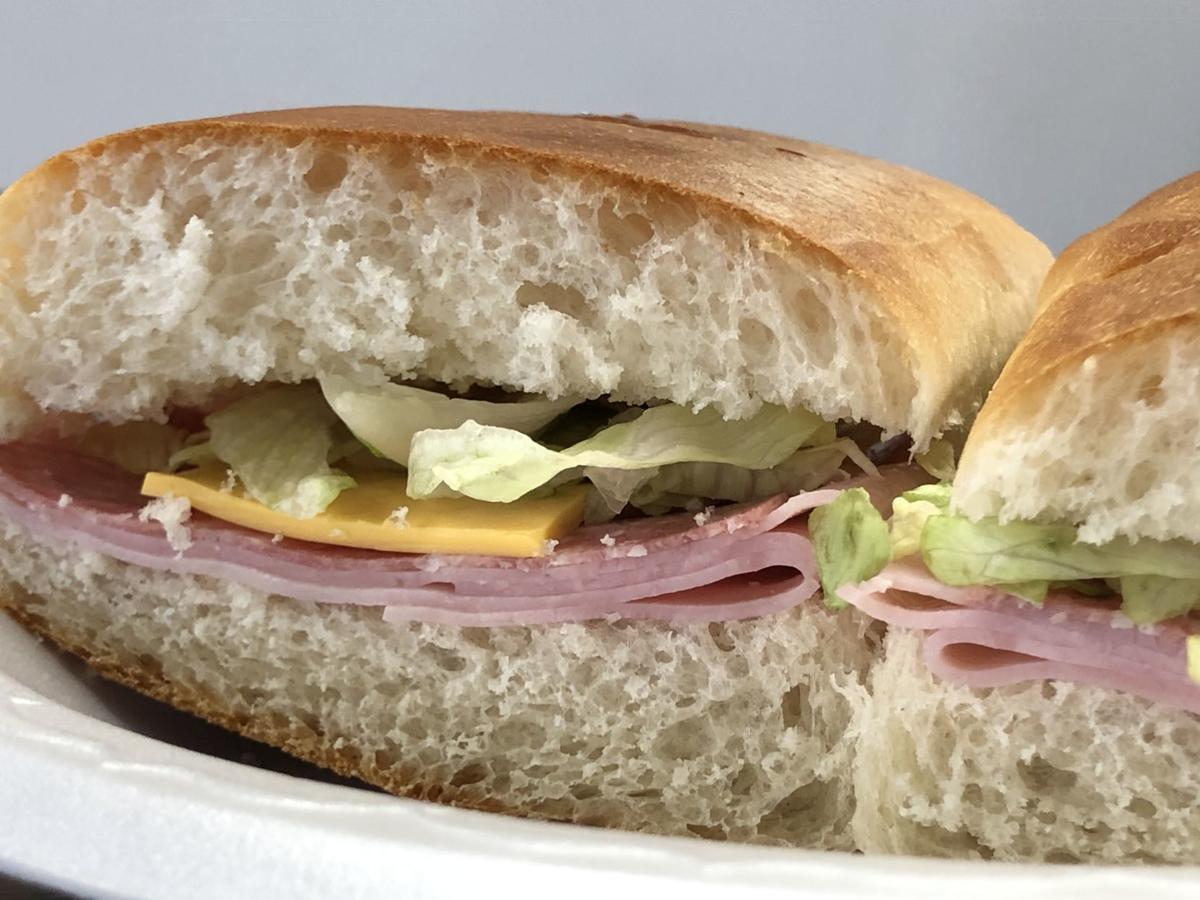 There are 17 sandwiches on the menu at the Grinders & Spaghetti House in Moline, the most expensive just $6.59. The Gondola — an Italian sandwich with ham, salami, American cheese and lettuce on the signature bread — is the best-seller at the restaurant. 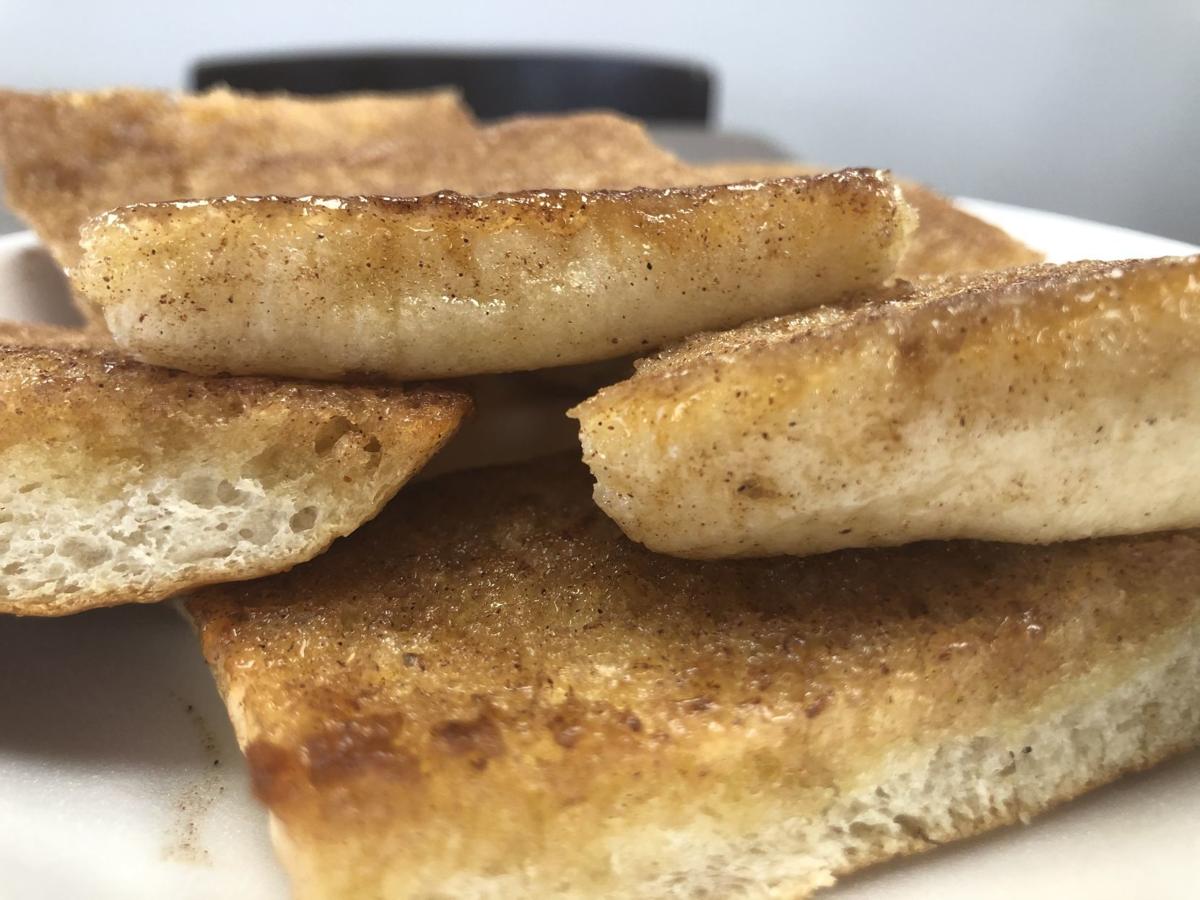 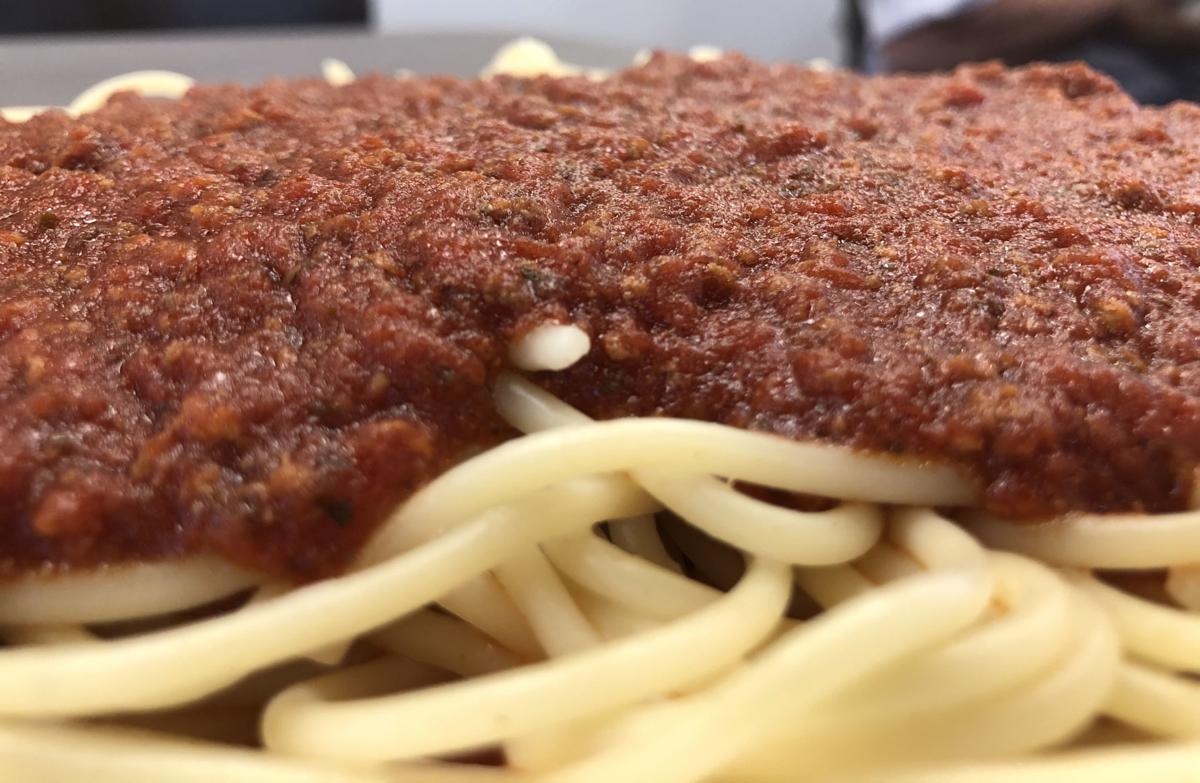 Spaghetti is the biggest seller of the pasta dishes served at The Grinders & Spaghetti House in Moline. It features a large serving of spaghetti smothered in homemade meat sauce. 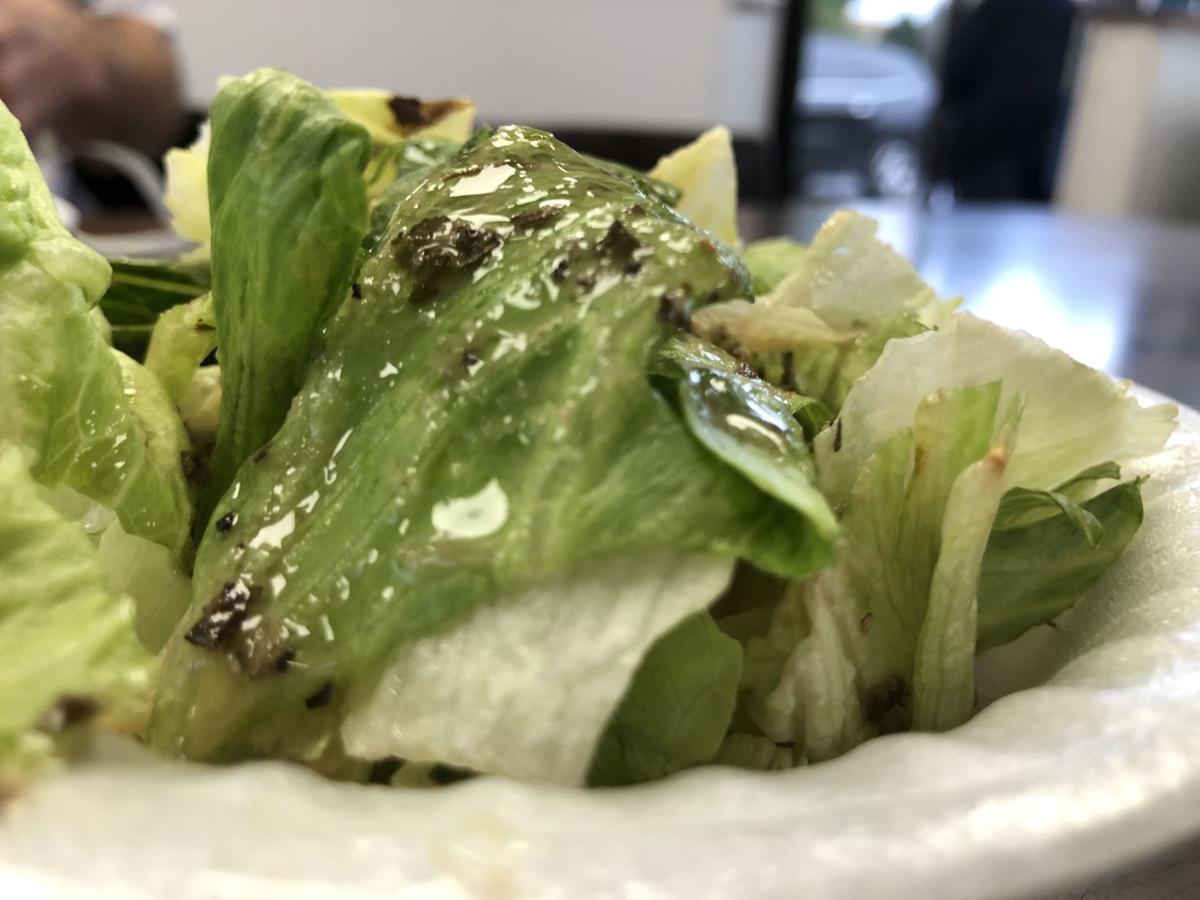 We have driven by this Quad-Cities tradition on the Avenue of the Cities for years. We got a couple of recommendations to check it out, and after our visit, our first thought was, "Why have we not eaten here before?" The friendly owner, family-friendly pricing and great food are a draw.

Our first question was, "What is a grinder?" We had already decided that it wasn't the tool we use to grind our pepper at home. With just a slight roll of his eyes, the owner, Sam Khairallah, patiently explained that it is another name for a hoagie or sub sandwich. Allegedly, "grinder" is an Italian-American slang word for dock workers on the East Coast, with whom the sandwich was popular. Thankfully, we already knew what spaghetti is and understood the Italian connection.

The story of The Grinders & Spaghetti House begins with Sam's dad, Phil Khairallah. Phil immigrated to Canada from Lebanon in the late 1960s. A master woodworker, he intended to move to California to utilize his skills, but he stopped by Kewanee to visit his sister Mary, who owned a grocery store, and stayed on to help her. In 1971, he returned to Lebanon to marry his wife, Florine. Returning to Kewanee, he helped his sister, who now owned a restaurant, and worked for Caterpillar in Peoria.

With the looming farm crisis in the 1980s, the Khairallahs decided to move to the Quad-Cities, and Phil and his brother opened up the first Grinders & Spaghetti House in 1986 on 42nd Street in Moline. In 1988, they opened their second location on West Locust Street in Davenport. In 1991, Phil moved his Moline restaurant to its current location, just west of Moline High School.

Sam honed his skills as a prep cook, bus boy and dishwasher at an early age. Starting at the age of 10, he baked the restaurant's homemade bread. He still has the burn scar he earned as proof of his initiation into the restaurant world. Returning from college in 2004, Sam entered into a partnership with his dad at the Moline restaurant, and his uncle took over sole ownership of their Locust Street location.

Phil retired from the day-to-day part of the business in 2012. Today, his main job is to stop by and say hello.

Sam met his wife, Souraya, during a visit to Lebanon for a family wedding. They have two children, Sam and Talia. History is repeating itself with Sam, age 10, coming in to help his dad at the restaurant. Just like his father, he wants to grow up to be part comedian, part restaurant owner.

Italy and Lebanon share the same Mediterranean Sea and many of the same dishes. Growing up in a coastal city, the influence of Italian cooking was a natural for the Khairallahs.

Eating at Grinders is like eating at your Italian grandmother's house. The rustic Italian cuisine begins with basic ingredients, and everything is made from scratch.

Every morning starts with baking the wonderful bread. The slightly sweet, light bread is used for everything: fresh bread, garlic bread, cinnamon bread and garlic bread with cheese.

Sandwiches (grinders) and pasta dinners, are the stars of the show at Grinders. The Gondola is the restaurant's best-seller. It is an Italian sandwich with ham, salami, American cheese and lettuce on the signature bread. We really liked this basic sandwich, made regal with the slightly sweet fresh bread.

All 17 of the sandwiches on the menu are served on the homemade bread. Many of the sandwiches are served hot. The most expensive sandwich is only $6.59. The Hot Sicilian is comprised of either salami, pepperoni or mushrooms, covered with meat sauce and melted mozzarella. You also can choose from baked chicken, turkey breast, pork roast, beef steak, pastrami and Italian sausage, among others.

We could not resist the Italian Meatball. Five homemade meatballs are covered with delicious meat sauce and toasted with mozzarella cheese on top. We loved the homemade, spiced meatballs, nestled in tasty meat sauce.

Pasta dinners, all under $10, are another speciality at Grinders. Dinners include a tossed salad and a choice of bread. The biggest seller is what they are known for: spaghetti. This simple dish features a large serving of spaghetti smothered in wonderful homemade meat sauce. You can add four large meatballs to the dish.

All 10 of the dinner choices are covered in their meat sauce with the exception of the seafood ravioli and their fettuccini Alfredo, which are covered with Alfredo sauce. You can choose from variations of ravioli, manicotti, lasagna, mostaccioli, fettuccini and cannelloni. We opted for the baked cannelloni. It is similar to manicotti, stuffed with Italian sausage instead of ricotta cheese. Covered with delicious meat sauce and mozzarella cheese, then baked, it was a definite winner in our book.

One of the joys of eating here are the large portions at reasonable prices. They do a brisk carryout business, and delivery service is provided by Grub Hub and My Town to Go.

The most popular takeout order is the Family Feast. For only $20.35, you get a gallon of spaghetti, your choice of bread, and a 16-inch Gondola. It would easily feed a family of four to six people. Other carryout specials include family-size lasagna for $23.75 and half gallons of many of their dinner dishes. All of the half gallons are under $14.

Lunch is a popular time to eat at Grinders. For $4.99, you can have a Pasta Pleaser, with your choice of spaghetti, tortellini, beef ravioli or mostaccioli. It comes with one-third of a loaf of either garlic, cinnamon or plain bread. The lunch menu also features a $2.99 sandwich special — choice of an 8-inch Gondola, tuna or pizza bread. It's one of the best deals in town!

This may have been our first visit here, but it won't be our last. Many of their workers have become like family, including the affable Dan, a 20-year employee who was working on the day we visited. Longevity of employees is what makes a locally owned, family restaurant a great asset to our community. Call in an order for quick pickup, or come in, order at the counter, and take time to sit — all are great ways to enjoy this rustic Italian fare.

Located right on the Avenue of the Cities, just west of Moline High School, Grinders is open from 11 a.m. to 8:30 p.m. Mondays through Saturdays.

He said: Meat every day keeps my doctor away. Grinders' fresh meatballs on the restaurant's great bread, and the sausage mostaccioli, are my definition of healthy.

She said: I really liked the Italian dressing. I sopped up every drop with homemade garlic bread. Carbs start calling my name as winter sets in. Grinders' slightly sweet, fresh-baked bread is the perfect answer.

This is The Grinders & Spaghetti House's mostaccioli — a large macaroni noodle smothered in meat sauce.

There are 17 sandwiches on the menu at the Grinders & Spaghetti House in Moline, the most expensive just $6.59. The Gondola — an Italian sandwich with ham, salami, American cheese and lettuce on the signature bread — is the best-seller at the restaurant.

Spaghetti is the biggest seller of the pasta dishes served at The Grinders & Spaghetti House in Moline. It features a large serving of spaghetti smothered in homemade meat sauce.