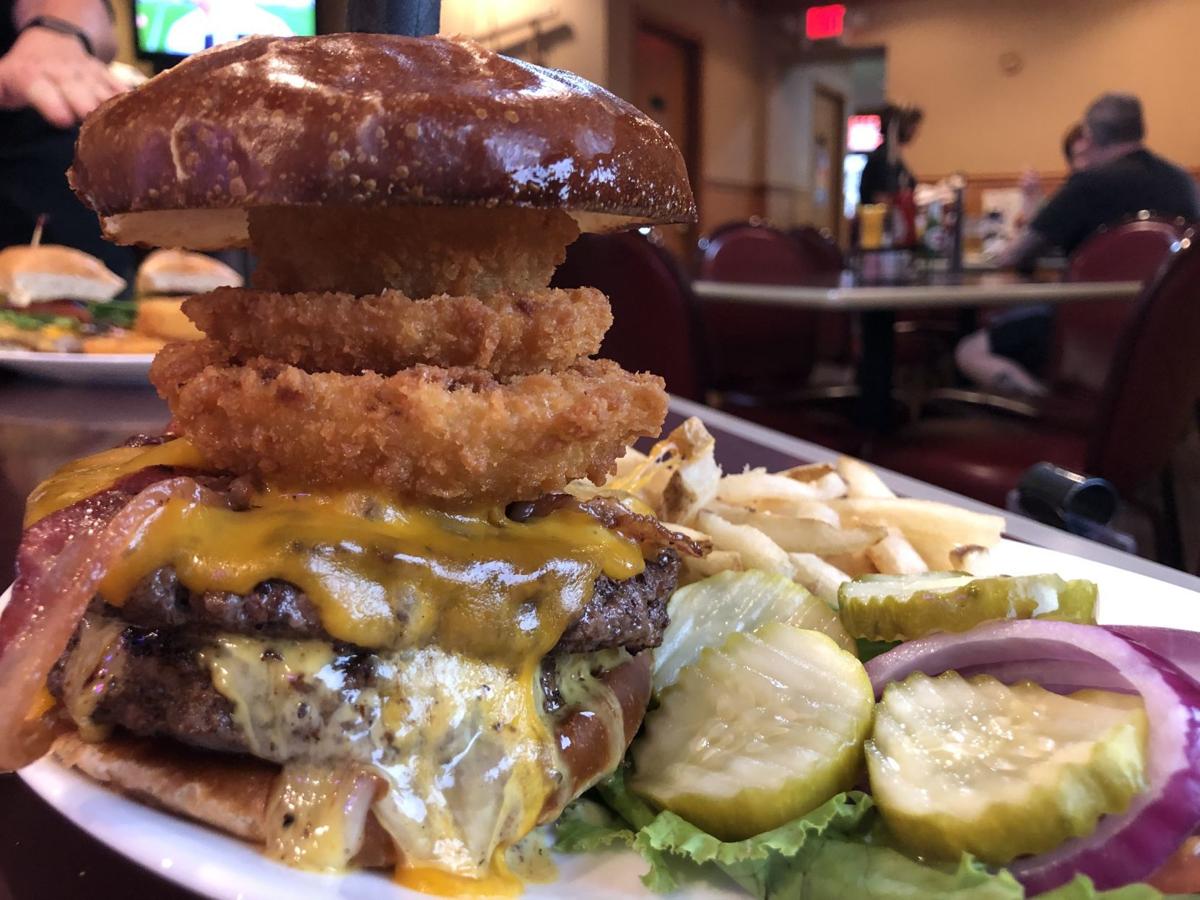 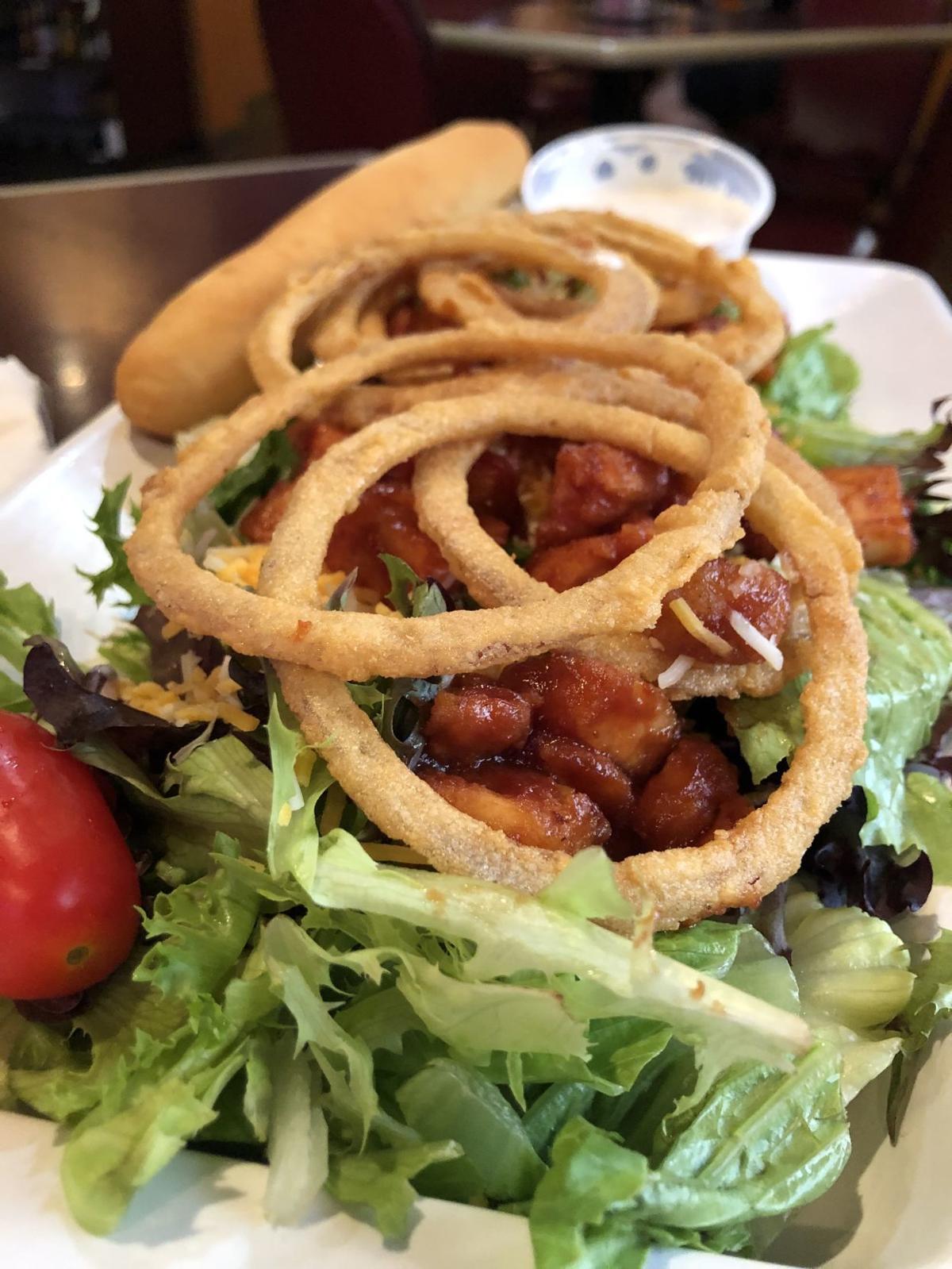 The BBQ Chicken Salad, which has crispy barbecue chicken strips on a bed of lettuce and veggies, topped with thin, crispy onion rings, will make a chicken lover out of any beef addict. 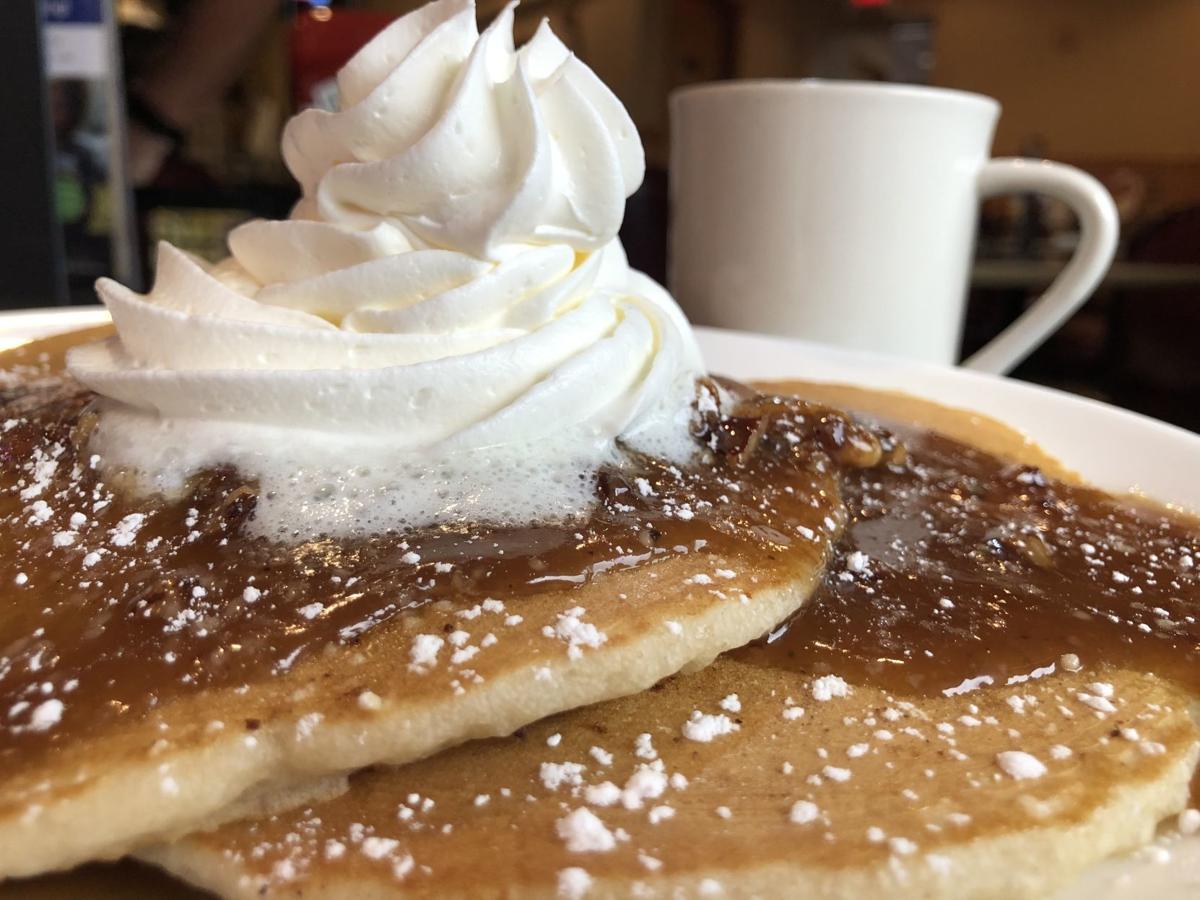 Salty Hog Pancakes are a new addition to the breakfast menu. Crumbled bacon is added to fluffy pancake batter, and the fried pancakes are topped with a homemade caramel pecan sauce. 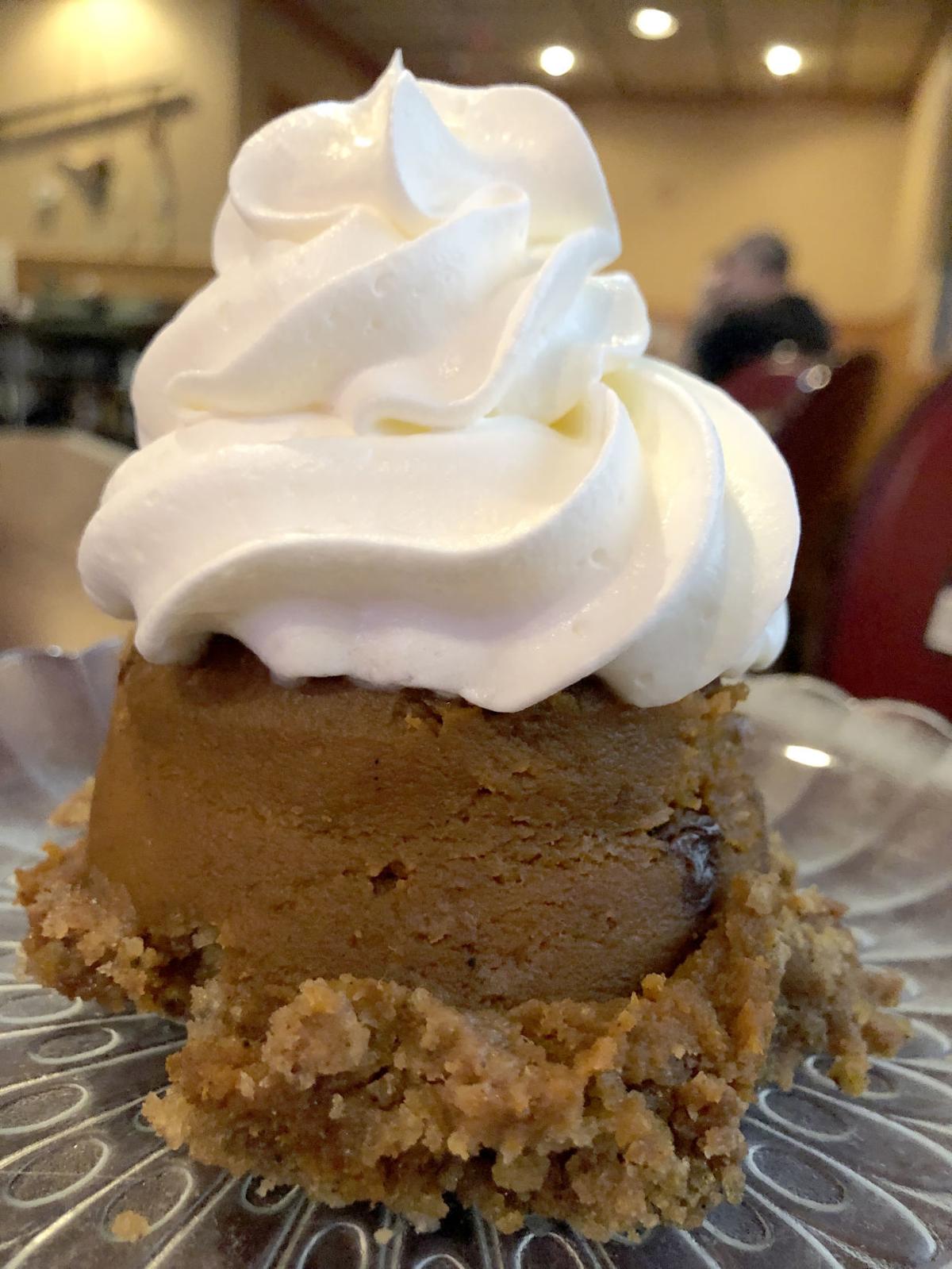 This is the Pumpkin Cobbler that recently was Cobbler of the Day at City Limits Saloon & Grill, Rock Island. 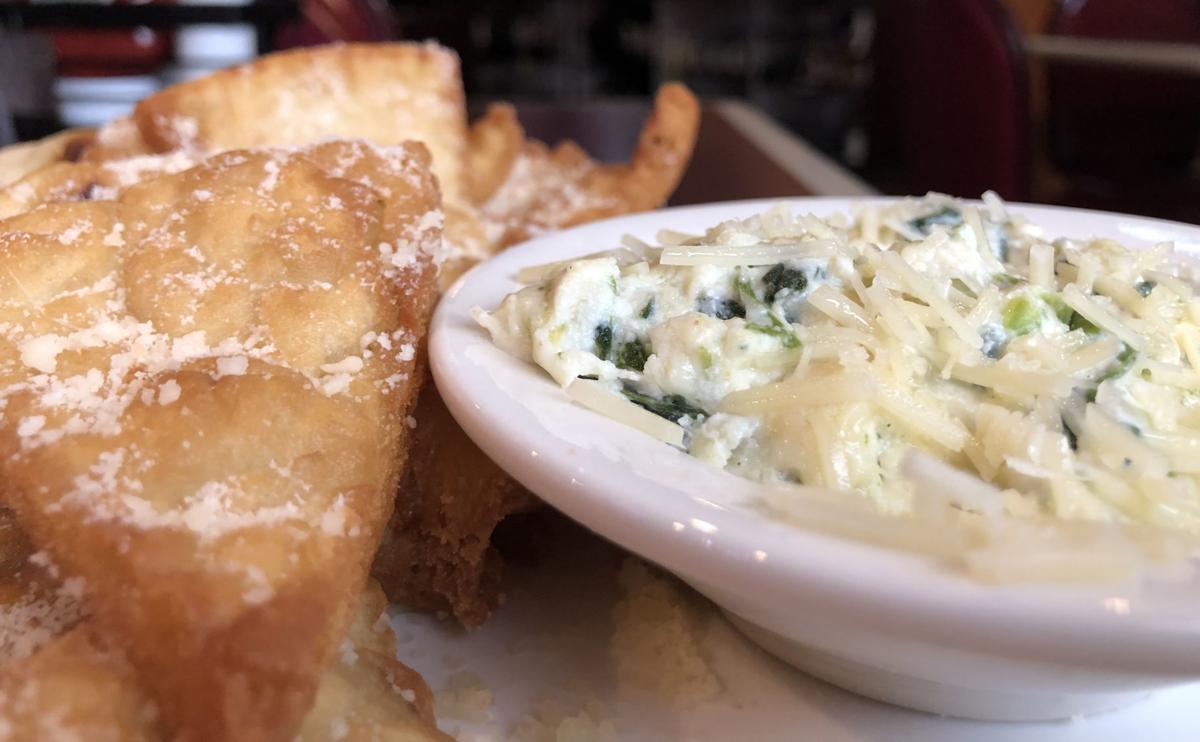 This is the Spinach and Artichoke Dip served at City Limits Saloon & Grill, Rock Island. 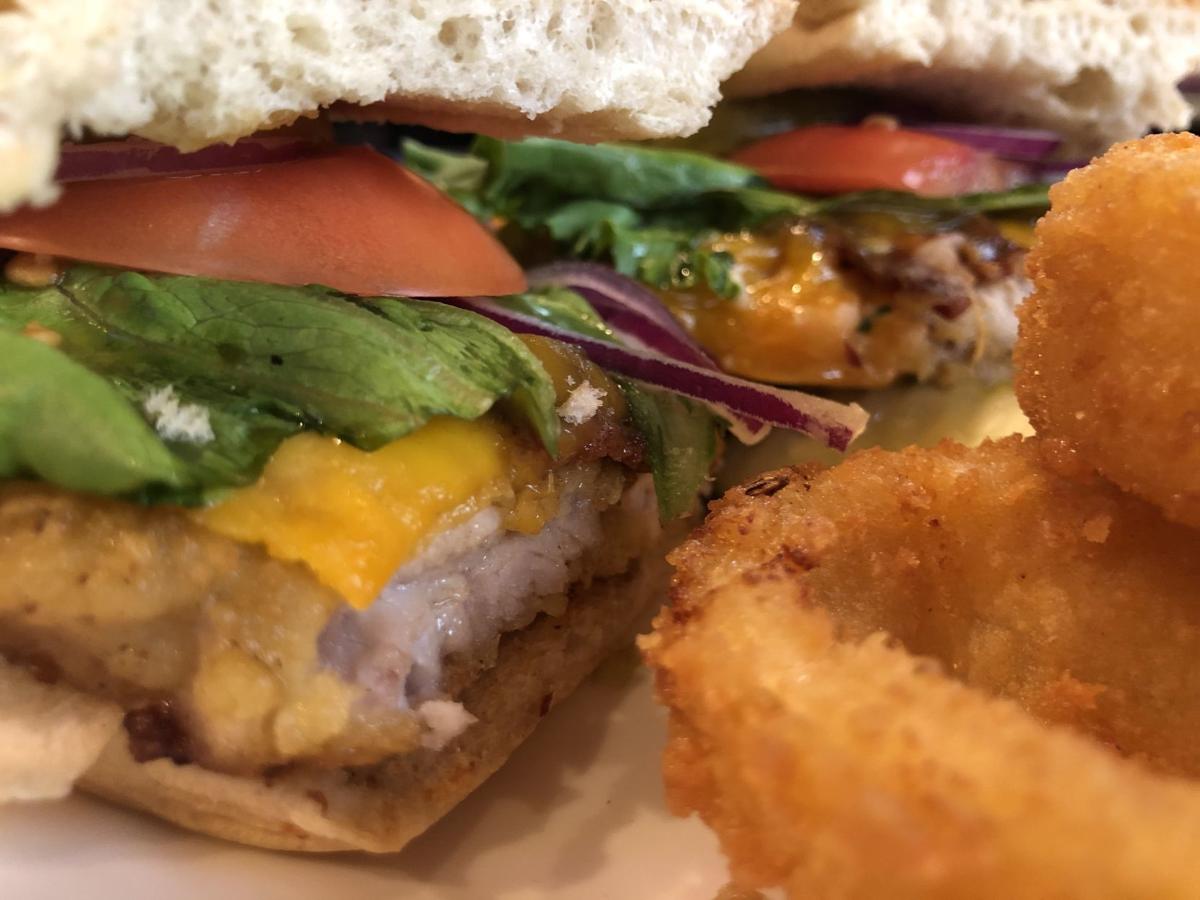 City Limits Saloon & Grill has been a staple in Rock Island for years. The saloon-like atmosphere combined with homemade food makes it a fun place to dine for all ages.

If you have not been to City Limits Saloon in the past few years, now is the time to go. The new owner has taken what was always good about City Limits, which is just off 11th Street, and turned it into great.

In April 2015, Craig Wagner, owner of RILCO, a lubricant distribution business in Rock Island, bought City Limits. Craig is no stranger to the Quad-Cities food scene. In 1992, Craig's parents, Sharon and Steventon Wagner, opened Steventon's in LeClaire. The chef at Steventon's inspired Craig to open Blue Iguana in downtown LeClaire in 2007. He recently opened a new Blue Iguana in Waterloo.

Expanding his growing restaurant ventures in 2017, he purchased Governor's in Bettendorf, which was located in the corner of a Hy-Vee parking lot. The expansion needs of Hy-Vee precipitated the closing of Governor's and the creation of one the newest restaurants in the Quad-Cities, Tangled Wood, which opened on Tanglewood Road in January.

With a chain of successful restaurants, you would expect Craig to have talented staff to run the show, and he does. The general manager at City Limits Saloon & Grill, the personable Julie Perez, is an experienced restaurant manager. She designs the menu.

City Limits opens at 6 a.m. every day except Sunday, when it opens at 7 a.m. The menu has featured items in all the breakfast categories. In the City Skillets section, the most popular item is the Slaughterhouse, a nod to the old Rock Island Livestock and Auction. It has ham, sausage, bacon and shredded cheese drizzled with Sriracha ketchup.

The new addition and star of the breakfast menu is the Salty Hog Pancakes. Crumbled bacon is added to fluffy pancake batter, and the fried pancakes are topped with a homemade caramel pecan sauce. No need for butter or syrup! We would love to try the delicious sauce over a scoop of vanilla ice cream.

At 11 a.m., City Limits opens its bar, which includes several local beers on tap. You can sit in the bar area, enjoy the back dining area or check out the outdoor seating in back. On the night we visited, there were patrons of all ages, some waiting to hear the popular local musical duo of Greg and Rich.

The dinner-size salad section of the menu was a pleasant surprise. The salads are served on large platters and easily make a complete meal. The signature salad is the Black and Blue Steak Salad, which features thin strips of sirloin and blue cheese crumbles. We tried the BBQ Chicken Salad, which had crispy barbecue chicken strips on a bed of lettuce and veggies, topped with thin, crispy onion rings. It will make a chicken lover out of any beef addict.

Other sections of the menu include sandwiches, wraps, signature burgers, dinner favorites and city sides. The sandwich section has 16 options that include a side of seasoned potato chips or house-made waffle chips and garlic Parmesan dip.

A favorite carry-over from the previous owner's menu was the Limit Loin. Julie took a good sandwich and made it great. The original Limit Loin featured a grilled, unbreaded pork tenderloin topped with bacon and melted Swiss cheese. The updated Outer Limits Loin features a seasoned and breaded grilled tenderloin with bacon and melted cheddar cheese. Another signature sandwich is the Reuben. You also may opt for the Rachel, featuring turkey and Swiss and a creamy coleslaw instead of corned beef and sauerkraut.

Burgers are a big part of City Limits menu. Much like you would order a pizza, you can build your own burger, starting with an Angus patty, chicken breast or portabella mushroom. There is a long list of freebie add-ons to choose from and a longer list of reasonably priced additions.

The Viking Burger is a tribute to our local Rock Island college, Augustana, and its mascot. The large burger has two chopped steak patties, melted cheddar and Swiss cheese, honey mustard dressing, bacon and a large onion ring — all skewered together with a steak knife. It was easily enough for the two of us to share as a meal.

Make sure you save room for dessert. You will be amazed at the array of cobbler options that Julie and her staff have come up with. They usually have several of their 27 options on hand each day. Favorites include Cherry Pop Tart, Apricot Brandy,and S'more. Pumpkin Spice was one of the features on the night we visited. Pumpkin puree was laced with spices and plump raisins. Be sure to have it topped with a swirl of a whipped cream.

Part saloon, part breakfast diner, part family restaurant, City Limits has something for everyone. You can enjoy going there any time of the day. It is open every day for breakfast and closes at 10 p.m., 9 p.m. on Sundays. Be sure to check the board for daily specials.

He said: I may be a beef guy, but any day that starts with Salty Hog Pancakes, smothered with caramel pecan sauce, and ends with a surprising dinner salad topped with barbecue chicken strips, crispy onion rings and a garlic Parmesan dressing is fine with me!

She said: I liked the Spinach and Artichoke Dip with the fried, garlicky pita wedges. There were enough of the wedges to take home and have for breakfast the next day. My type of beignet!

The BBQ Chicken Salad, which has crispy barbecue chicken strips on a bed of lettuce and veggies, topped with thin, crispy onion rings, will make a chicken lover out of any beef addict.

Salty Hog Pancakes are a new addition to the breakfast menu. Crumbled bacon is added to fluffy pancake batter, and the fried pancakes are topped with a homemade caramel pecan sauce.

This is the Pumpkin Cobbler that recently was Cobbler of the Day at City Limits Saloon & Grill, Rock Island.

This is the Spinach and Artichoke Dip served at City Limits Saloon & Grill, Rock Island.