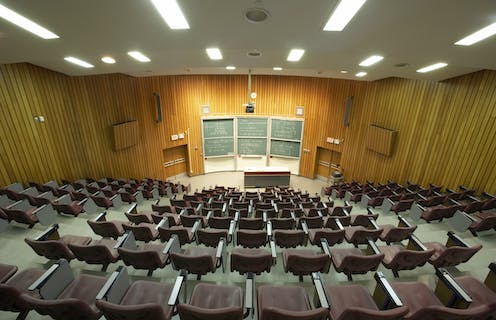 Editor’s note: The new coronavirus is spreading across the United States just as many high school seniors were applying to colleges or awaiting acceptance letters. Here, Robert Massa, who teaches about higher education at the University of Southern California and is a former admissions dean from Johns Hopkins University and Dickinson College, offers insights into five ways the COVID-19 pandemic could affect a student’s quest to attend the school of their choice.

Due to the uncertainties surrounding the health and financial implications of the pandemic, many colleges will not have filled their classes by the traditional May 1 deadline. Colleges that are concerned about not meeting their numerical enrollment goals will likely be flexible in allowing students to apply, even at this late date.

To give students more time to visit and consider other factors, a number of colleges have pushed back their deposit deadline to June 1. For the most part, these are schools that historically have not filled their class by May 1. The more selective institutions are keeping the May 1 candidates reply date.

If you have a deposit deadline from one school that is May 1 and another that is June 1, and you need more time to decide, appeal to the May 1 school to give you more time. Depending on how close that college is to filling its class, it may be flexible.

If a student has applied to one of the most selective, strongest universities – which represent less than 4% of the four-year public and nonprofit private colleges in the U.S. – they will be just as hard to get into, at least initially, as they’ve been in the past. Those schools are, however, likely to have longer wait lists this year, primarily because of the uncertainty surrounding international students and whether they will be able to travel to the U.S. And if they can’t, more students may be admitted from the waitlist than in past years.

But, if students have applied to one of the vast majority of the other selective colleges - including the 16% that admit between a fifth and half of their applicants – it is likely to be somewhat easier to get in for several reasons.

Because of the economic consequences of coronavirus, as many as a fifth of students think they may have to abandon their first choice college to attend a school that is more affordable, according to a survey conducted in March. In addition, that survey found that a college closer to home would be a more viable choice than a first-choice institution for 35% of students. Taking these factors into consideration, colleges are likely to admit more students than they did last year because they expect that more of their admitted students will ultimately opt to stay closer to home or to attend a more affordable school. Colleges are worried that the health calamities and concerns and the economic fallout from the pandemic will result in more students declining admission offers. For this reason, I believe colleges will be likely to offer students more money in an effort to get them to enroll. The competition for student enrollments will be intense.

Schools may offer bigger scholarships to students who decline an opportunity to enroll. That’s because last September, the National Association of College Admissions Counseling settled an antitrust lawsuit with the Department of Justice, thereby allowing colleges to recruit students who had already committed to attend another institution by awarding them more money. Previously, the association’s ethics code had forbidden this kind of poaching.

Consequently, students may have to decide whether to stick with the original school they selected, even if it doesn’t offer as much tuition help.

4. More need-based aid may be available

If a family is affected by the economic fallout from COVID-19, they may appeal for additional need-based financial aid. The financial aid system estimates parents’ ability to pay on income that was earned two years ago. Due to COVID-19, income earned in the first quarter of 2020 may not predict a family’s total 2020 income. For that reason, it will be important for families to work with the financial aid office of the colleges on their list to help them take a lower family income into account when calculating the family’s eligibility for financial aid. It is important for families to explain the need for more financial aid during the application process or certainly pre-deposit – not after a paying an enrollment deposit.

In the past, I always advised students to schedule a day to visit the campus of a school they might attend. Among other things, I would tell them to request a meeting with a faculty member in major they might consider, sit in on at least one class and to meet with an admissions officer and a financial aid adviser if appropriate. The big open houses for admitted students are great, because you get to meet potential classmates, but they are not the same as visiting campus during a school day.

Visiting a campus may not be feasible since so many colleges have shut down for the rest of the spring semester. But many colleges are now hosting virtual visits complete with live tour guides and interactive Q&A sessions. Some have also built upon existing social network platforms to encourage engagement with members of their campus community. In addition to these staged visit programs, you can also request to meet with a professor on a video chat. You can even ask to visit an online class.

The visit really isn’t about the buildings or the beauty of the physical space. It’s about the people with whom you will live and learn. Hopefully you can get a good feel for that through the virtual version.

Whether to stray from a top college choice in these uncertain times is a decision that students and their families must make. At some point – likely long before this entering class graduates from college – the pandemic will be over and life as we knew it will return. Parents and students should make this decision carefully, of course, and should consider what is in the student’s best interest going forward in a post-COVID world.

[Our newsletter explains what’s going on with the coronavirus pandemic. Subscribe now.]

Robert Massa does not work for, consult, own shares in or receive funding from any company or organization that would benefit from this article, and has disclosed no relevant affiliations beyond their academic appointment.

Aperion Care now has nine positive COVID-19 cases at its East Moline facility; eight are residents, and one is an employee. One resident has died.