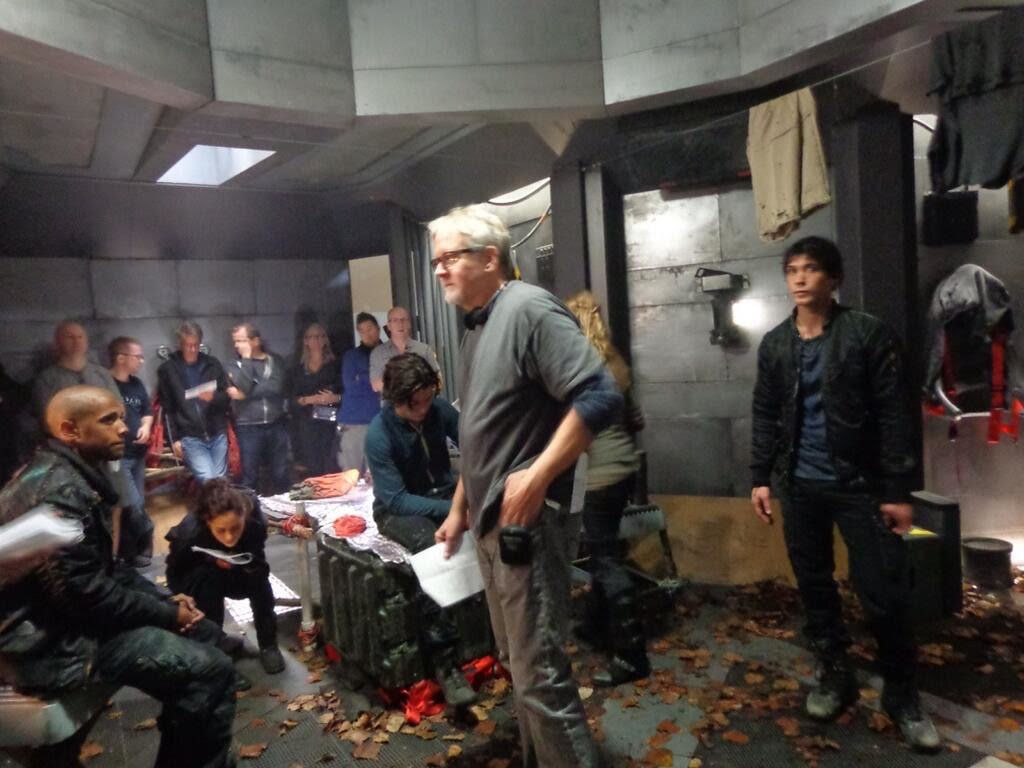 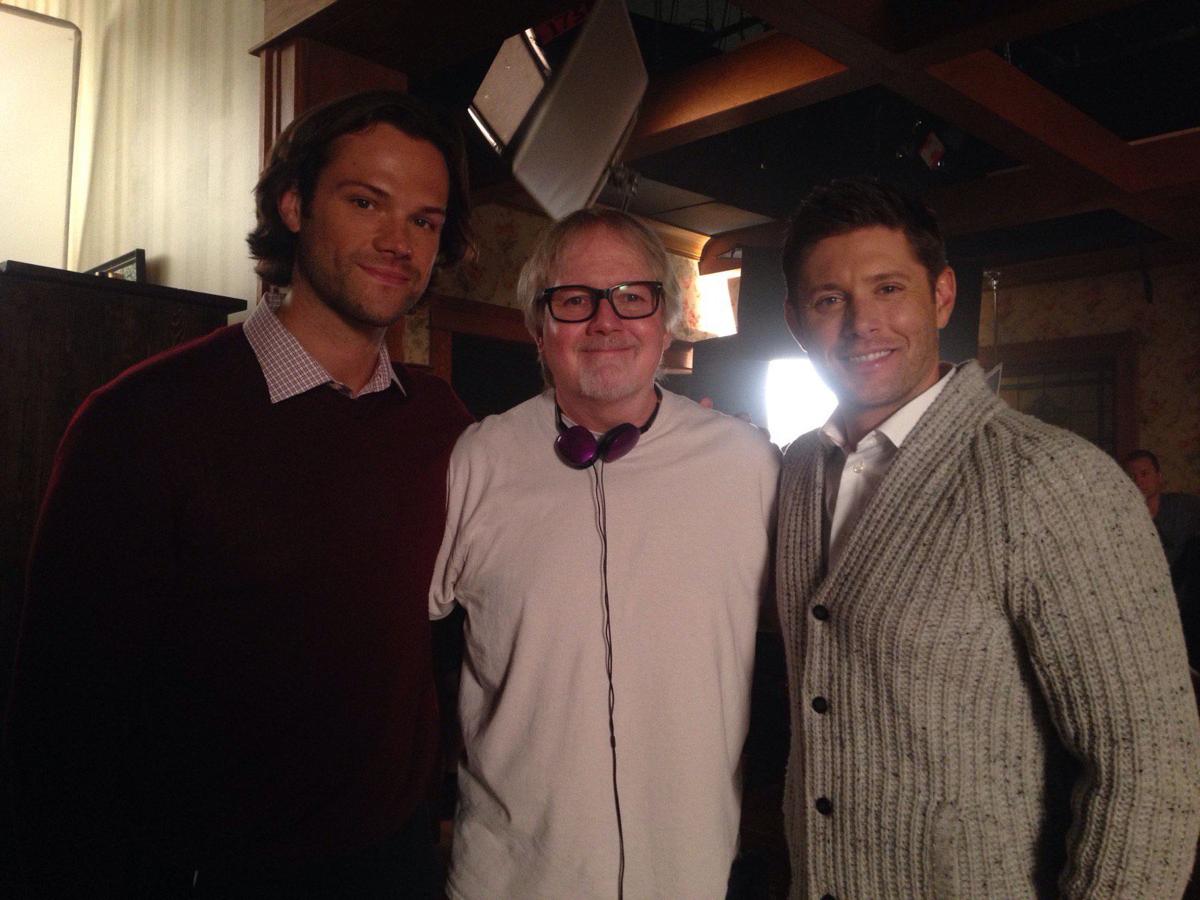 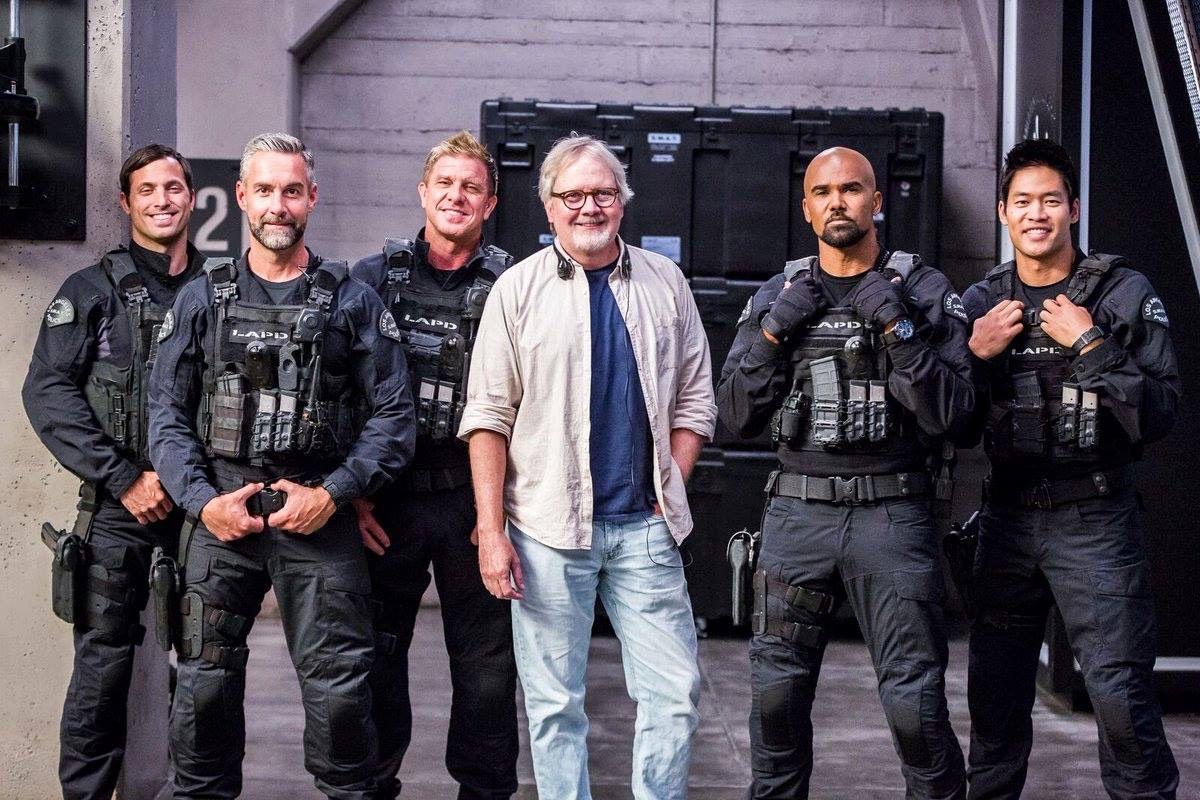 John Showalter and the cast of 'S.W.A.T.' 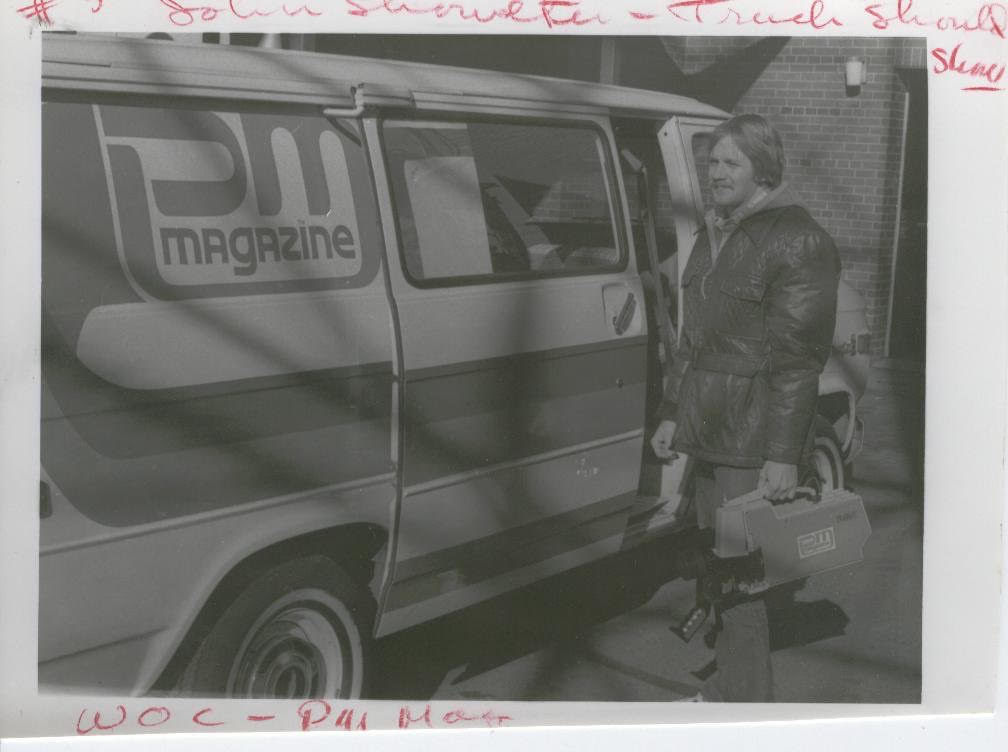 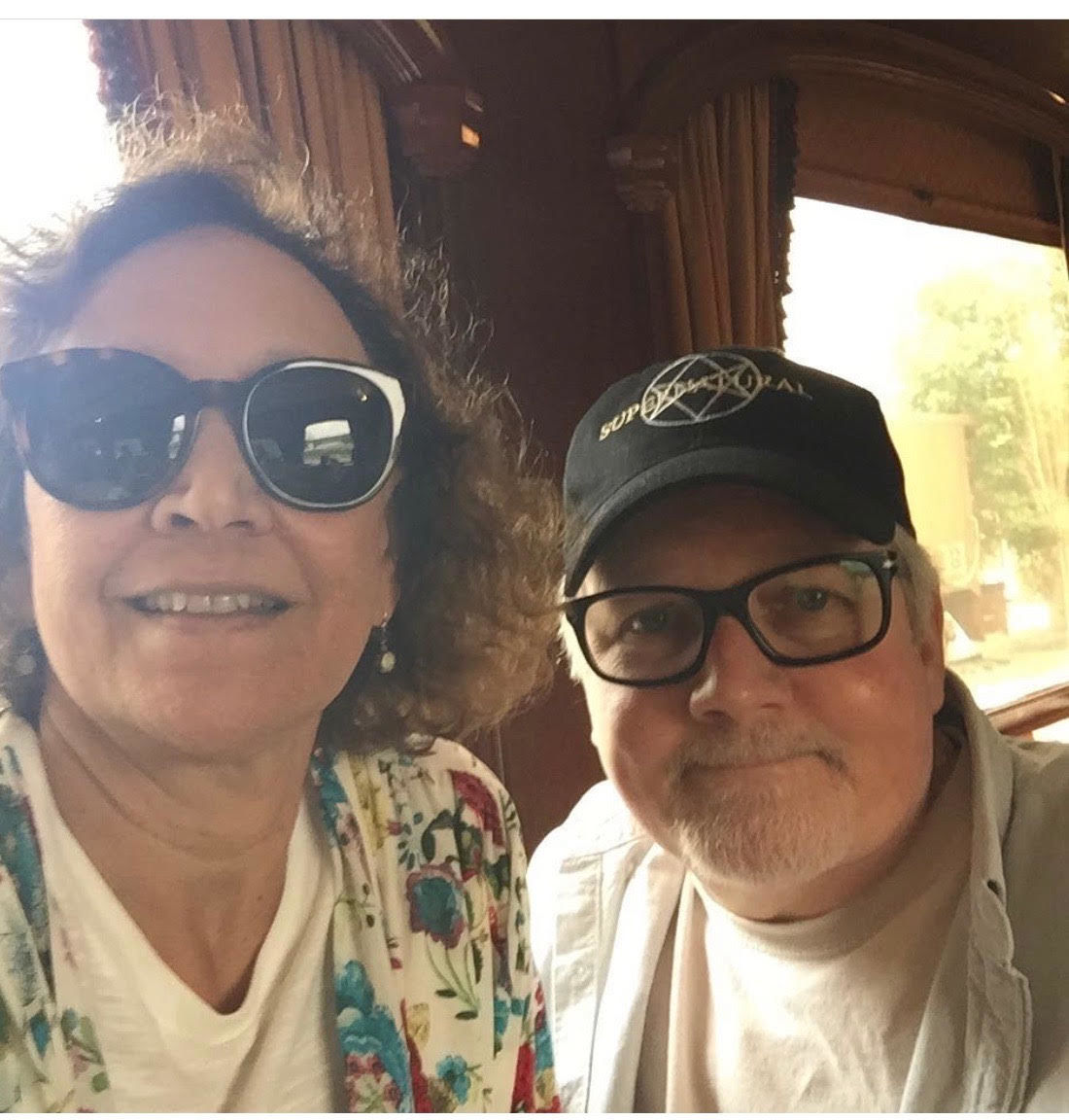 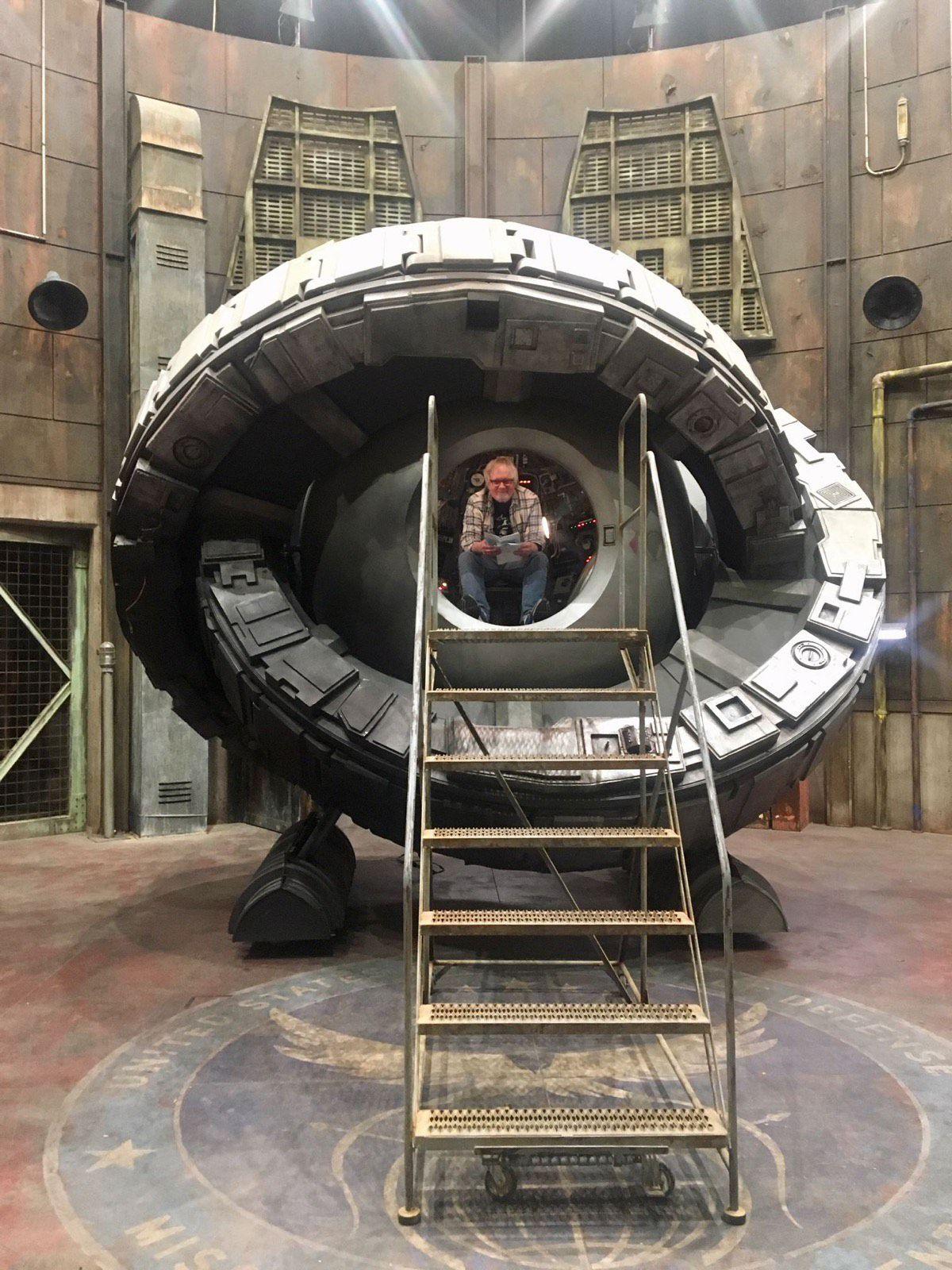 John Showalter on the set of 'Timeless' 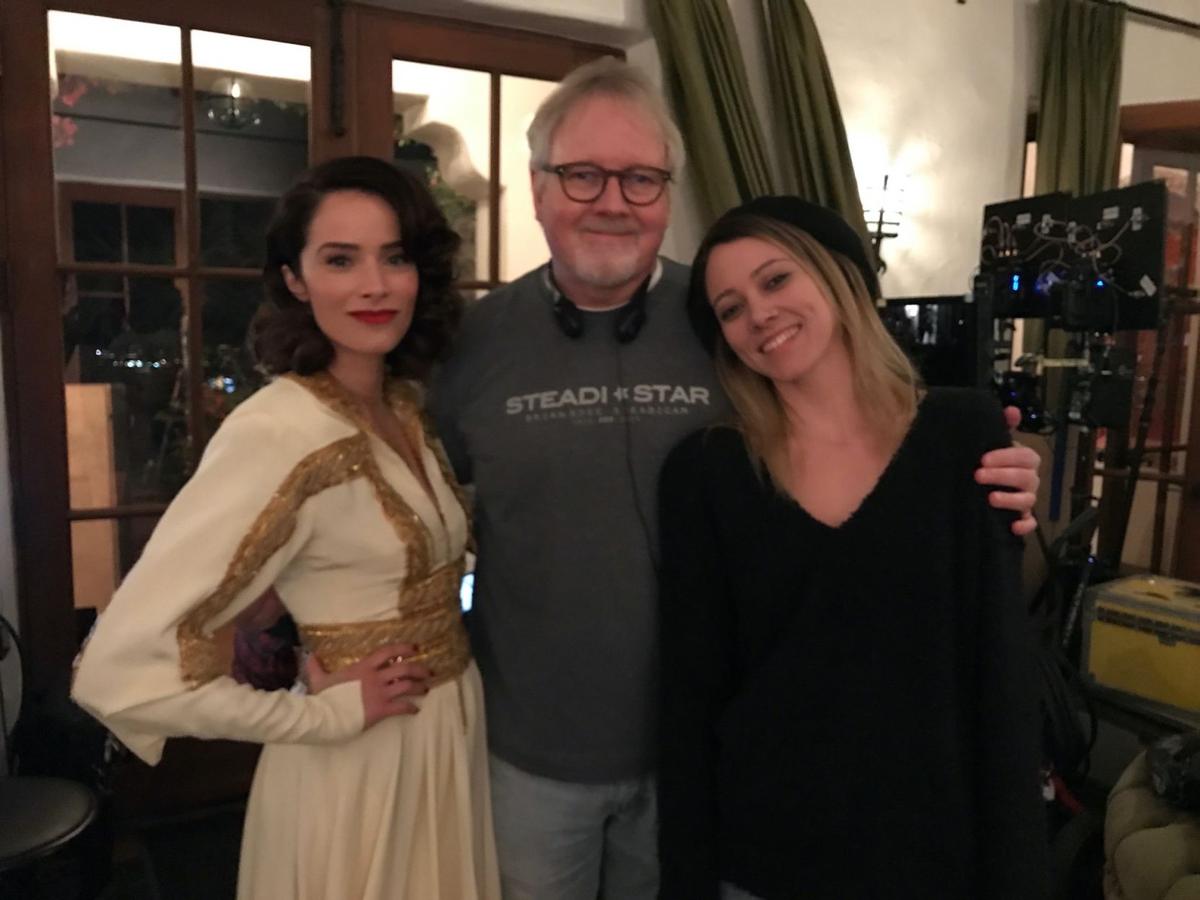 Abigail Spencer, of 'Timeless,' with John Showalter and his daughter, Maeve

The series, which has a cult following, was first broadcast in 2005 on The WB, and is now part of The CW's lineup. Its final, 15th, season has been disrupted by the COVID-19 pandemic.

He’s co-executive producer. He directed his first “Supernatural” episode in season five, and worked up to 26 episodes as director.

Showalter is now in the midst of an unexpected waiting game, uncertain when the last two episodes will be filmed.

“It’s really heartbreaking that the show is ending this way,” he said from his home in Woodland Hills, Calif. “We’re not going to get to do a big finale because of COVID-19.”

He hopes shooting can resume in August.

From floor crew to editor

Showalter grew up in Davenport at 15th and Fillmore streets, the son of Patricia and the late Dave Showalter. Two brothers and a sister still live in Davenport, and he also has a sister in Virginia.

He remembers learning he could tell a story with a camera back in J B. Young, where he took a speech class.

He graduated in 1974 from Central High School, took a year off from school, and worked at Oscar Mayer and Eastern Iowa Grain Exchange before he headed back to the classroom again. He graduated from St. Ambrose University in 1979 with a major degree in mass communications and sociology and a minor in business.

“I was already lucky enough to be working at (what then was) WOC,” said Showalter, who first was part of the floor crew, then began to direct news and run master control.

“I just loved it at WOC,” he said. “I could have easily been a lifer.”

“Then they did a search for people to work on the show ‘PM Magazine.’ That gave me national exposure.

“You would get stories from all over the country but you would build the show around those stories. “

Back then, Dunn & Bradstreet owned a bunch of TV stations, and wanted to produce stories in-house for the hour-long “The Afternoon Show.”

Showalter traveled the world doing that.

“We were on the verge of it going nationwide, not just to the stations they owned.”

Then the call came: Dunn & Bradstreet decided to get out of the broadcasting business.

Showalter ended up in Los Angeles. He married Marla Lugo (they’ve been married 36 years) who also worked at WOC.

“I think when I first got to L. A. I was kind of disappointed,” he said. “They try to pigeonhole you, they put a label on you.

“There’s a lot of bureaucracy,” he aid. “WOC was just pick up a camera, do what you want, and tell a story without all the suits and all the hands and all the politics.”

Showalter loves working with “Supernatural” stars Jared Padalecki and Jensen Ackles, to whom he refers affectionately as 'the boys.' He says they're great guys. “There are a lot of egos in this business. They are not like that.”

“It’s one of those shows the fans just love,” he said. “I’ll be out with ‘the boys’ having a beer or out with some of the other actors, and you can have a nice quiet drink in the bar or it can be like you’re sitting there with The Beatles.”

A few years ago, his sister in Virginia asked whether he could secure autographs from Padalecki and Ackles for a boy with cancer who cosplayed — dressed up as — characters from the show.

Both leads, who met in the casting room for the show, live in Austin, where they are the best of friends.

“I wrote ‘the boys’ and I said, ‘Sometimes I forget while we’re making these things, with short fuses and arduous hours, that people are actually watching this. Will you send me an autographed picture for this kid?”

They did more than that: They flew the boy and his family to the next “Supernatural” convention.

Another critically ill fan at one time wanted one of the coats the character Sam (Padalecki) wears on the series.

The fan received the coat, and eventually was buried in it. Showalter was touched when he found out about it.

At the heart of the Netflix doc, viewers will see if the friendship between two cubers can hold up as they compete in the 2019 World Championships.

Plus, 'I Love Lucy,' '30 Rock' and more crazy getaway episodes available to stream on Hulu.

Plus, learn more about the new series joining the network's original lineup.

And don't miss 'World of Dance' on NBC.

Plus, 'American Pickle' on HBO Max.

“Homeland” ended its eight-season run on Showtime this April, but the Emmys didn't give it much of a goodbye gift.

It might be hard to see some of your actual friends this year, but David Schwimmer has some news that might cheer you up: the "Friends" reunion could start filming next month.

And don't miss a new 'At Home With Amy Sedaris.'

John Showalter and the cast of 'S.W.A.T.'

John Showalter on the set of 'Timeless'

Abigail Spencer, of 'Timeless,' with John Showalter and his daughter, Maeve