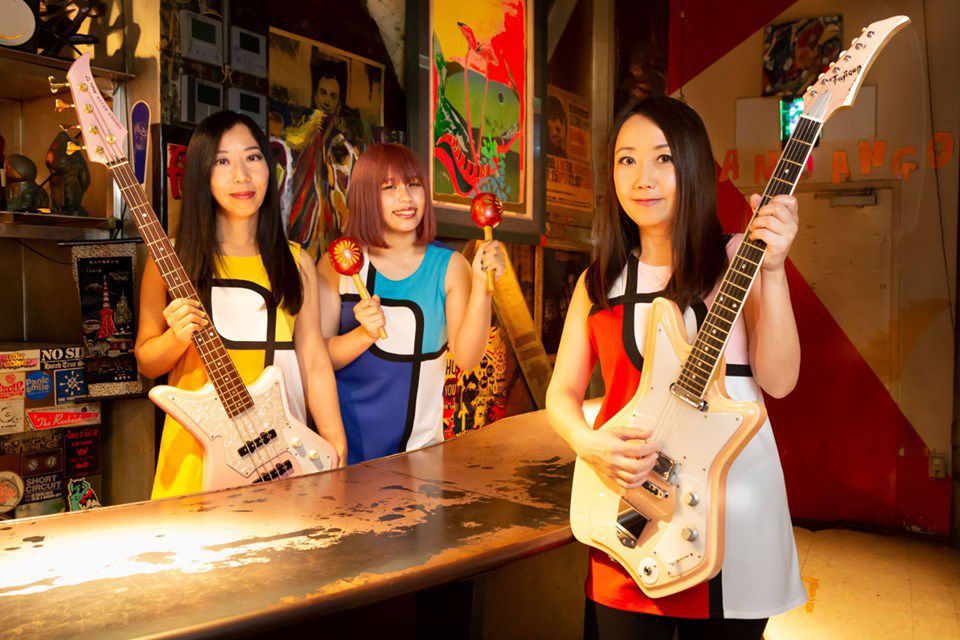 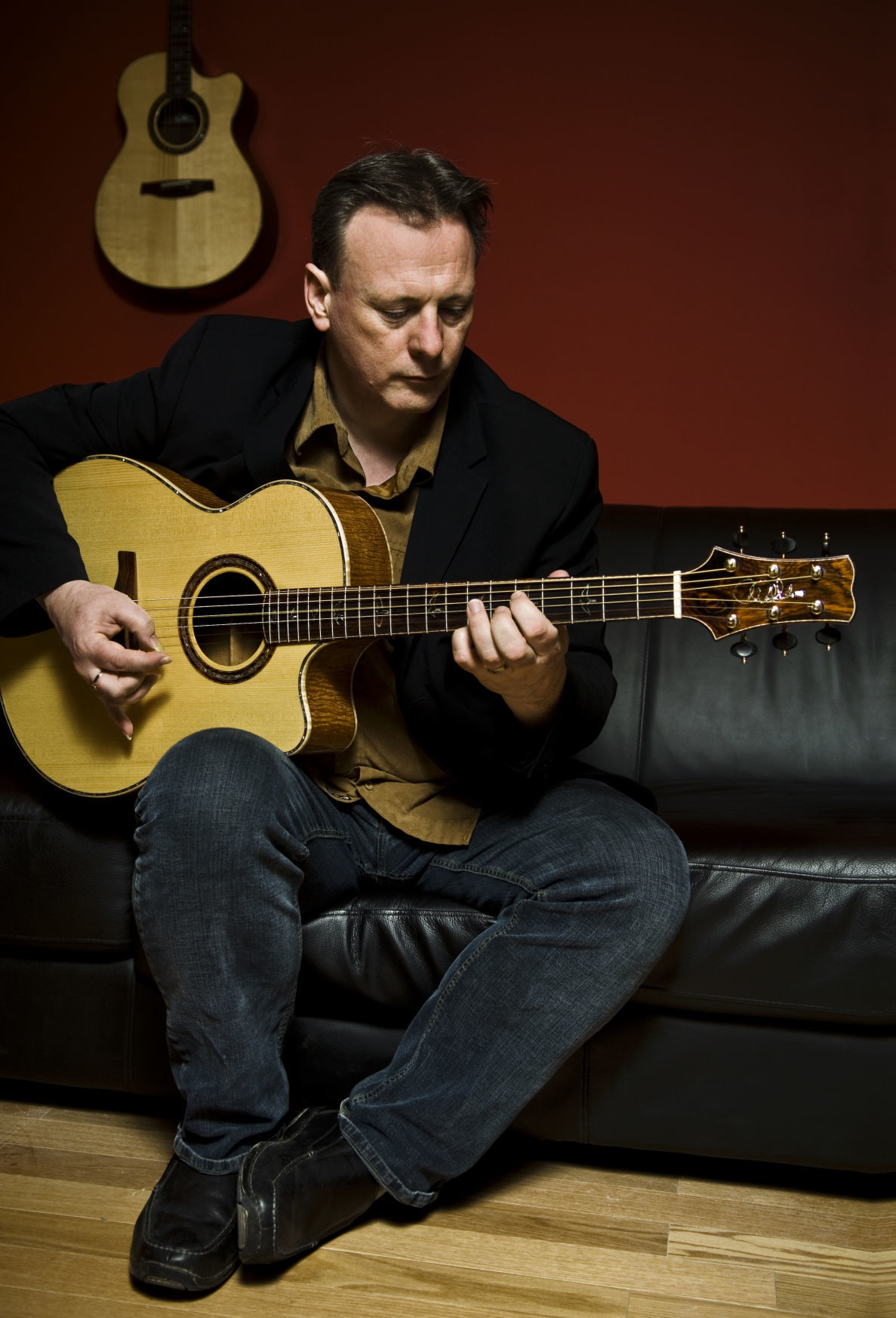 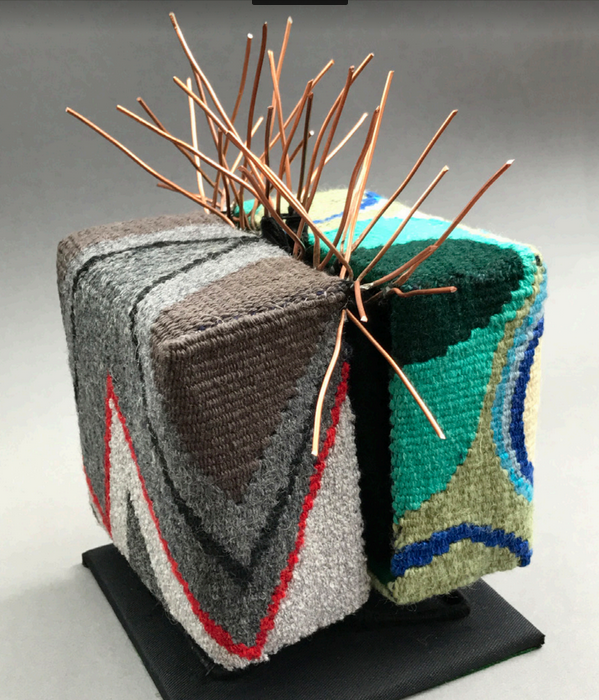 Lindsey Marshall, United Kingdom, "Let Me In," made of cotton, linen and wool. 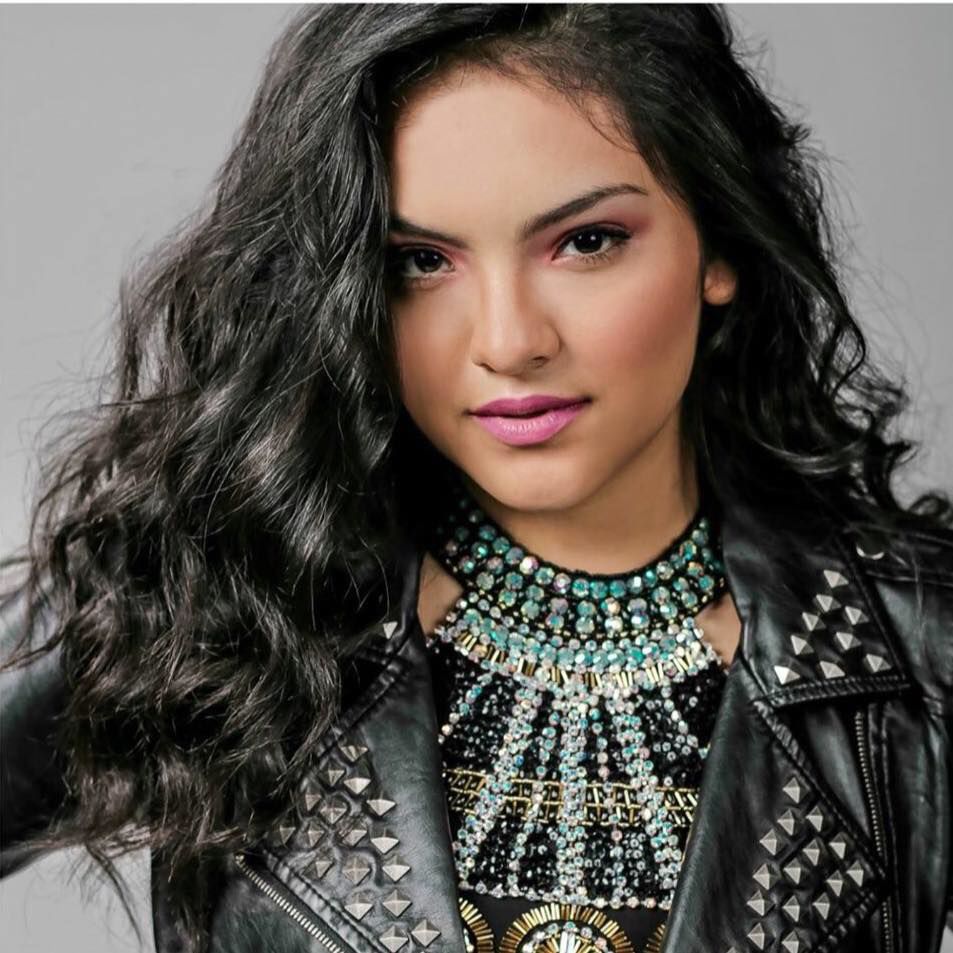 Four events for you!

The all-female band was formed in 1981 in Osaka, Japan. According to a 2018 review of their “Alive! In Osaka” DVD at spillmagazine.com, their classic debut album “Minna Tanoshiku” was released in 1982, and since then “they have issued an astonishing 21 studio albums.” There have been many member changes in the group, but the lone original member, 58-year-old Naoko Yamano (guitar and lead vocals), remains.

“They are incredibly fun to watch live, and one sees how much they enjoy what they are doing,” the Spill review said. “Watch them sing 'Rock ‘n’ Roll T-shirt.' Their happiness and enjoyment is infectious. And the humour is there as well. ... For any band to last this long is a major achievement, but for a punk band from Japan, it is more than that. I doubt the band even thought they would be around this long and not only maintaining their audience but continually adding to it.”

Kurt Cobain was a huge fan, which helped boost their career, according to a review of a 2016 Scotland show at theguardian.com. It called Yamano “a wellspring of enthusiasm for the elementary pleasure of punk-pop. She looks little older than the band’s young new drummer, Risa, and still plays with all the excitability of a teenager who’s just learned three chords and realised she’s got the mastering of most of the Ramones catalogue.”

A 2018 concert review, at qromag.com, said the “trio crafts stripped-down songs with simplistic lyrics sung both in Japanese and English. Despite their pop-oriented nature, the trio maintains a distinctly underground garage rock sound rooted in edgy instrumentation and D.I.Y. aesthetics, which over the course of their long career has earned them a solid, worldwide cult following,” the review said.

“From early childhood, his twin obsessions of traditional music and acoustic guitar have worked together to produce a startlingly original approach to this ancient art,” according to the biography of McManus, who was born in 1965. “In Tony’s hands, the complex ornamentation normally associated with fiddles and pipes are accurately transferred to guitar in a way that preserves the integrity and emotional impact of the music.”

Self-taught from childhood, McManus abandoned academia in his 20s to pursue music full-time, his bio said, noting the session scene in Glasgow and Edinburgh, Scotland, provided the springboard for gigs around Scotland and a studio set for BBC Radio, frequently rebroadcast, began to spread the word.

McManus is in demand around the world and can be heard on dozens of albums. His new album “Mysterious Boundaries” is his most ambitious to date. A challenge from mandolin virtuoso Mike Marshall to learn the Bach E Major Prelude on guitar led to an exploration of classical and baroque music — different from the jigs and reels that he grew up with, according to his bio. By examining boundaries between genres and sticking to his steel string guitar (rather than classical guitar), the disc includes a rendition of Bach’s colossal Chaconne in D Minor.

The event begins with a potluck dinner at 6 p.m., with music starting at 7. A $10-20 donation is suggested. For more information, visit bishophillcommons.com, and to learn more about McManus, visit tonymcmanus.com.

A worldwide tapestry of art at Augie

The American Tapestry Alliance will present “Small Tapestry International 6: Beyond the Edge” from Friday (Sept. 6) through Oct. 12 at the Augustana Teaching Museum of Art. An opening reception will be held from 5 to 7 p.m. Friday in the museum inside Centennial Hall, 3703 7th Ave., Rock Island.

Rowen Schussheim-Anderson, a tapestry artist and Augie art professor, will offer a tour at 5 p.m. Two other artists in the exhibition also will be on hand to talk about their works.

“Small tapestries investigate the range of woven possibilities at a very fine scale,” she said. “This juried exhibition includes unique and varied expressions in fiber art from around the world."

Artists from the United States, Italy, Scotland, Canada, Denmark, Australia, Russia and the United Kingdom are included in the show. Their work includes traditional materials such as cotton, wool, silk and also discarded plastic bags on linen, wire and newspaper.

Juror Jane Kidd, a weaver from Salt Spring Island in Canada, chose 43 tapestries from 116 entries for the show. “Many of the tapestry makers in this group have embraced risk-taking in their approach to composition and technique; they recognize the edge not as a boundary but as a place for exploration," she said.

Chicago native Isabel Marie Sanchez will headline Saturday's annual Viva Quad-Cities Fiesta at Davenport's LeClaire Park, to run from noon to 10:30 p.m. Admission is $10 at the gate, free for kids 12 and under, and free for those with a military ID.

Sanchez, who's 16 and lives in San Antonio, began singing at the age of 2. Last year, she released her third album, “XOXO, Hugs & Kisses” — the first since the singer won Best New Female Artist in 2017 at the Tejano Music Awards. It’s the follow-up to her successful sophomore album, “Sígueme,” released in 2017, made with the legendary Abraham “Mr. Q” Quintanilla (Selena's father) at Q-Zone Records.

Viva started in 1993 and is the only fiesta of its kind between Des Moines, Chicago and Milwaukee that celebrates the vibrant Hispanic culture in the Q-C while raising funds for college scholarships. It teams up with the League of United Latin American Citizens (LULAC) to host the event. In partnership with the Davenport and Moline LULAC councils, Greater Quad Cities Chamber of Commerce and Quad Cities Fiesta Parade, the event is dedicated to assisting area students achieve their college dream.

The fiesta reflects the growing diversity and vitality of the Hispanic community in the area. Food booths, arts, crafts and entertainment are highlights of the fiesta. The various Hispanic cultures are represented at the event through vendors, exhibits, food, music and dancing. Special children’s areas and activities are held during the first half of the day.

The fiesta and organization continues to grow in raising scholarship money, with over $280,000 awarded over the past 26 years. For more information, visit vivaquadcities.com.

The Rolling Stones discuss if 2021 tour will be their last

Matthew McConaughey weighs in on his future in politics

Matthew McConaughey weighs in on his future in politics

Lindsey Marshall, United Kingdom, "Let Me In," made of cotton, linen and wool.