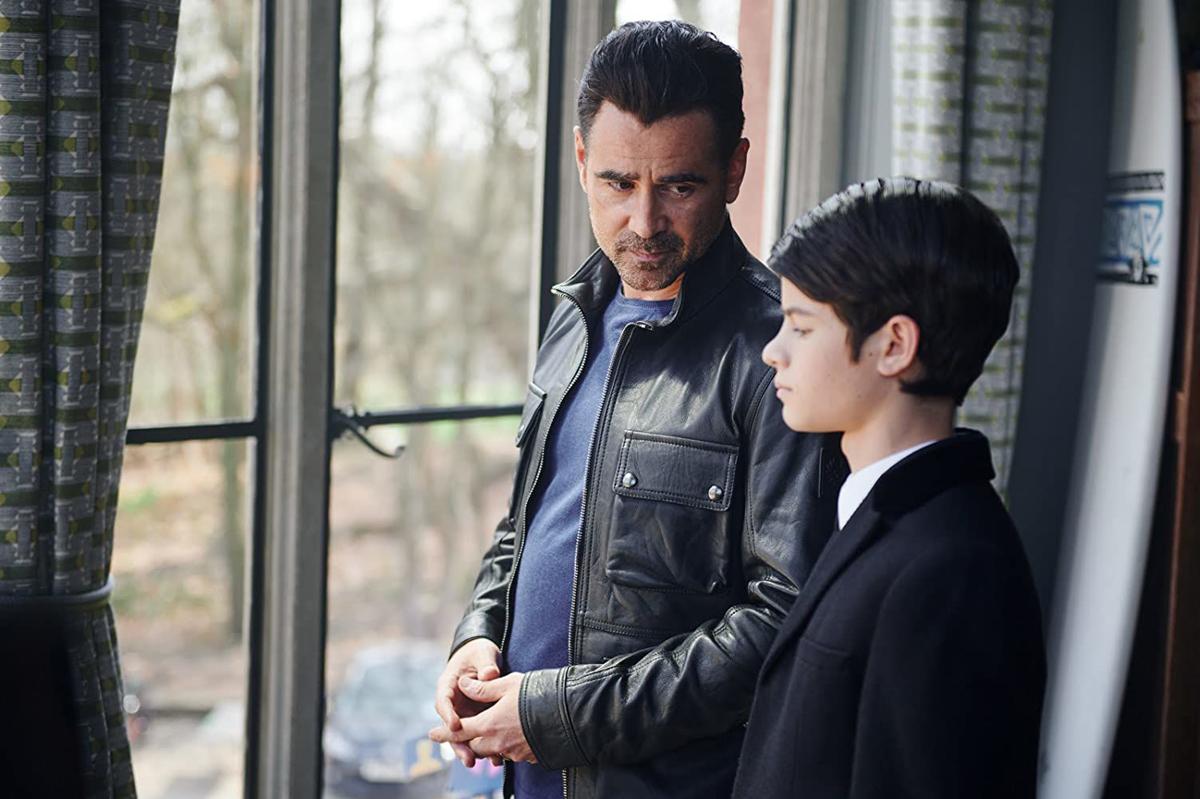 Somewhere, Disney executives are mopping the sweat off their brows and saying “Whew. We dodged a bullet with that one.”

“Artemis Fowl,” a film first scheduled for release in August 2019, never made it to the big screen.

At one point, it was supposed to come to theaters in May … you know what happened before that.

Now it’s been released to anything but fanfare on Disney+. Had it hit theaters, it would have struck with a resounding thud.

Whatever misfortune or planning landed it on the Disney+ streaming platform is to be commended.

The “Harry Potter”-esque movie is based on the first two popular young-adult series of books by Eoin Colfer about a rich young criminal genius who discovers a world of fairies living under the surface of the Earth.

Artemis (newcomer Ferdia Shaw) is a 12-year-old prodigy whose father (Colin Farrell) is always flying around the world to procure unusual, sought-after artifacts. In their mansion, which resembles an antiquities museum, Artemis is forever hearing his dad tell stories about fairy folk and other maybe-not-so-mythical creatures.

Artemis, who barely can tolerate those who do not measure up to his intellectual abilities, must go to the rescue when his father is kidnapped by something supernatural. He will be imprisoned until Artemis delivers a powerful object.

Josh Gad as Hagrid, er, I mean, Mulch Diggums, is a tall, dirt-eating dwarf who narrates some of the story. He’s the best thing about the movie, giving his character passion and depth. His character also, unfortunately, is the most obvious rip-off of the “Harry Potter” universe.

Judy Dench appears as a leader of the fairy world who proves to be a supporter of Artemis. Her voice most of the time (but not all of the time – very strange) sounds like she’s a heavy smoker in a role that’s even more bizarre than her turn in “Cats.”

Kenneth Branagh, who also helmed the elegant “Cinderella,” several Shakespeare treatments and the enjoyable remake “Murder on the Orient Express,” directed this.

The whole film is completely overwhelmed by CGI. All kinds of creatures abound, but to what end? A parade of fantasy beings does not a film make. The characters, which aren’t particularly likeable, never develop enough for the audience to get to know or like them.

I wanted to know so much more about Artemis and his father, as well as the creatures in the fantastic world below us.

I’m sure some of the questions I have were set to be answered in a sequel, but I’m not so sure that’s going to happen, now that Disney has a streaming bomb on its hands.

I happily await the return of Disney magic, and I hope the live-action “Mulan,” scheduled to open July 24, is the film to bring it back from this foul play.

Running time: One hour and 35 minutes.

Thursday briefing: Q-C COVID-19 cases on the rise, community center in Rock Island coming back to life, and no kart races this year

We're looking at a very summer-like day. Here are the weather details from the National Weather Service.