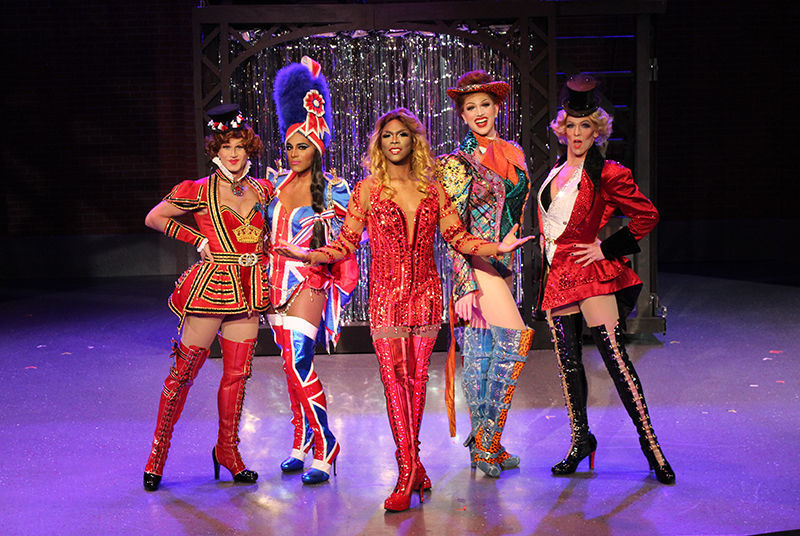 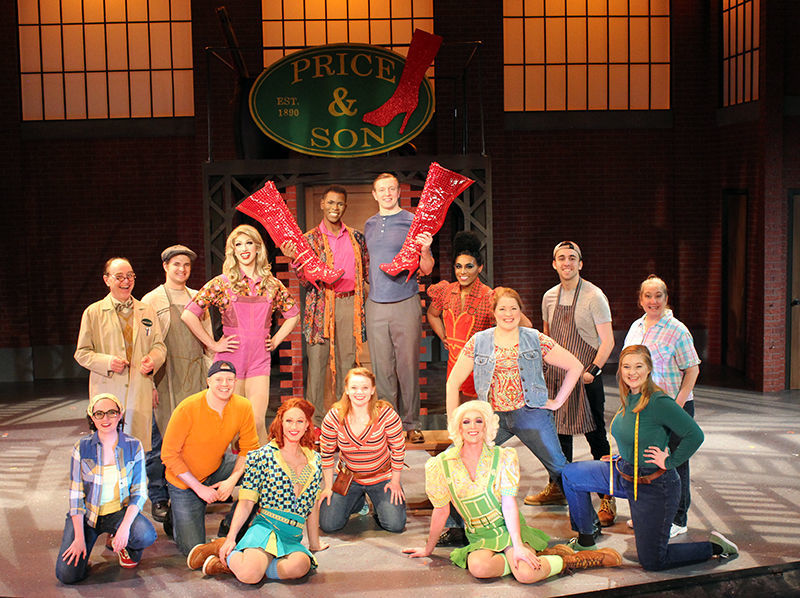 The cast of Circa '21's "Kinky Boots," the 2013 Broadway Tony winner that is making its Q-C theater company premiere. A national tour performed last June at the Adler. 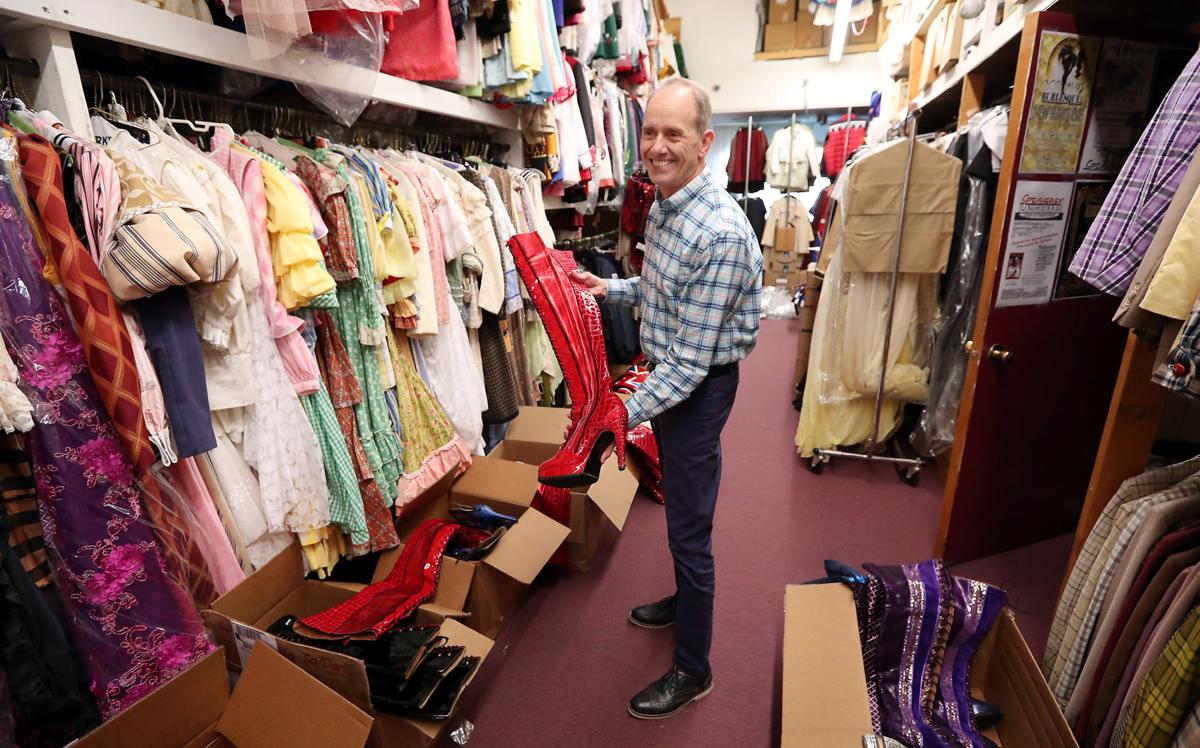 The irrepressible 25-year-old Georgia native makes his Quad-Cities debut in the hit “Kinky Boots,” as drag headliner Lola, a fabulous entertainer in need of some sturdy stilettos, immortalized on Broadway in 2013 by Billy Porter.

“I’ve been thinking about this role since I was in 10th grade,” he said. “When the soundtrack came out, I had to buy a new CD because I used it so much.” Harris first saw a production live in Atlanta, in 2015.

With a Tony-winning score by Cyndi Lauper and book by multiple Tony winner Harvey Fierstein, "Kinky Boots" tells the story of two men who appear to have nothing in common. Charlie Price (played by Circa veteran and 31-year-old Iowa City native Michael Penick) has reluctantly inherited his father's failing shoe factory. Trying to live up to his father's legacy and save his business, Charlie eventually finds inspiration in drag star Lola.

Lola is a dream part, including nine costumes for him alone from the original Broadway production, Harris said.

“It’s like I’m retelling pieces of my own story through Lola,” Harris said.

Growing up in the South, coming out as a gay man, he was bullied, he said.

“I went into a lot of depression and my dad pushed me to play football and play all these sports,” he recalled. “I was never man enough for people around me. As I grew up, it didn’t matter how masculine I was. As a person, we’re all the same at the end of the day,” Harris said. “We all want to be loved, to feel useful.”

“The performance isn’t for me; it’s for people watching,” he said. “I want people to know, it’s OK to be different.”

Veteran director Seth Reines — who’s been part of Circa since its 1977 start — saw Harris audition in North Carolina, and “knew we wanted him to be part of this from the very beginning.”

“What he brought, there was just an honesty there,” the director said. “It’s not often you go into an audition that actors let down their guard and you see who they really are, and he did that. That touched me. You can do a very slick performance of this, but he puts his heart out and says, ‘Here, hold my heart.'”

“I’ve seen people try to take on a role that’s like Lola/Simon and make it a caricature, make fun of it," Harris said. "Yes, it’s a fun role to play. It has laughter, but there’s a person behind that.

“We all have feelings,” he said. “You don’t have to accept, but you have to respect.”

“This script in particular is so well-written, it makes that easy for us as actors,” Penick said. “It’s great to be on stage and not fight a script to get to that place where you can be open, vulnerable and honest with your scene partner.”

Harris said when he recently zipped on one of the dresses: “It felt like it was made for me. It’s like, I felt like I was meant to be in that moment, at that time, it was sewn together for me. When I looked at the tag and saw the (Billy Porter) name, it pushed it even further. This isn’t my end; I have more to go. These people have worn these and maybe some other person who’s gonna be Lola will wear something I’ve worn before.”

“I love the music; I think it’s fun,” said choreographer Christie Kerr, who teaches musical theater at University of Arizona. “I love the fact that it’s a new show that hasn’t been done so much. ... The opportunity to get to do a new show, and when I found out we had the Broadway costumes was amazing."

“This is a bold step for Circa. Most of their shows don’t say as much as this show," Reines said. "It’s important, and I applaud Denny (Hitchcock) for taking the chance to do it.”

What’s so hard about peace, love and understanding?

There's no business like shoe business, and there's never been a musical about it like the wild, colorful “Kinky Boots,” a joyful show that ex…

The cast of Circa '21's "Kinky Boots," the 2013 Broadway Tony winner that is making its Q-C theater company premiere. A national tour performed last June at the Adler.