MNF: The latest scores and updates from the Saints vs. Raiders

Geraldine Viswanathan plays a high school reporter who uncovers a scandal at her school in "Bad Education." 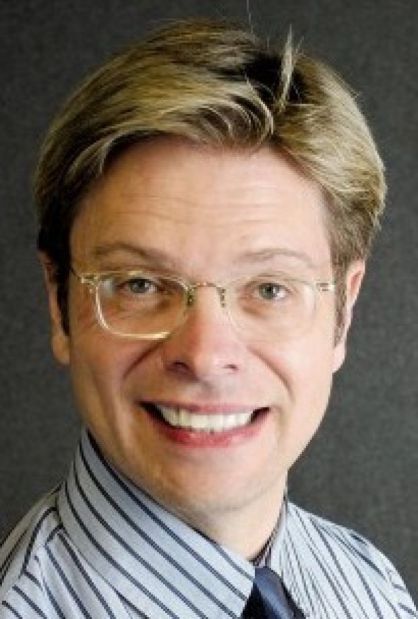 Allison Janney and Hugh Jackman play school officials who manage to get money out of the system in "Bad Education."

“Bad Education” is a strong Emmy contender for best TV movie, largely because it uses a great cast to tell an almost unbelievable story.

Like “The Post,” “Absence of Malice” and many other journalism-heavy films, it shows how seemingly above-the-law folks get caught.

Based in truth (and set in the early 2000s), “Bad Education” follows two administrators, Frank Tassone (Hugh Jackman) and Pam Gluckin (Allison Janney) as they try to hide how they took millions out of their New York school system.

Roslyn High School chalks up educational accomplishments under his leadership; the town benefits from those advances.

Naively, a student reporter, Rachel Bhargava (Geraldine Viswanathan), happens upon information that suggests problems with the district’s finances. Gluckin, it seems, has an expense card that she openly shares with others. When a home remodeling project draws concern, the school board president begins asking questions.

Sure enough, Gluckin has been embezzling hundreds of thousands. Rather than risk the bad publicity, Tassone asks the board to keep it under wraps. The members do, Gluckin “retires,” and the dominoes begin to fall.

Directed by Cory Finley, “Bad Education” is a juicy “how’d they do it?” drama. Jackman and Janney complement each other nicely and, as the prying reporter, Viswanathan is just right.

While the real Frank Tassone says the film isn’t truthful, it is a cracklingly good mystery.

As Jackman’s Tassone gets closer to being found out, you can almost see the wheels turning in his head. One by one, the receipts tell a fascinating story – particularly when they include first-class plane tickets.

A secret life is revealed and, soon, the courtroom drama begins.

Janney offers up a fun accent (and a flair for entertaining); Jackman is ideal as the man who thinks he can doctor the truth.

Written by Mike Makowsky, “Bad Education” should be mandatory viewing for journalism students. It shows how a little legwork and tenacity can produce telling results.

Nominated for Best TV Movie and Lead Actor, “Bad Education” is likely to go home with at least one trophy. There’s plenty here to savor, particularly since it shows covers don't necessarily reveal the books within.

FILM: “The Big Ugly”; “First Cow”; “A Nice Girl Like You”; “Vitalina Varela”; “Waiting for the Barbarians”

After months of rolling with a COVID-19 standstill, country music artist Joe Nichols will play a socially-distanced show at Murphy Park in East Moline on Oct. 10.

About Town: Enjoy Live@Five, ballet, or a gourmet meal this week

Since 1970, Quad City Arts has brought educational opportunities, programs, art, community events and more to the Quad-Cities region. Now, it is marking its 50th anniversary, and there’s plenty to celebrate.

Brace yourself for what might be the weirdest fall TV season ever.

ACM Awards 2020: Check out the list of winners and scenes from the show

Entertainer of the year, the top ACM prize, was presented last and produced a surprise. Here's the full list of winners as well as photos from the night's festivities.

What's behind the backlash to the French independent film that sparked a #CancelNetflix response?

"Schitt's Creek" made history at Sunday's Emmy Awards with a comedy awards sweep, something even TV greats including "Frasier" and "Modern Family" failed to achieve.

For book lovers, this fall promises an even deeper bounty than usual as publishers shuffle release dates amid the pandemic. Here's a list of best bets.

ACM Awards brings live performances back to TV. Here's a look at who's nominated and what to expect

At the Academy of Country Music Awards on Wednesday, there won't be fake fans, canned applause or pre-taped acceptance speeches. Here's a look at what to expect.

Geraldine Viswanathan plays a high school reporter who uncovers a scandal at her school in "Bad Education."

Allison Janney and Hugh Jackman play school officials who manage to get money out of the system in "Bad Education."