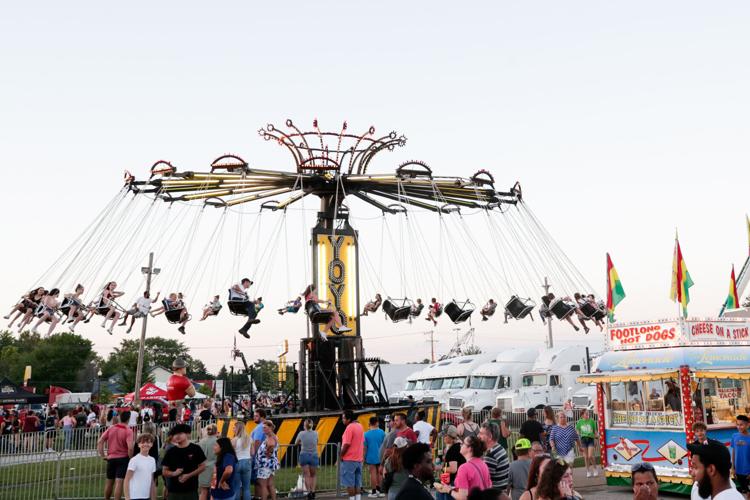 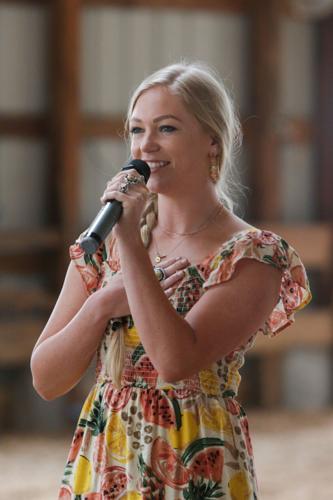 The Mississippi Valley Fair grandstand was already filling up with country fans when the news came — the Jimmie Allen concert was canceled. The country music star took to social media to explain the situation and ask the guilty party to start cutting some checks.

In a video posted to Twitter Thursday evening, Allen explained that his flight from Pennsylvania to Illinois was canceled due to weather after a couple of hours of waiting on the plane.

"American Airlines, didn't your parents teach you that communication is key?" Allen asked in the video.

The artist's band and crew were already in Davenport, Allen said, but they had no frontman to perform with. He asked the airline company to write some checks to reimburse the fans that were disappointed at the cancellation.

"I've still got to pay my band and crew, so y'all figure it out," he said.

Since the headliner couldn't make it to the fair, Angela Meyer decided to bring together some musicians and put on a show of their own. Meyer was supposed to sing the National Anthem in the grandstand Thursday evening but pivoted to hold a small concert for fairgoers.

After they started gathering tip money, Meyer decided to take what they made and donate it to the local 4-H chapter.

"People were just really excited," Meyer said. "I don't think they're always aware of the ways that they can donate to 4-H unless they have a 4-H kid. So it was really cool to be able to open this up to the public that they could just swing by and give a few bucks."

The "cow barn jamboree" featured music and some auction items, and ended the night with $1,200 in donations, all of which went to 4-H.

As someone who used to show animals of her own at the fair, Meyer said she was happy to give back to the kids who put their time and effort into taking care of and showing animals. The artist will perform 2-5 p.m. at the Shed in the fair.

"The kids that are in our program are super hardworking," said Scott County 4-H Youth Coordinator Emily Lyon. "They have a great drive and work ethic and it's really exciting to have someone come back in our community and be willing to not only donate that money ... but that they see the value in the program as well."

Across the Sky podcast: Meet the meteorologists from the Lee Weather Team!

Anne Heche has remained in critical condition since crashing her vehicle into a Los Angeles residence on Friday, according to a new representative for the actress. Get that and more trending news here.

Tommy Lee exposes himself online, what to expect at the Field of Dreams game, and more trending news

Rocker Tommy Lee posted a full-frontal nude photo on Instagram and Facebook early Thursday that he cheekily captioned with "Ooooopppsss." Get that and more trending news here.

Actor John Travolta, who co-starred with Olivia Newton-John in the hit movie musical "Grease," has posted a statement in tribute to the late singer. Get that and more trending news here.

Olivia Newton-John, the Australian singer who charmed generations of viewers in the blockbuster movie "Grease," died today, according to a statement from her husband. She was 73.

Jennette McCurdy makes some bold statements in her new memoir, starting with just the title alone. Get more on that and today's trending topics here.

Anne Heche 'not expected to survive,' on life support

Anne Heche is on life support after suffering a brain injury in a fiery crash a week ago and her survival isn't expected, according to a statement from a representative.

Anne Heche to be taken off life support after organ transplant recipients found just days after she was declared brain dead.

Anne Heche is to be taken off life support after organ transplant recipients have been found. Get that and more celeb news here.

Abbi Jacobson and Chanté Adams discuss Amazon Prime's "A League of Their Own" and the 11 best movies featuring high-stakes games on the latest Streamed & Screened.

Anne Heche has been taken off life support

Travis Barker is already back on stage against doctor’s orders

Travis Barker is already back on stage against doctor’s orders 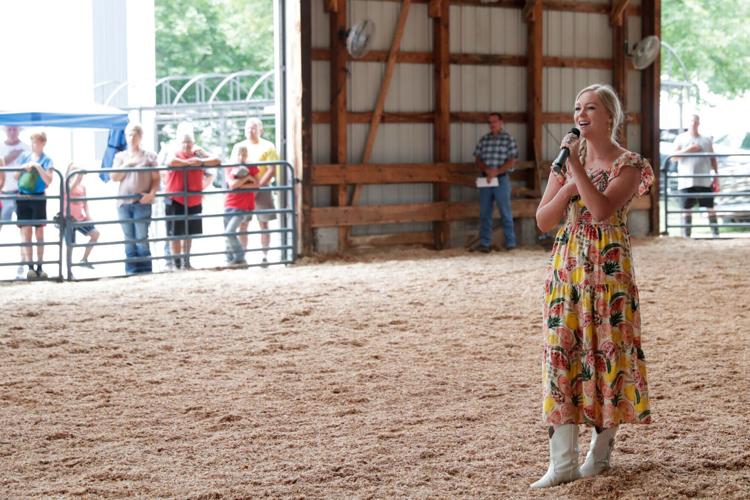 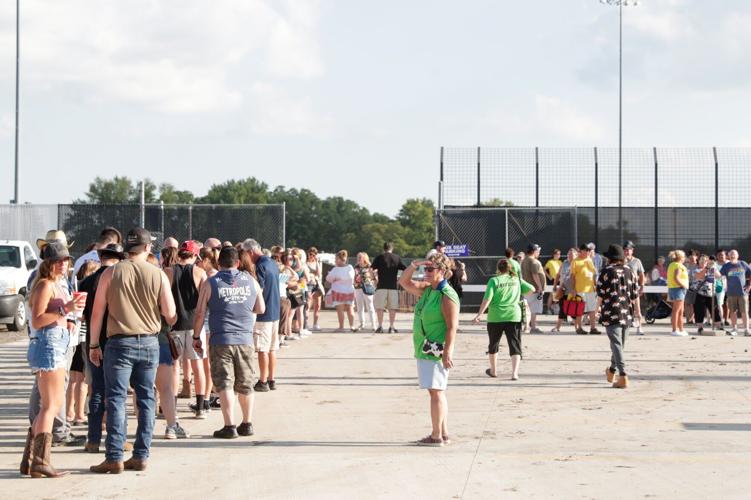 Concertgoers line up outside the Grand Stand before the Jimmie Allen concert, Thursday at the Mississippi Valley Fairgrounds in Davenport.