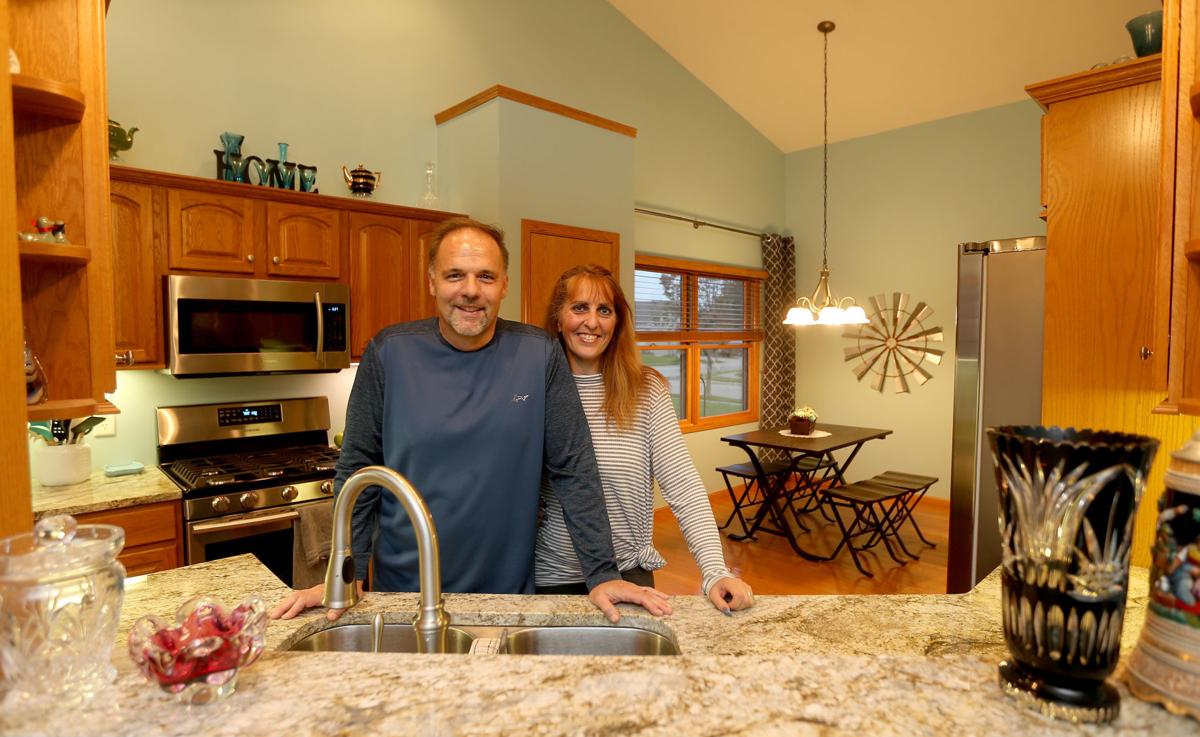 Doug and Lisa Dorris in their new home, Sunday, October 6, 2019, in Davenport. The couple's purchase process was part of an episode of "House Hunters" on HGTV. 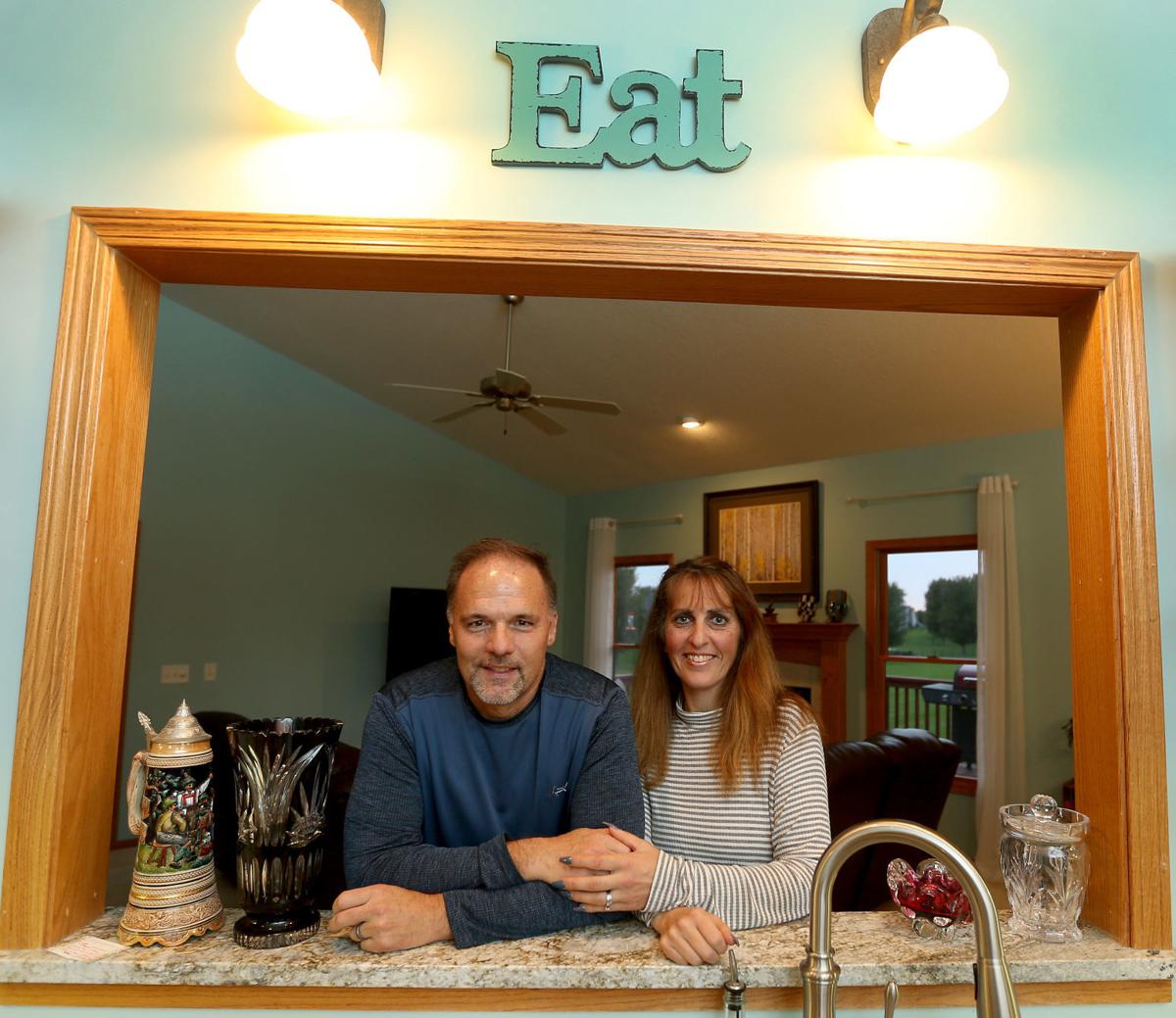 Doug and Lisa Dorris in their new home in Davenport. 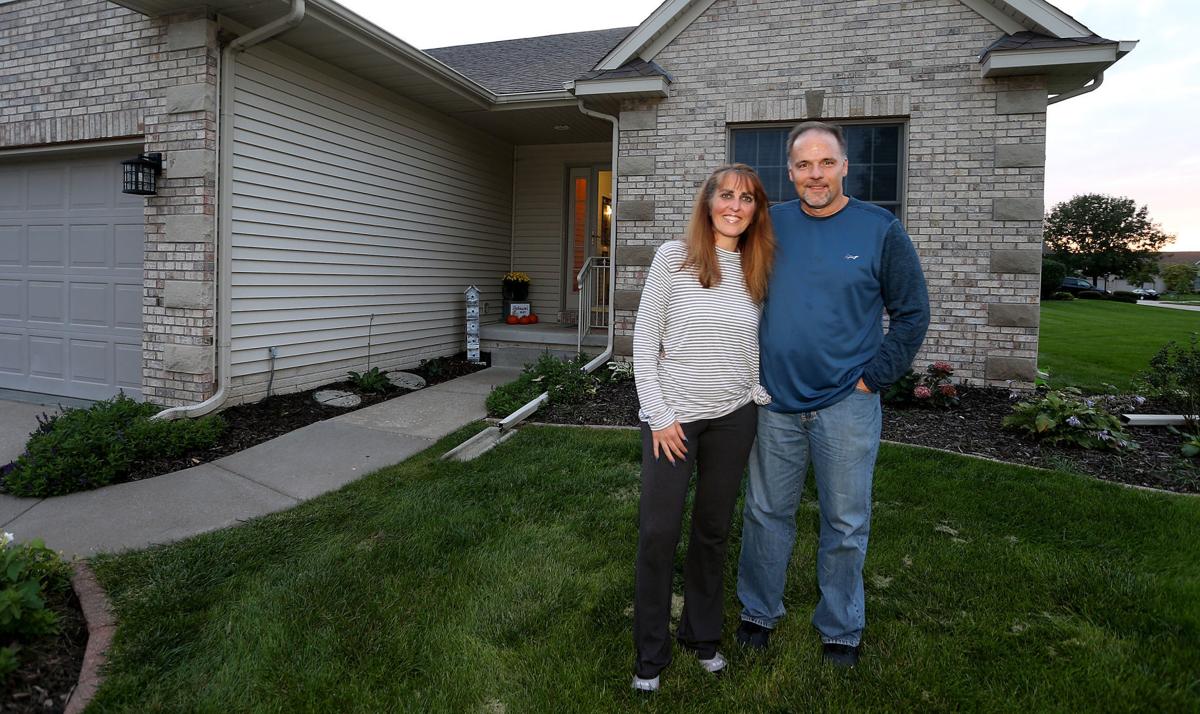 Doug and Lisa Dorris outside their new home.

And they lived happily ever after in the condo of their – almost - dreams.

Lisa and Doug Dorris, of Davenport, had a great time on an episode of the HGTV television series, “House Hunters." They also enjoy the condo they looked at in the “Dueling in Davenport” episode broadcast Sept. 24.

“We did have differences of opinion on what we wanted,” Doug Dorris said. They debated the appeal of a single-family home versus maintenance-free condo living.

Their contract prevents them from sharing their Davenport address or talking about exactly how the show is made. But they, and Mel Foster Realtor Pieter Hanson of Coal Valley were glad to talk about their overall experience.

The Dorrises, fans of the show, found an application with an internet search.

“Anybody can apply,” Doug Dorris said.

A couple of weeks later, they received an email, and participated in a live video conference audition. They also asked Hanson if he was willing to be part of it.

A production crew began filming in March when the Mississippi River was above flood stage, so some scenic areas depicting the Quad-Cities were impossible to shoot.

One shot did include the colorful “Welcome to downtown Davenport, Iowa” mural that greets Iowa-bound drivers on the Government Bridge.

“They asked us where good Davenport signs were,” Doug Dorris said. Lisa Dorris contacted the artist to ensure “House Hunters” had approval to show the work.

In other scenes, paintings were removed so “House Hunters” didn’t need a release from the artist.

Additionally, “House Hunters” did not want to display brands. “I was told to hold my finger over the ‘Samsung’ on my phone,” Lisa Dorris said.

Also, filmmakers advised the couple against wearing stripes or patterns, so they wore solid colors, without name-brands or logos visible.

Filming took about five days, Doug Dorris said. Once that was done, the couple waited to learn the air date.

“You kinda forget about it,” Lisa Dorris said.

The couple and Hanson said the show was completely unscripted. “They always let us be exactly who we were,” Lisa Dorris said.

Both Dorrises grew nervous before the show aired. They had a watch party at Boonie’s On the Avenue in Muscatine, where Doug Dorris is CFO for the Lee Agency, Inc. insurance group and TruAcre Technology.

Once the show began, the couple breathed sighs of relief and began to enjoy watching it. They watched it again when it was re-broadcast later that night..

The next day, a little girl came up to Lisa Dorris, a kindergarten teacher at Hillcrest Elementary School in East Moline. “I saw you on TV buying a house!” the student said. A woman recognized Lisa Dorris at the grocery store after the show.

Doug Dorris heard from people he hasn’t seen in years, some messaging him during the show.

Hanson watched the episode with a few other viewers at his Mulligan’s Valley Pub, Coal Valley.

He never felt nervous. “I’ve been doing commercials for so long,” he said.

After the segment aired, “Someone saw me with a Mel Foster shirt on at the post office, and asked 'Were you on ‘House Hunters?’” he said.

Other than that, “It’s not like people see the show and decided to list (their home). I haven’t gotten any additional business out of it,” said Hanson, who enjoyed the experience and would do it again.

In the meantime, the Dorrises have made some changes to the condo, which they purchased for $205,000 — it was listed at $225,000 — including lots of painting and installation of a gas oven. They appreciate their west Davenport location because it provides them about the same amount of drive time to and from work.

Lisa Dorris is enjoying her new gas stove. In the episode, Doug Dorris mentioned the need for storage for a "toy."  Now he has one: A boat at Sunset Marina, Rock Island.

Today — Columbus Day — marks a return of frosty weather to the Quad-Cities.

Doug and Lisa Dorris in their new home, Sunday, October 6, 2019, in Davenport. The couple's purchase process was part of an episode of "House Hunters" on HGTV.

Doug and Lisa Dorris in their new home in Davenport.

Doug and Lisa Dorris outside their new home.