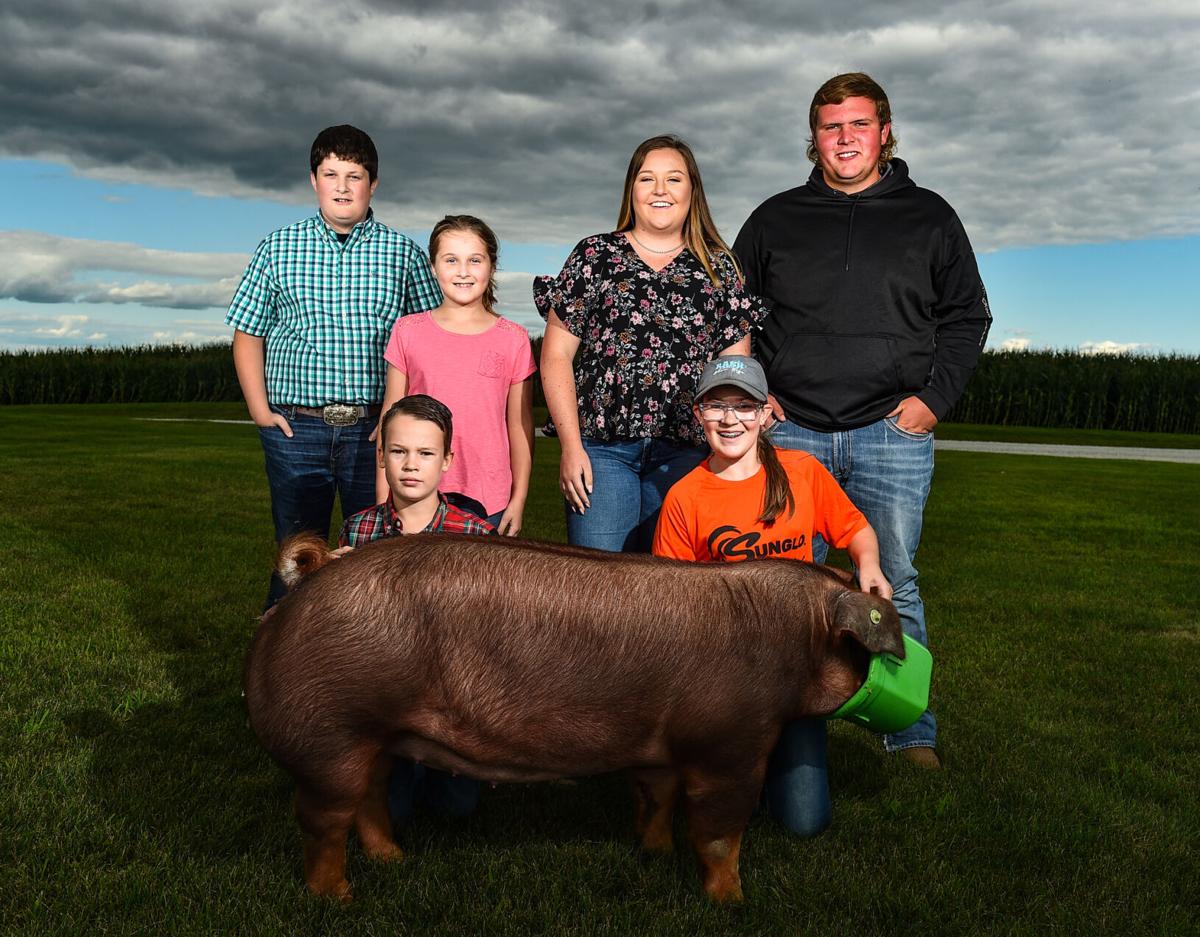 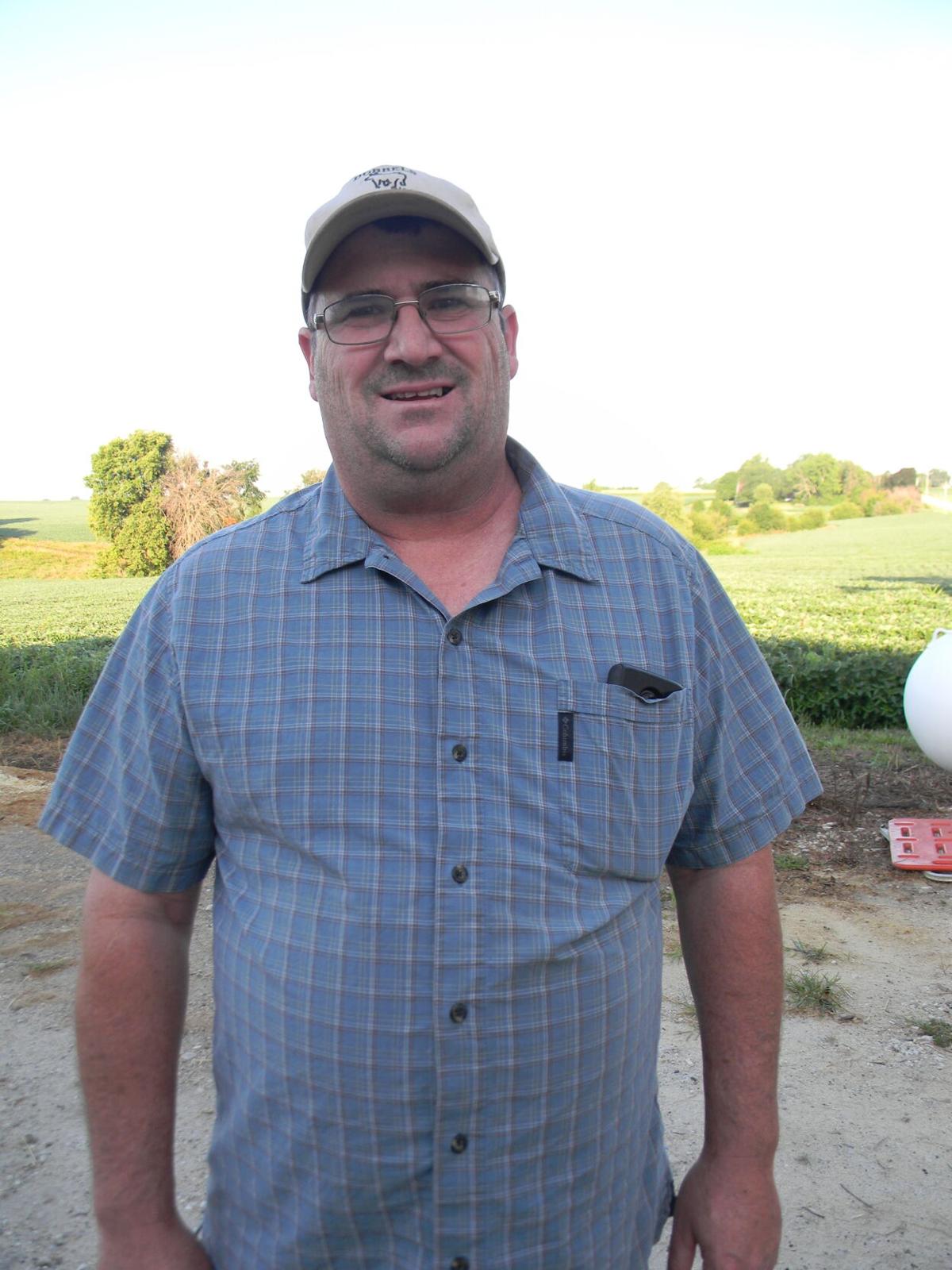 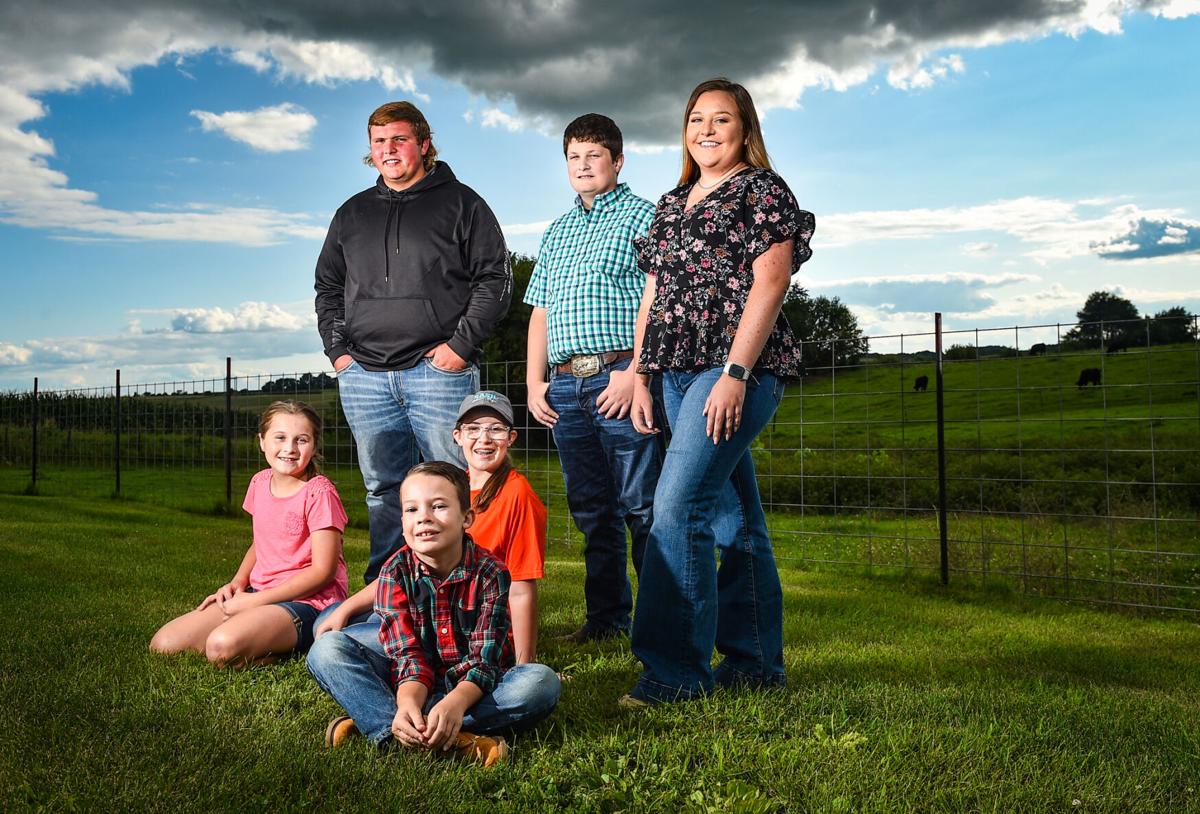 County fairs were being canceled by COVID-19 this spring, leaving 4-H kids who show animals with nothing to look forward to after months of hard work.

“It's tough to give that news to your kid,” Justin Hardin of Orion said.

Then a call came saying that a socially-distanced swine show would be held after all in early July in Henry County. Some of the families planned to sell market-ready pigs before the show, so numbers would be reduced, but it was at least a show.

“Boy, that perked them back up,” Hardin recalled.

Not only the swine show, but also a livestock sale of cattle, hogs, goats and sheep would take place, thanks to the efforts of Chris Dobbels and Duane Miller. The two swine superintendents for the Henry County Fair organized the swine show and livestock sale, respectively.

“I wanted to do something at least for the kids locally,” Dobbels said. “My kids are almost out of showing, but it would have torn me up that they wouldn't have gotten to show their pigs. Once it's in your blood, it's there for a while. You just love it. You love seeing the kids and their faces when they do good.”

Miller pulled off a livestock sale in two weeks' time, with the Henry County Pork Producers needing time to order the meat. The sale was contingent on Illinois going to Phase 4 of reopening Illinois after COVID-19, where if you were outside, you could have more than 50 if they social-distanced. The event was staged at Miller's rural Annawan barnyard. Because of COVID-19, no animals were brought through the ring as at a normal sale. People were seated at 30 tables for six, with the buyers sitting three to four at a table, and the sellers seated with their families.

Also given out were $15,000 to $20,000 worth of scholarships based on an essay and grades. As is the case every year, the money was provided by the Keppy Foundation and the Henry County Pork Producers Association.

Jaidyn Miller, 19, of Annawan, a 4-H hog ambassador — or spokesman for the industry — in Henry County, recalled her disappointment when she thought the livestock sale was canceled.

"I look forward to the sale because I know the money supports my college fund," she said. "Not having the sale would mean not having extra money for this year."

Another ambassador, 17-year-old Cole Ellerbrock, of Atkinson, said money from the sale helped keep the livestock project going through the end point of the state fair in September, which will be held by itself with the livestock portion alone.

“Pigs keep growing, and in case the governor shut down the state again, we wanted to have it soon. It came together pretty well,” Dobbels said.

With the market for hogs iffy, Dobbels said quite a few possible participants had locker appointments for their pigs they went ahead with. But, a larger crowd would have made it more difficult to ensure no more than 50 were in the barn at a time.

The swine show was announced the night of the livestock sale, and Dobbels made quite a few phone calls to potential participants.

He hoped to have 50 participants, and ended up with 64. They only showed four pigs in a class instead of 10 or 12 in order to alternate occupancy in the pens alongside the show ring. Some families asked if they could get in the hog barn the night before the show; no, they couldn't.

“They wanted you to show and go,” Dobbels said. “We kept to the guidelines. If something like this happens in the future, we could at least maybe host another show for the kids so we wanted to make sure we followed everything.”

Pigs in the special show were broken down into breeds where normally they are all mixed together. Dobbels obtained 45 banners to be able to award the top five in everything. (Normally only a grand champion and reserve champion are named.) “That way a few more kids got to go home with a banner,” he said.

Landry and Kenley Medley of Cambridge, ages 8 and 11, respectively, were among the swine show participants.

Landry said he was glad there was a show at all this year. "I got to see some of the people that I wanted to see," he said. His sister Kenley recalled that she was very disappointed when the fair was canceled. "It was exciting that we got to show our livestock this year."

"There weren't as many people in the ring so that it wasn't as crowded," Adelyn said, admitting she missed the rides, the food and seeing the friends she didn't get to see.

Brayden said he appreciated the time and effort it took for the men to set up the show and the sale during the pandemic.

"That was good," he said. "It was pretty fun going and meeting everyone who had shown."

Duane Miller said he'd be 60 next year and had been involved in 4-H one way or another since he was 8 or 9. He said if COVID-19 still was around next year, “we will have a sale for those kids at my house again.”

“They're the ones that are the next generation and are going to make things happen in our world,” he said. “4-H builds character. You meet a lot of nice people from the county and other counties, and it builds responsibility if they've got an animal to care for.”

“It's been almost a month and not one person has come down with COVID,” he added. “Everything went really well and everybody abided by the rules or recommendations very well.”

DES MOINES — The U.S. Department of Agriculture has estimated that 550,000 acres of Iowa corn will not be harvested this fall because of damage caused by the Aug. 10 wind storm that swept across the state. 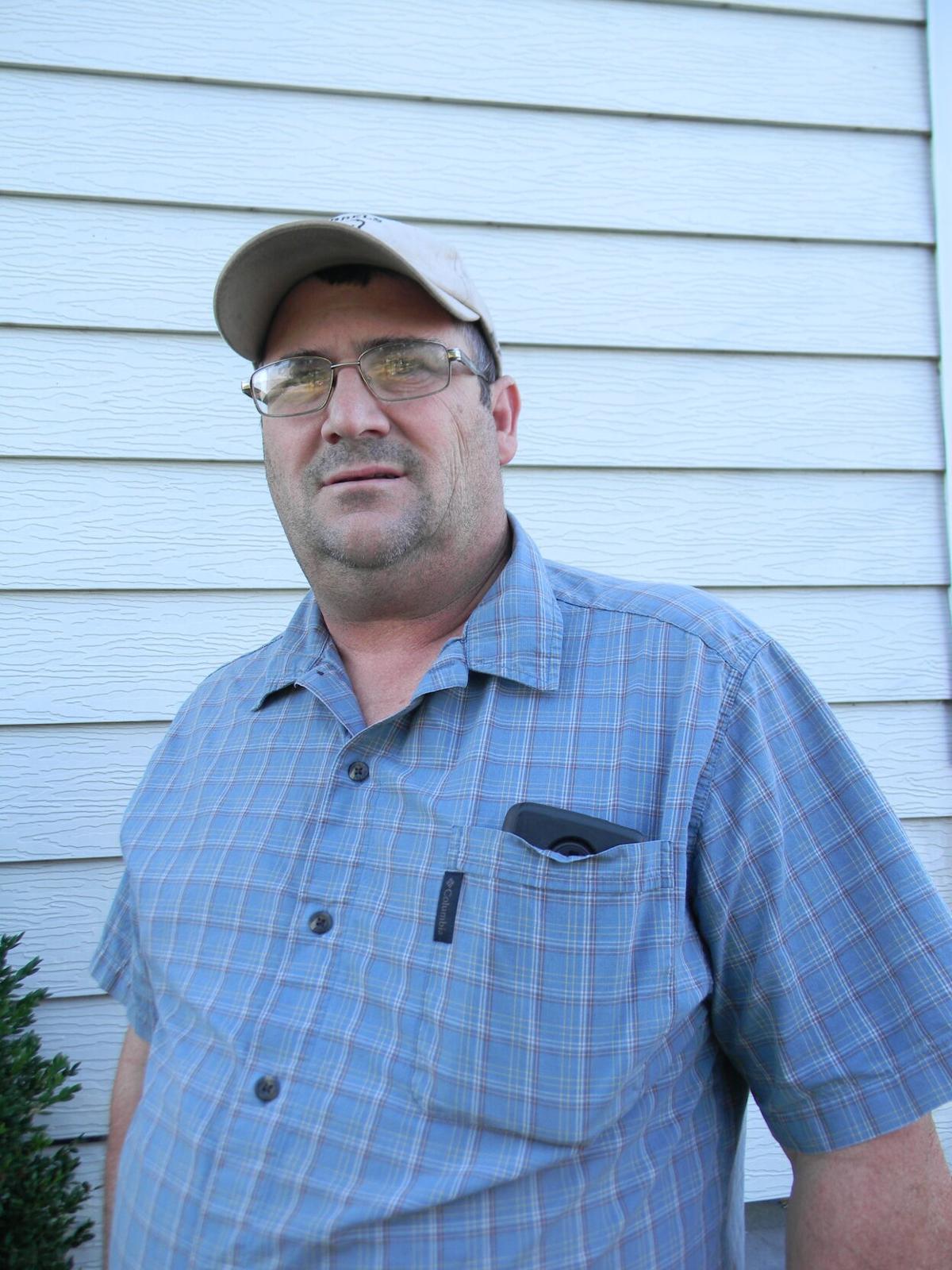 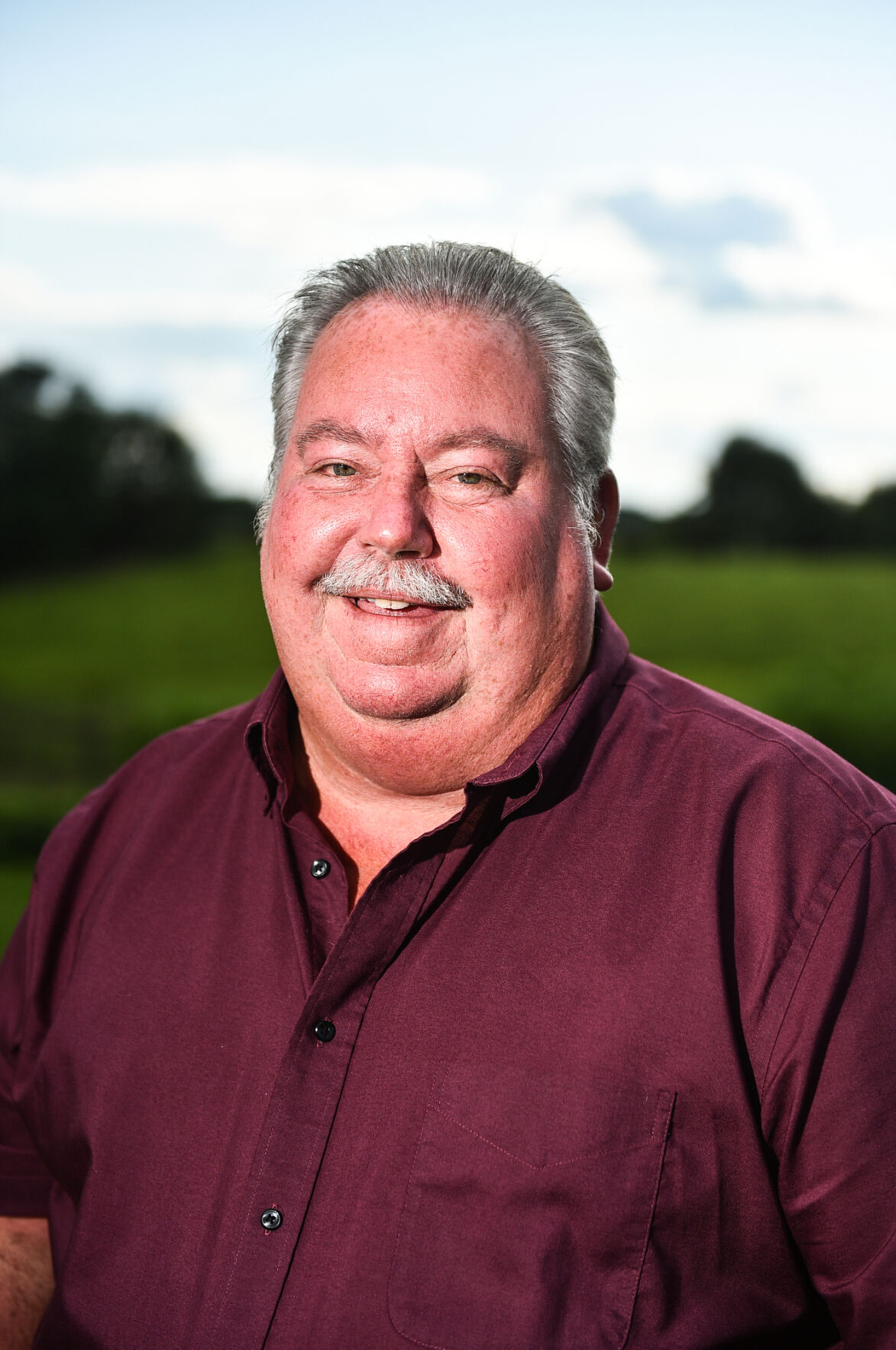